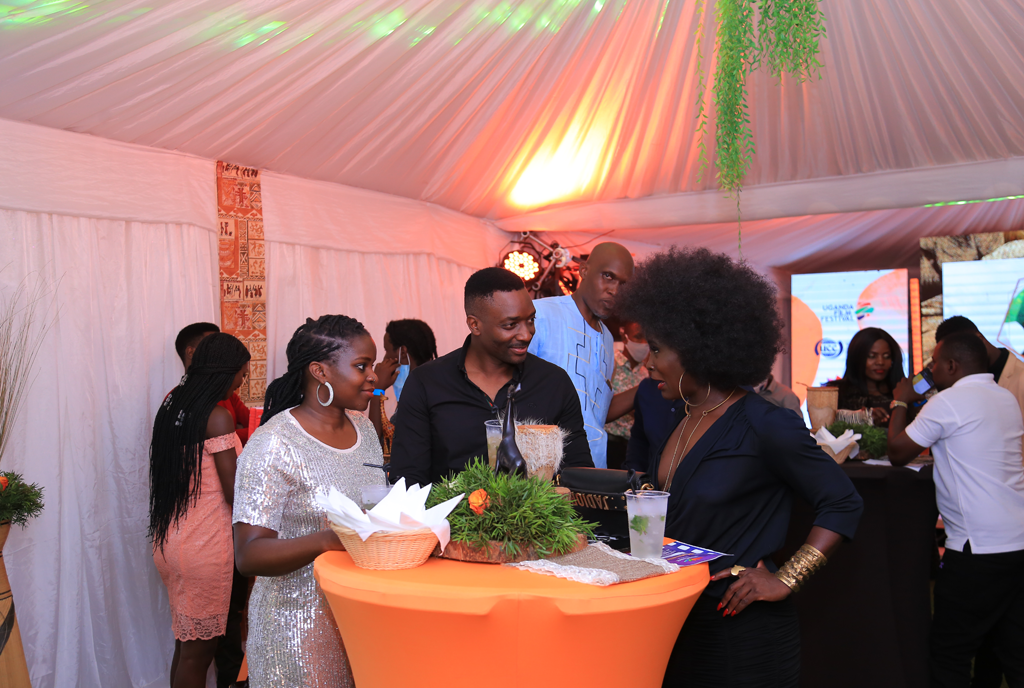 Eleanor and Matthew Nabwiso chat with actress Nana Kagga during the launch of the 8th edition of the Uganda Film Festival (UFF) at Acacia Mall, Kisementi on Monday, 29th March, 2021.

The Uganda Communications Commission (UCC) together with MultiChoice Uganda launched the 8th edition of its five-day film festival with a cinema opening event at Acacia Mall in Kisementi.

The Uganda Film Festival (UFF) is intended to streamline and develop the film industry in Uganda.

The week-long festival will have film screenings, film trainings for script writers, film exhibitions, workshops among other activities that will culminate in an Award Gala night this Friday with outstanding film creations winning awards. Speaking at the Cinema Opening Event, Susan Wegoye, the Director of Legal Affairs, Uganda Commu-nications Commission (UCC), said that this year’s edition will run from 29th March 2021 to 2nd April, 2021 under the theme, “Rebuilding a Resilient Creative Industry through the Pandemic.”

“MultiChoice Uganda is vested in forging partnerships that facilitate the growth, development, marketing and showcasing of local content and the film industry at large. As part of our sponsorship, we shall enroll the script writers that emerge from this year’s Uganda Film Festival into the MultiChoice Talent Factory (MTF), a Corporate Social Investment initiative that we launched to train and certify passionate film producers, writers, editors, production managers and actors onto a Masterclass on script writing, which will be coming in the next few months.” 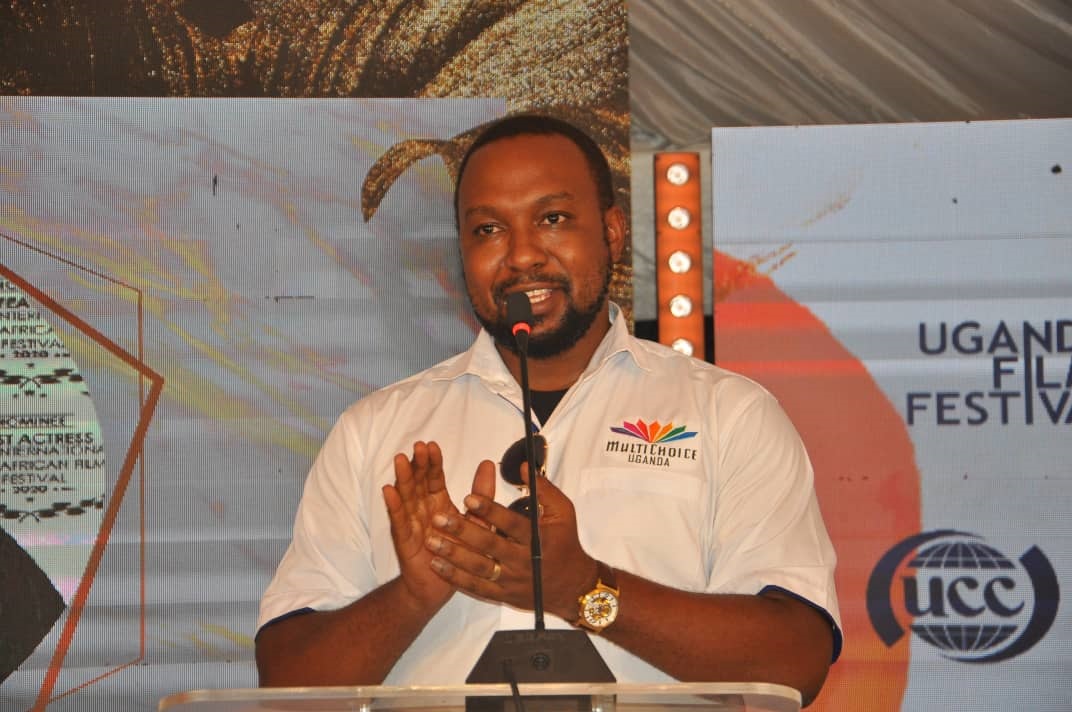 Colin Asiimwe, the Head of MultiChoice Uganda during the launch of the 8th edition of the Uganda Film Festival (UFF) that took place at Acacia Mall, Kisementi on Monday, 29th March, 2021.

MultiChoice Uganda will also be sponsoring two awards this year; the Best Director category and the Best Cinematography category as it strives to support the local content being produced in Uganda. For both these awards, they will offer a cash prize of Shs 10M and a mentorship programme in the republic of South Africa with M-Net Studios.

Mr. Asiimwe further revealed that, “All the movies which emerge as winners on the Award Gala night, will be given the option to air on Pearl Magic and Pearl Magic Prime for a certain period of time, with the express permission of the content owner. We will also put together prize packs for all the winners awarded in the various categories.”

Launched in 2013, the aim of the Uganda Film Festival (UFF) is set to provide a platform to air and showcase local content in the film industry, award remarkable industry players, generate revenue as well as promote the industry through training in addition to driving interest in Ugandan film both locally and internationally.