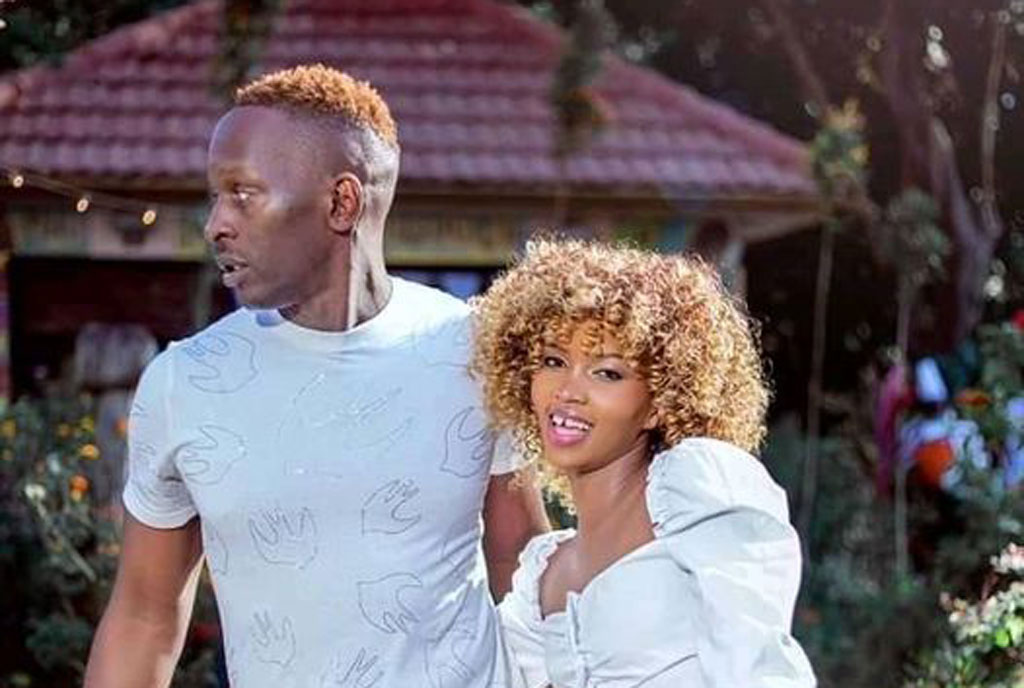 Sheilah Gashumba’s relationship with God’s Plan is said to have ended several months ago but nothing conclusive had been produced. The pair have been in an on and off relationship for over two years but looks like it is now over for good.

A few days ago, the internet was filled with videos of Sheilah Gashumba kissing another man and God’s Plan romantically cuddling another woman Pearl of Africa Hotel.

Through a series of tweets, on Tuesday, Sheilah Gashumba confirmed the break up when he posted that she was feeling the heat being single.

Bruh!! This weather isn’t for single people like Face with tears or just stick to making money.

In another tweet, Sheilah noted how she does not remember saying she is dating anyone.

Lol i DONT remember saying im dating anyone ??Single like a Pringle ? https://t.co/uPdXlwq9lz

According to God’s Plan while appearing on STV,  revealed that the lady in the video is just is friend. He further revealed that he and Sheilah broke up back in August 2020 but took a trip to Zanzibar to see if it would help work out their issues but failed.

“That lady is one of my employees she’s a friend and more like a sister nothing more,” he said. He added that “to be honest with you Sheila and I broke up in July- August, we tried to make it work, we went to Zanzibar but sadly it didn’t work out so we both agreed to let go and we both moved on.”

He concluded that he has so much respect for Sheilah and her family and there is no bad blood between them.

While in Zanzibar they posted lots of photos of them together having a great time.

The relationship drama between God’s Plan and Sheilah Gashumba has often been an on and off affair but we had not reached this point.