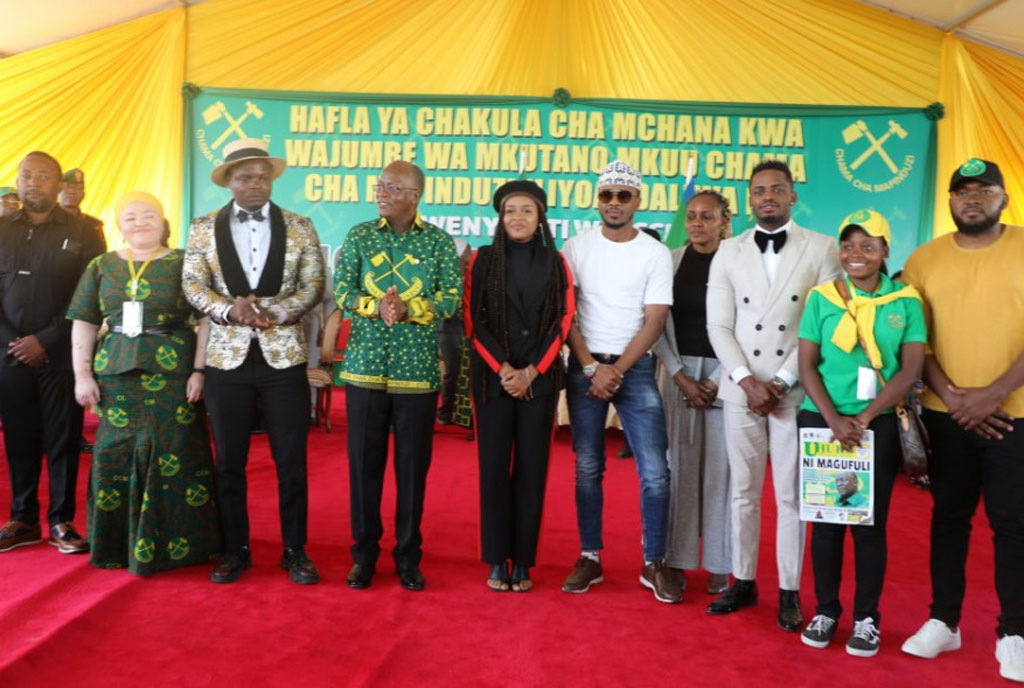 Tanzanian President John Pombe Magufuli was pronounced dead on Wednesday following a cardiac arrest. In his death, Magufuli is remembered for bringing a raft of changes in the bongo music industry.

Here are some of Magufuli’s contributions to the bongo industry.

Following years of feuding, Magufuli summoned the two bongo stars and challenged them to unite. According to Magufuli, the two are young people who should not waste time-fighting. The move was instrumental as Diamond Platnumz and Alikiba shared the podium in a rare occurrence.

During his re-election campaign, Magufuli brought together almost all top bongo musicians. This was a rare move as it had never happened before. Normally, the campaign trail only attracted a few artists, but during Magufuli’s era, almost the whole industry was brought together.

For years, Tanzanian musicians relied on South Africa for ordinary music video shoots. However, the entry of Magufuli into the mix led to the relaxation of existing policies that made shooting music in Tanzania easy. For instance, bongo musicians can now access venues that were once inaccessible due to high fees.

During his tenure, Magufuli moved the Copyright Society of Tanzania (COSOTA) from the Ministry of Industry and Trade to the Ministry of Information, Culture, Arts, and Sports. He argued that the realignment was meant to ensure musicians are well compensated