I rub shoulders with bigwigs through emceeing

Pius Lubwama, also known as Mbirozankya works with Buganda Land Board. He has made a name in the entertainment industry through emceeing at various functions Godfrey Lugaaju had a chat with him. 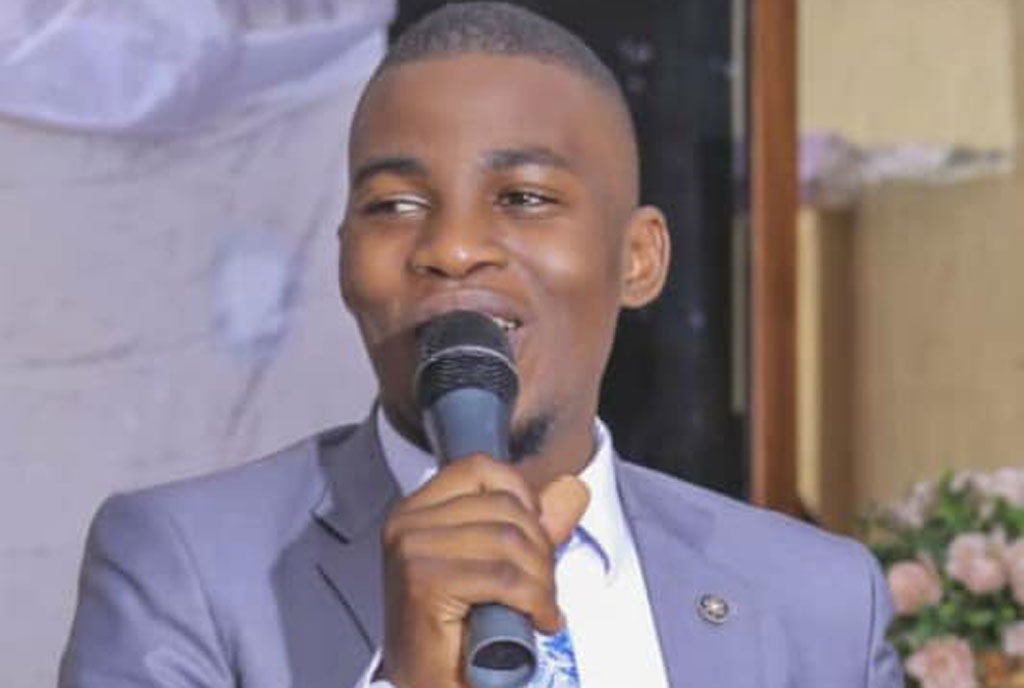 How do you describe yourself?
I am a Rotarian, social, pragmatic and I love serving humanity.

When and how did you start emceeing?
I started emceeing in my Primary Four. But I started commercial emceeing in 2013. During my Senior Six vacation, I attended a high school prom party at Kati Kati where I met an old friend who was working with Kadanke Company. He knew I was good at emceeing and because the official emcee had not arrived, he asked me to work as an emcee for that event. The audience was thrilled by the performance and I was retained on stage even when the official emcee arrived.
From that moment, I became more confident while addressing large crowds and I have never looked back. In 2013, I was invited by Movit Company to host the KCCA City Carnival and the rest is history.

What fascinates you about what you do?
Meeting new people, making new friends, rubbing shoulders with different dignitaries and opportunities of travelling to new places. I have travelled to Tanzania, Ethiopia and most recently to Ghana all because of emceeing and Rotary.

How do you keep yourself creative?
Before I start my presentation, I first study my audience- the nature of people who have attended the event, nature of the event and the age bracket.I listen to radio programmes and news to get to know what is trending in the country at that time and align my jokes, comedy or satire to suit the current affairs.
I combine both words and dance to package my work.

What has enabled you to progress in this industry?
Being passionate about what I do because I love talking to crowds. Being creative, keeping clients as my friends, adhering to client’s commitments, time management, scheduling my programme to the satisfaction of the client, then most importantly working with professional emcees that I always admired such as Patricko Mujuuka, Brian Mulondo, Richard Tuwangye and Birimuye Matovu, among others.

Have you been disappointed in this line of trade?
Some clients default on payments, especially after the event is done. In most cases, event organisers pressure emcees into adding new items on the programme during the event and this affects the flow. Some people don’t take me seriously even when I am serious, because of my comic character and looks.

What does it take to be a good emcee?
It takes passion, selection of words to be used (diction), smartness, studying your audience, time management and fulfilling commitments.

Tell me of any functions you have emceed on?
Quite a number to the extent that I do not recall some of them like Buganda Expo in front of Kabaka of Buganda, weddings, music album launches, being a katumwa on introduction ceremonies, but mostly since I am a Rotarian with Rotary Club of Rubaga Lakeview and Rotaract Rubaga, I have been given many opportunities to work on Rotary events like Charter celebrations and Installation of new club presidents.

What have you benefited from this trade?
Aside from the travelling, I have raised money for my tuition, established networks and met important people such as the Speaker of Parliament, Governor Bank Of Uganda and managing directors of reputable companies.

What kind of event are you more flexible doing?
Weddings, graduation ceremonies, music concerts and fundraisers.

Do you think emcees sell themselves short?
Yes. By being vulgar, getting addicted to drugs and failing to commit themselves on duty, they lose the trust of their clients.

When men say they do not understand women? What do they mean?
Most women are unpredictable and very emotional.

What habits do you frown upon?
Indecency, antagonistic and laziness.