Will Ugandans finally pay for music?

Streaming: From Tidal, Deezer, Apple Music, Boomplay to Spotify, streaming services are making their way into the market. Will it eventually take off? Andrew Kaggwa writes. 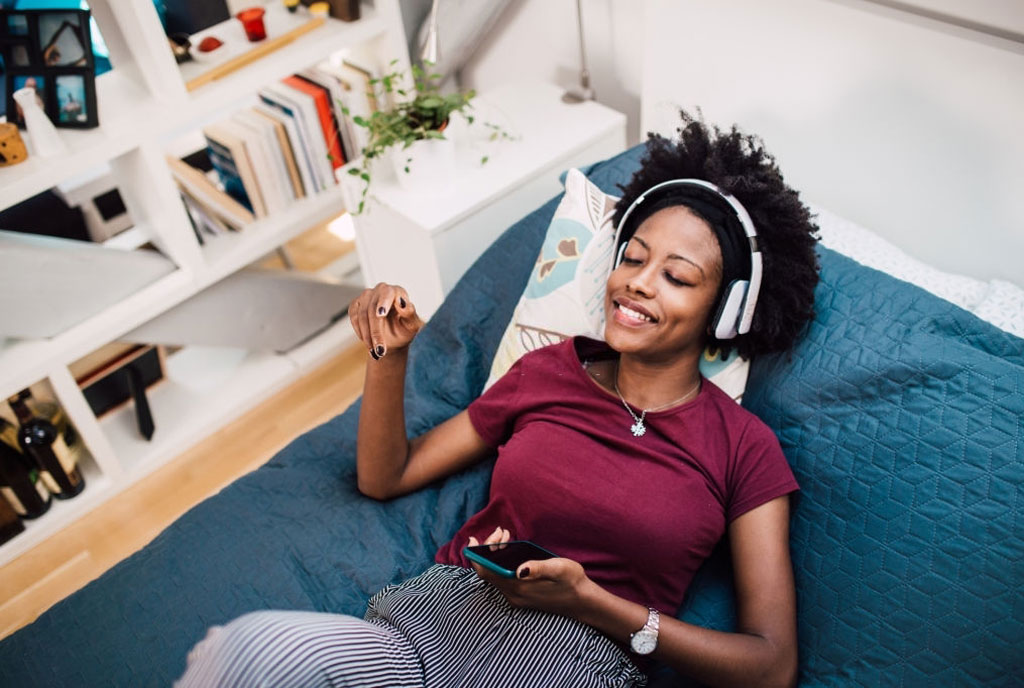 The catch According to Swang Avenue’s Julius Kyazze, our artistes need to look beyond the Ugandan borders if they are to benefit from streaming sites. PHOTO /COURTESY

Mid 2018, Jay-Z’s music streaming service, Tidal, made its way into Africa. They were launching in Uganda, South Africa and Nigeria, among other countries. They made a splash that everyone had to notice.

In an event graced by different entertainment personalities, the streaming giants made the first step to organising and streamlining Ugandan music by making the consumers pay for what they listen to.

As this was happening in Uganda, in South Africa streaming sites such as France’s Deezer and the US-based Apple Music by technology company Apple Inc was making a footprint in the country. Streaming both audio and video in South Africa has grown over the years that according to a study by accounting firm PricewaterhouseCoopers, by 2022, streaming in South Africa will generate about $50m (about Shs183b), thrice the sum that was generated in 2017.

Yet, South Africa and the rest of Africa are miles apart in terms of technology and infrastructure. And because of this, South Africans most of the times react to technologies in a different manner compared to their African counterparts.

For instance, where many Ugandan artistes will freely give out their music to a vendor or a salon owner to play as a way of promoting them, South Africans have channels and some form of structures.

Because of the rudimentary ways artistes seek to promote music, it is easy to find their latest song being leaked on WhatsApp groups or unsuspecting websites that avail it for download without remitting a coin to the artiste.

With such an arrangement, an artiste only prays the song becomes popular and they get booked by various concert organisers to perform and get paid.

On March 16, 2020, almost a week before Uganda registered a Covid-19 case, the Ministry of Health under the guidance of President Museveni moved to ban public gatherings.

Among the affected were worship congregations, recreational gatherings such as concerts, conferences and picnics. For many Ugandan artistes that were used to only making a living from when masses gather, the measures to limit the spread of Covid-19 were a big blow.

However, there are others that sought the opportunity to push their music that had been seated on different streaming websites for years. These are sites such as Deezer, Apple Music, Mdundo, Tidal, YouTube and Boom Play, among others.

And indeed, there was a spike in activity on these platforms since many people were home. Some artistes such as Jose Chameleone, Bobi Wine and Spice Diana even used the opportunity to organise online concerts.

In East Africa, artistes such as Fena Gitu, Nyashinski, P-Unit and Sauti Sol too held online concerts that seemed to be received well. Some corporate companies even made it a routine to organise weekly shows while some festivals such as Nyege Nyege and Blankets and Wine held editions where both Ugandans and those in the Diaspora could pay to access the stream.

All these could affirm to a fact that there is potential in African and specifically Ugandan music.

For instance, according to a Uganda Communications Commission quarterly report released in June 2020, there had been a growth in mobile data subscription from 15.4m to 16.9m between October and December 2019.

This may probably be the reason why each day that goes by, more digital players are flocking the market. Last month, Swedish streaming giant Spotify launched in Uganda.

This was a few months after Apple Music had quietly made their way onto the market, but even before we could welcome them, Orchard and TuneCore, both digital distributors, joined the fray.

Apple Music and Spotify are the joint largest music streaming platforms. Spotify boosts of more than 100 million paid subscribers, but since they also have a free version, their subscribers could scale up to 200 million.

Potential of the industry

Antony Mwandha, the restructuring officer at the Uganda Performing Rights Society (UPRS), says Uganda has a very big potential. For instance, he says Uganda has 65 indigenous communities that have a unique culture, music and styles.

“At the moment, all these small industries are coming up and their music is being played for free,” he says, adding that in the first 60 days of the Covid-19 lockdown, 700 concerts were cancelled, a sign that there is activity happening everywhere.

By the time Mwandha and team started restructuring UPRS, their database had only 3,000 registered artistes, a number he says can become bigger. However, even with just that little number, and bad agreements that UPRS had been part of, the society had managed to collect at least Shs250m from online sales.

“UPRS was given a bad deal by Africha as an intermediary between Orchard, the digital distributors, and UPRS” he says.

In the deal, for all revenue that was collected, Orchard the distributor got 20 per cent while the remaining 80 per cent was shared evenly between UPRS and Africha, an intermediary.

“The fact that all these companies are coming to set up shop here is a sign that we have the potential, even with these few shortcomings,” he says.

When it comes to streaming, many people have argued that there is a low internet penetration in Uganda and thus, this will affect the survival of streaming sites coming to do business in Uganda, others also believe streaming music is a thing for the minority elites.

Plus, with the high internet tariffs, coupled with daily over the top taxes, such innovations may not thrive as expected.

Mark Mpirirwe, however, disagrees, saying with or without OTT, Ugandans are yet to appreciate audio content.

Mpirirwe is a radio presenter on Record radio and the founder of E Jazz Radio, an online radio. With an experience of 10 years, he says most Ugandan artistes will release music that will perform relatively well on YouTube but fail to catch on with streaming sites.

“I don’t think OTT is a factor, how come 10 minute videos on Facebook which is restricted, have very many views compared to a song of three minutes on, for instance, Apple Music?” he wonders.

In 2018, news made rounds that Swangz Avenue had ventured into streaming services. The mobile application Sauteez is meant to be a one stop centre for everything Ugandan music.

Julius Kyazze, one of the founders of Swangz Avenue, says while starting, they had a lot of going back and forth about the payment gateway. For instance every time a subscriber makes a payment, a percentage will go to application hosts such as Apple or Black Berry.

This is easier when payments are done with the aid of credit or debit cards.

“Our biggest target were Ugandans and we really focused on mobile money as a mode of payment and they could not fully grasp that part of it,” he says.

And this is one hurdle that many service providers that wish to trade in Africa fail to get around. Franco Moussa Soumbounou, the general manager of Universal Music Africa for French speaking Africa, while speaking with the African Report, was quick to note that in Africa, streaming will hardly grow if telecom players do not collaborate with the industry.

He reasons that with Africa’s low banking rate, the payment tools can only favour the minority.

And indeed, platforms that have managed to collaborate have been able to penetrate markets. Take an example of Boomplay, highly taunted as Africa’s streaming leader with more than 70 million users and two million new users every month. The application that was first launched in Nigeria has ably penetrated the market by being pre-installed on Chinese mobile phone manufacturer Transsion’s smartphones that include Tecno, Itel and Infinix brands.

In Ivory Coast, telecom company Orange partnered with Deezer to have it launched in the country and in Uganda, it was MTN in a marriage with Tidal – these collaborations made payments less complicated since locals could use the different available avenues to buy music.

Should artistes be excited?

Besides all the hardships though, Kyazze believes artistes have a reason to be optimistic.

He says local artistes, while looking at what they can achieve with streaming sites such as Spotify, should look beyond the Ugandan borders.

“We are a small market and if you are an artiste focusing on the four million Ugandans with smartphones, there is no future,” he says.

Mpirirwe seems to share the sentiments, saying one cannot simply focus on a Ugandan audience when they are doing anything online.

“Personally, I had to break out, especially during the lockdown. I had to collaborate with other people in the field, even non-Ugandans, to tap into their audience,” he says.

Mwandha says there is more money to be made for artistes if they make the right moves. For instance, he says even when it has not been enforced, streaming services have to pay for a Performing Right Online Licence (PROL).

With about 32 known streaming services, each is supposed to pay a PROL, which money would still be distributed among artistes signed to UPRS.

“In that way, an artiste registered with a society earns twice, from his music downloads and royalties from those sites having his music through UPRS,” he says.

During the Grammy Awards ceremony that was held last Sunday, Nigerians made their presence felt in different capacities. WizKid won Best Video thanks to his contribution to Beyonce’s “Brown Skin Girl”, a single off the Lion King soundtrack album, The Gift. Burna Boy, after a failed attempt last year, won Best Global Album for his “Twice as Tall”, while Tiwa Savage, and Fela Kuti’s offspring, father and son Femi and Made Kuti were contributors to Coldplay’s Everyday Life album.

If there was one thing Sunday night proved, it was the fact that Nigerian music had indeed arrived. In December, Uganda’s top 100 on Apple Music and Tidal was littered with Nigerian music that one had to be lucky to spot a Ugandan song.

Won’t Spotify, Tidal and others bring their competition even closer?

Kyazze believes the world is listening to Afro-beat, not Nigerian music.

“This is a time for Afro-beat and Nigerian music simply happens to be at the fore,” he says.

He adds that streaming sites are providing a global platform where they can all showcase.

“Our artistes should embrace it instead of hiding behind our incompetence. These sites are exposing our ability and inabilities. If we are to compete, we have to compete with the best,” he says.

Will Ugandans pay for music?

World over, according to Kyazze, people do not like paying for things, but at least, they pay for convenience.

“Streaming sites offer convenience, you don’t have to fill your phone with songs or look for a CD guy to get you the latest song,” he says.