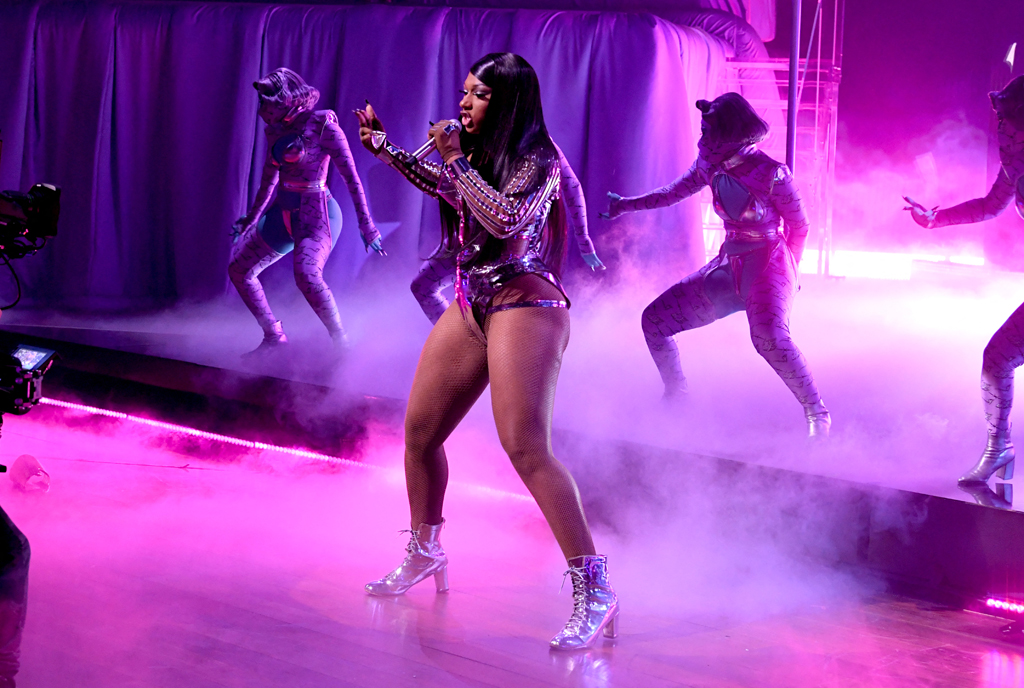 The Grammy Awards is often more of a concert than a prize-giving gala, with many of the dozens of trophies handed out before the main event.

But on Sunday, after a year when the music industry was devastated by the coronavirus pandemic, the performances – many of them live from Los Angeles, respecting social distancing guidelines – seemed more electrifying than usual.

Here is a look at the high points of the night:

First there was Megan Thee Stallion, who body-rolled and booty-popped in a series of bedazzled bodysuits that showed off her enviable thighs through her hits “Body” and “Savage.”

After an odd but perfect tap-dancing break, there was fellow rapper Cardi B, who offered “Up,” her latest single, looking like an armored sultry superhero in a futuristic neon set with eye-opening graphics.

And then, the night came to a head with “WAP.” 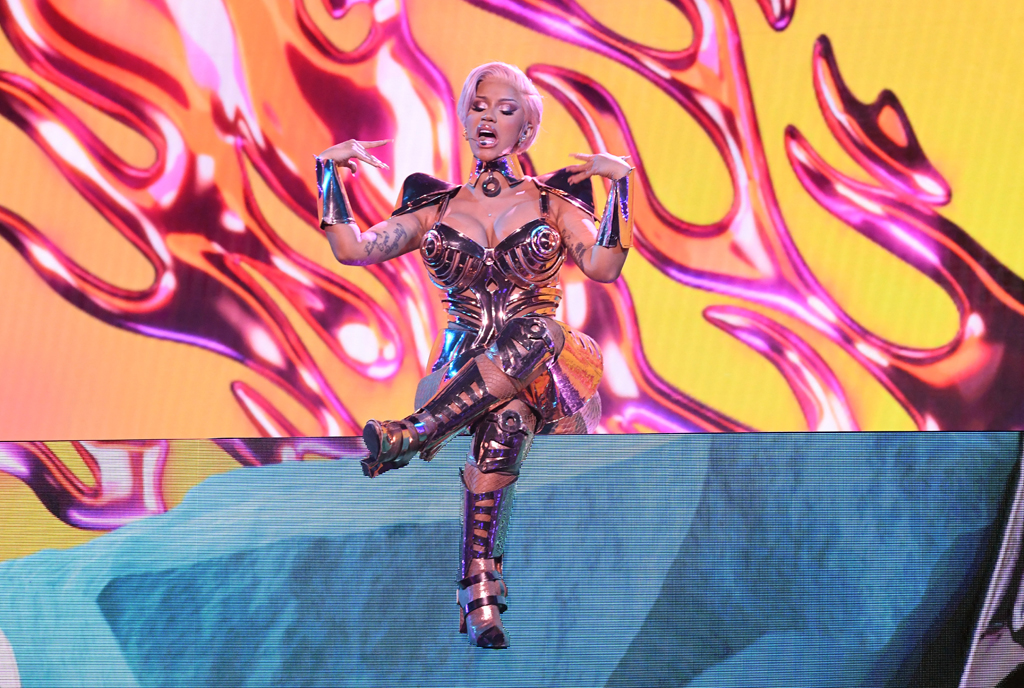 In this image released on March 14, Cardi B performs onstage during the 63rd Annual GRAMMY Awards at Los Angeles Convention Center in Los Angeles, California and broadcast on March 14, 2021.

The bawdy summer smash brimming with sexual metaphors — whose name refers to a saucy acronym referring to a well-lubricated vagina — would have been a likely candidate for the cutting room floor on broadcast network TV.

But after a year indoors with no live performance, the Academy amped up the mood with a little “WAP” – censored, yet satisfying.

The pair celebrated female sexual pride with gyrations, twerks, and a few pole twirls, peaking with a jaw-dropping scissoring flip on a massive bed.

After facing years of accusations that its performances were staid, tribute-heavy and stuck in the past, the Recording Academy rolled out a series of heavyweight performances that for once seemed to capture the true face of pop.

One perfect sequence saw rappers DaBaby and Roddy Ricch perform an orchestral version of the chart-topper “Rockstar,” followed by Latin trap king Bad Bunny, who took the stage to deliver a club-ready glowing rendition of the hit “Dakiti.” 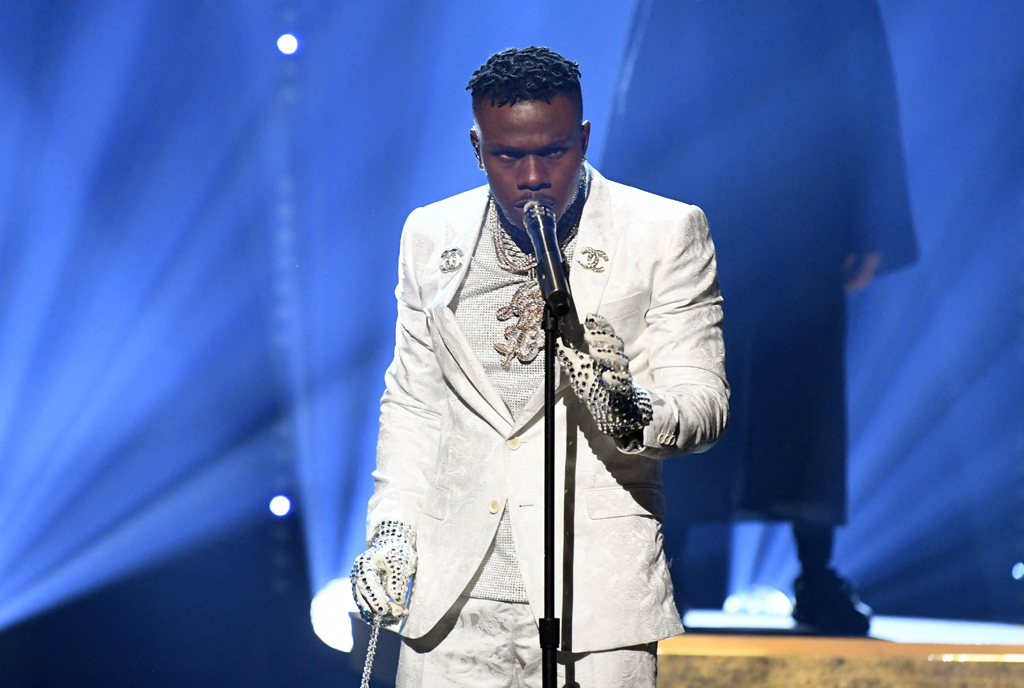 In this image released on March 14, DaBaby performs onstage during the 63rd Annual GRAMMY Awards at Los Angeles Convention Center in Los Angeles, California and broadcast on March 14, 2021.

And then came British pop star Dua Lipa, who actually appeared to levitate in a blooming purple dress to perform “Levitating.”

She stripped down to a disco-perfect sporty bikini for her smash “Don’t Start Now,” with eye-catching, high-kicking, aerobics-style choreography fit for a Jane Fonda workout video.

Pop star Harry Styles, who scored his first Grammy ever Sunday, impressed with his outfit, which included a fluffy green boa paired with a leather jacket and pants — highlighted by a bare chest.

His sexy stage antics got Twitter talking as he delivered a rendition of his erotica-tinged hit “Watermelon Sugar.”

Country’s women get their moment

Country music doesn’t always get a lot of air time at the Grammys, but in a year when women ruled the night, it was only fitting that three of the genre’s most compelling female stars took the stage.

First up: Mickey Guyton, who is the only Black woman ever nominated in a country category.

She delivered a beautiful rendition of her hit “Black Like Me,” before ceding the stage to Miranda Lambert, winner of the Best Country Album prize.

Lambert sang “Bluebird” before handing over to Maren Morris, who sang “The Bones” — with John Mayer backing her up on guitar and vocals.

In a genre that has been roiled in controversy in recent years for its white, macho bent, the women offered a different face of country music.

The Grammys pays tribute every year to industry greats who have died, but the segment took on added poignancy given the hundreds of thousands of US deaths from the coronavirus, including John Prine, who won two posthumous awards.

A constellation of stars joined forces for the “In Memoriam” homage — first up were Bruno Mars and Anderson .Paak, singing “Long Tall Sally” and “Good Golly, Miss Molly” in honor of Little Richard, who died in 2020 at age 87.

Then, in an emotional high point, pop crooner Lionel Richie came out to sing “Lady,” the hit song he wrote for the late Kenny Rogers.

He was followed by Brandi Carlile, who honored Prine by singing his “I Remember Everything,” for which he won the two awards posthumously.

“It was an unspeakable honor to sing it tonight,” Carlile tweeted.

Lil Baby staged a powerful performance of his protest song “The Bigger Picture,” which opened with actor Kendrick Sampson of “Insecure” getting shot by police after being found sleeping in his car. 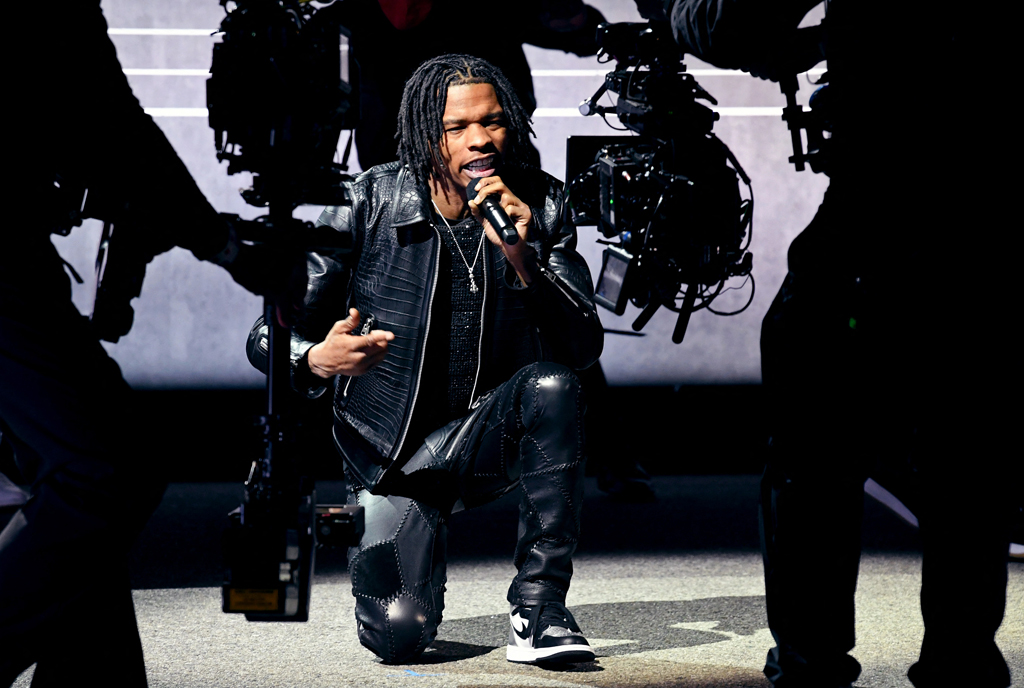 In this handout photo courtesy of The Recording Academy, Lil Baby performs during the 63rd Annual Grammy Awards Ceremony broadcast live from the Staples Center in Los Angeles on March 14, 2021.

The song that earned the rapper nominations for Best Rap Performance and Best Rap Song provided powerful comment on police brutality, after a year rocked by massive anti-racism protests triggered after George Floyd, a Black man, was killed in police custody.

The set shifted to a police lineup and Black Lives Matter rally, with activist Tamika Mallory offering an plea for help.

“It’s a state of emergency,” she said. “President Biden — we demand justice, equity, policy, and everything else that freedom encompasses. And to accomplish this, we don’t need allies, we need accomplices.”

In this article:Cardi B, Coronavirus pandemic, entertainment, featured, Grammys, trending