Nga they are potential murder convicts with an itch to harm 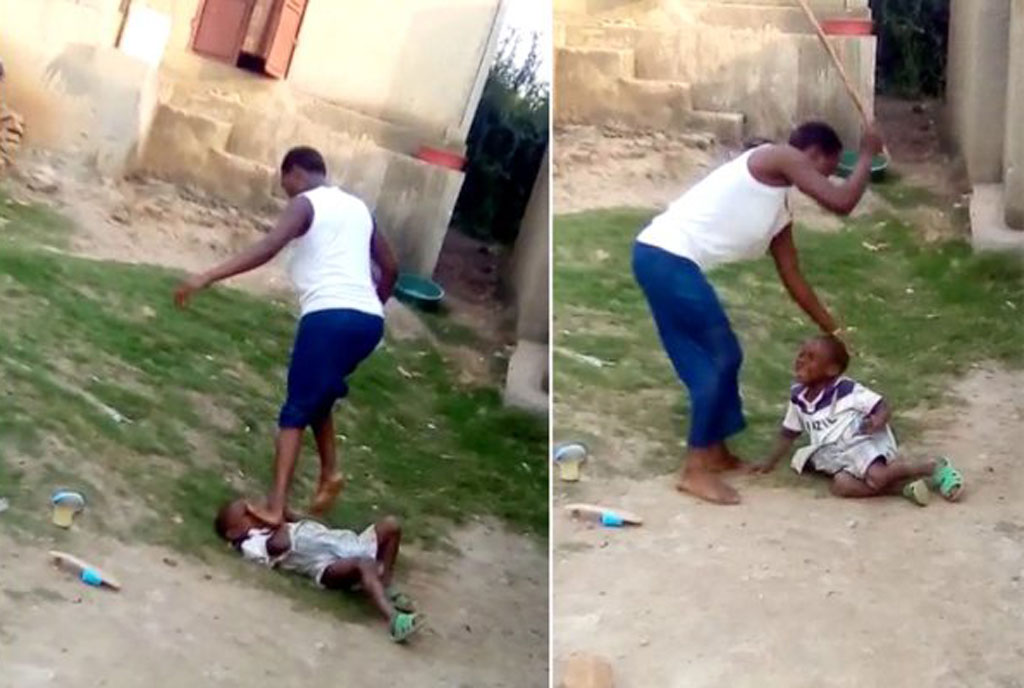 A screen grab from the video that has since gone viral on social media, shows Patience Uwimana severely beating the child. Police is yet to arrest the suspect who has since gone into hiding.

So Patience Uwimana, the villain in that infamous video that went viral last week (I think) of a mother thrashing her child, gets to go to prison where she belongs and her tortured child gets to live a less violent life (hopefully) and enjoy a bursary up to university, thanks to what they are calling a generous local organisation.

I know this is a good resolution to this nasty matter but the thirsty cynic in my mind can’t help thinking that now people might start recording themselves doing things to their children hoping that they too might get noticed and secure bursaries for their kids. There are people who will do anything out of desperacy to give their children a future, even if it means making Kitalya Prison their permanent retirement countryside home.

Of course this was not Uwimana’s game plan. She’s too dim-witted to think this way anyway.  Apparently, she is a former convict in the attempted murder of her father and that she had also threatened to kill her husband. As you can see in this very disturbing case of domestic violence,  old habits die hard.  Uwimana keeps insisting on returning in part two, three and four to showcase her shaolin kung fu wushu. I can’t help but wonder what kind of beating that child was enduring before his suffering was televised.

That gets me thinking, what if some of the police and army men and women who go overboard by beating and torturing us ‘people of down’ have the same problem as Uwimana. What if they are potential attempted murder convicts with a persistent itch to harm, prancing around in uniform, waiting for a child (or adult) to pounce on? Because if this is the case, then we might all need bursaries and the violent wayward officers taken to jail.

Ideally this week’s column should be about Burna Boy and how the album I inspired him to do won him the best global music album at the 2021 Grammy awards. But instead here we are talking about Uwimana. Burna and I go a long way. Back in the day when bivulu promoters instead of paying him for a performance, would say the opportunity to be on stage was payment enough. They called it exposure; as if it can pay bills. The most they would give was boda boda and rolex money but now see how far we have come.

I think now’s a good time to talk to him about also setting up a generous local organisation which can also rescue battered children from their violent parents. Let me first arrange my words so I can impress when I make my pitch.

In the meantime, be listening to  “Bank On It”. It’s my favourite off the award winning, “Twice As Tall”  album.