I first met my father in 2000 – Diamond Platinumz 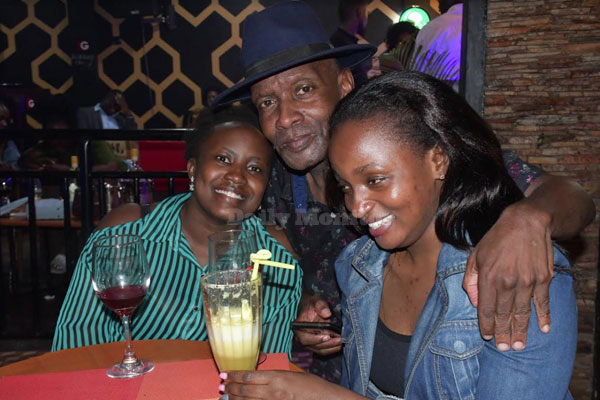 By Edgar R. Batte
Last Wednesday was sunny and warm and in the evening hours, it got musical and bubbly with a live performance by Pages and Dr Tre at Karibu Lounge in Bugolobi. The two were lead of a band in entertaining an audience of largely young people with covers and originals.

The old man with a hat, Allan Kanyike was unmissable as he excitedly and continuously danced to one song after another, occasionally giving applause to the band for a tune well-played.

Pages and Dr Tre melodically took the time away with popular songs that ranged across genres; from Rnb, lover’s rock reggae, old skool and local tracks.

The waitresses and waiters made sure patrons were taken care of with drinks and bites. The band played from 6pm to 8pm, allowing for some sing-alongs as they connected and interacted with the audience.

Jacinta UG, who had gone to attend and chill was invited by her former band mate Pages to entertain the audience. She performed her original song titled “Fumba” as well as “Come Over” by Sean Paul and Estelle. The two-hour performance was a deserved experience for a taste of nightlife that’s largely on the low given the lockdown ever since Covid-19 broke out.