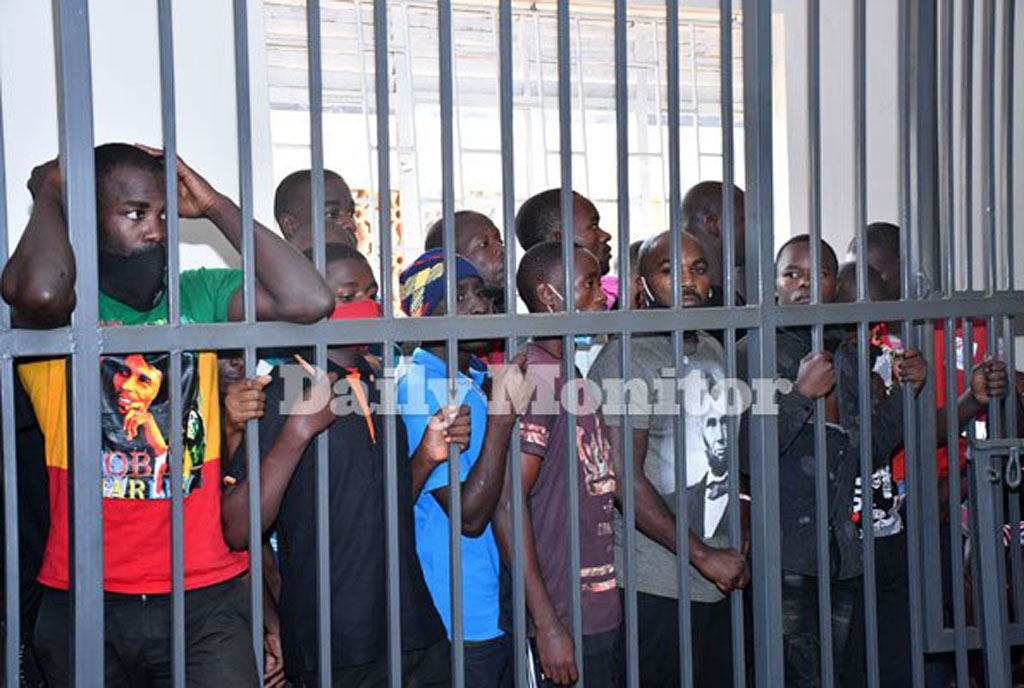 At least 49 supporters and private guards of former presidential candidate, Robert Kyagulanyi who were arrested in December last year, will spend seven more days on remand at Kitalya prison after the army court deferred hearing of their bail application.

The suspects who include the musician turned politician’s singing partner Ali Bukeni alias Nubian Li and head of his personal bodyguards Eddy Ssebufu alias Eddie Mutwe, on Monday appeared before the General Court Martial chaired by Lt General Andrew Gutti with hope that they would be released on bail after spending more than 30 days on remand.

READ: Nubian Li, Eddie Mutwe and 47 others charged with possession of ammunition

Through their lawyers; Mr Benjamin Katana and Mr Joseph Turyamusiima, some of the suspects who were either limping or carried by colleagues, told the army court that they had been tortured after their arrest and needed better medical attention which could not be provided by prison authorities.

However, the state prosecutor Maj Emmy Ekyaruhanga protested their release, arguing that the state need more time to scrutinize their bail application documents, including particulars of their sureties.

“My Lord we have just received the files for bail application this (Monday) morning and we did not get time to look through the documents. We request that this honorable court gives us more time to verify the documents presented by the sureties,” Maj Ekyaruhanga said.

However, Mr Turyamusiima countered, arguing that some of the suspects had been tortured and needed medical attention which they are not getting in prison. 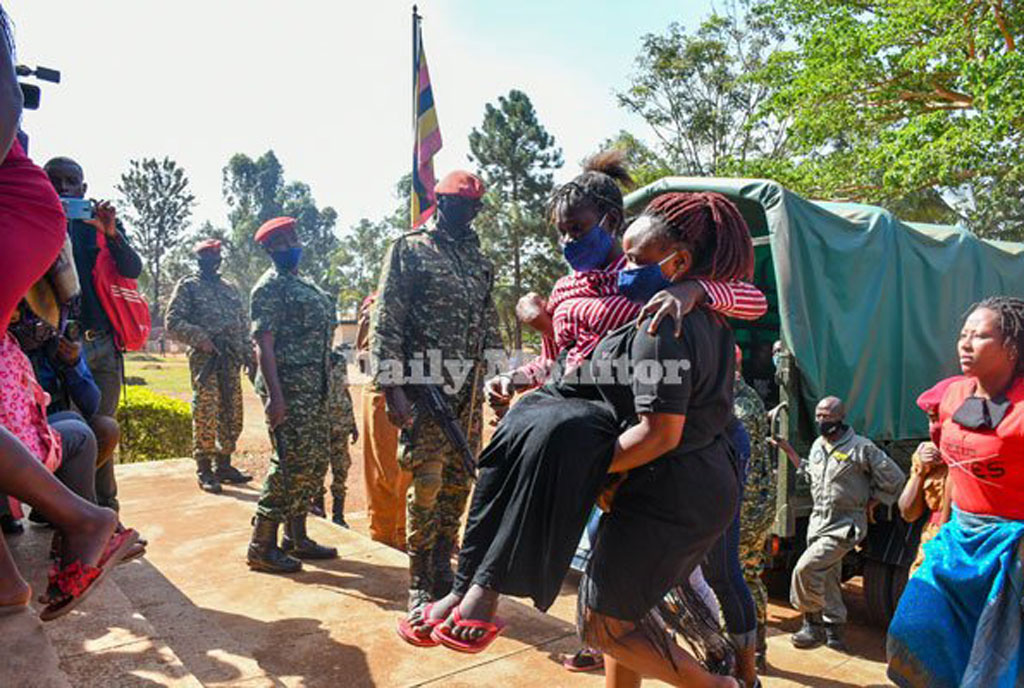 This photo taken on February 1, 2021 shows one of the supporters of National Unity Platform (NUP) president, Robert Kyagulanyi, carrying a colleague as they entered the General Court Martial in Makindye. She could not walk on her own because she was allegedly tortured in custody following their arrest in December 2020. PHOTOS/ KELVIN ATUHAIRE

“My Lord these people have been in prison for more than 30 days. Some of them were tortured after their arrest and they need better medical attention. Some are the bread winners for their families which have been suffering since the day of their arrest. We request that this honorable court grants these people bail as a virtue of respecting human rights,” he said.

Gen Gutti, however, opted to adjourn the hearing to February 8, 2021 to give the state more time to scrutinize the bail application documents.

Prosecution alleges that all the 49 suspects and others still at large on January 3, at Makerere Kavule Kigundu zone, were found in possession of four rounds of ammunition which is a monopoly of the Defense Forces. However, at the time of the said offence, most of the suspects were in Kitalya Prison where they had been remanded by Masaka Court in December last year.

Most of the suspects were part of the 100 supporters of Bobi Wine who were granted bail by Masaka Court on January 05, 2021 where they had been charged with six counts, including inciting violence and assaulting police officers on duty, among others.