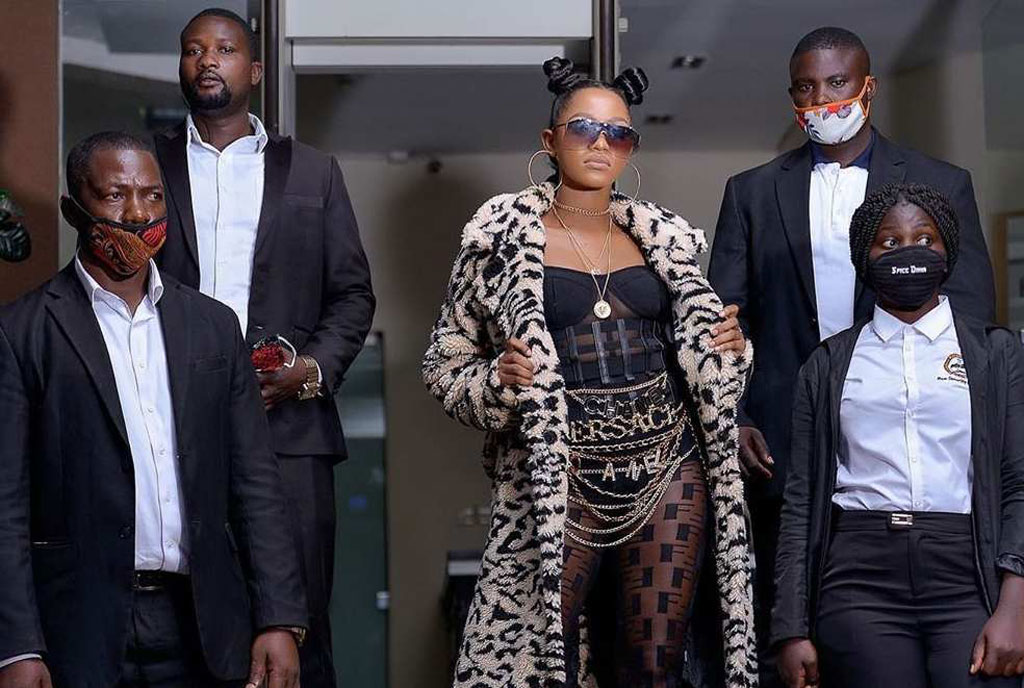 Early this week, Spice Diana’s bouncers were at their worst while handling some road users in Kabalagala. The bouncers who were driving behind Roja, Spice Diana’s manager, who failed to overtake another car, forcing him to park the car.

This then had the bouncers jumping out of their car and they went and opened the other car which had a family. Swinging handcuffs, they went on an exchange for about five minutes, shouting and threatening to hurt and arrest the driver of the car.

In a phone conversation, manager Roja explained that he was wrong but so was the other driver for denying him a chance to overtake. He said he was forced to act that way because he thought they had ill intentions towards him and his artiste but on noticing that the man was with his family, he had to order the bouncers to leave them.

The man, whom we could not readily identify, however, said he wants a public apology from Roja because of the way they tormented his kids. Will Roja comply? “No chance!”