I have no shame in getting my hands dirty - Viboyo 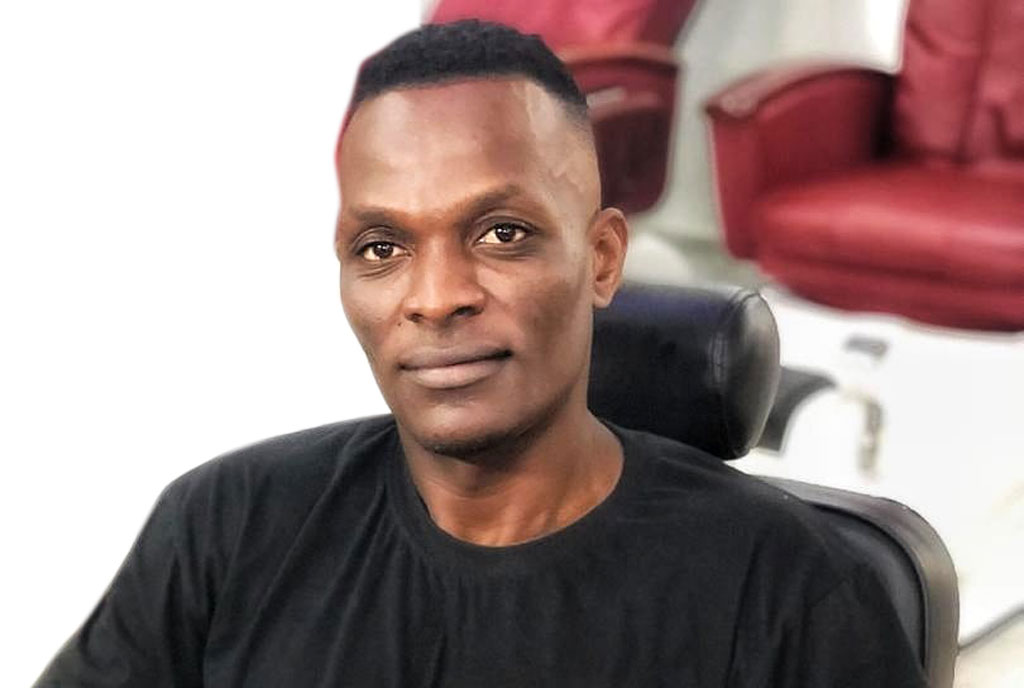 Business-oriented: Moses Nsubuga alias Viboyo is a Ugandan artiste and film producer. He has seen and done it all. Isaac Ssejjombwe sits him down for an interview.

Where did Viboyo name come from?
Viboyo is an acronym for visions beyond Your own.

Why did you choose music of all careers?
I was a noisy child and I loved singing along to songs I did not even know. I am the kind that would concentrate on mastering lyrics of most of the songs.

When was the first time you got hold of the microphone?
The first time I got a mic to sing for a crowd was in my Senior One at Mengo SS. From that time, I started following the Menton Krono, Paddy and Kid Fox for trans-day discos. Kid Fox was instrumental in honing my writing skills. We used to frequent Botanical Gardens, Dj Jim’s Texas pub, Dv8, Hope Mukasa’s and Sabrinas pub. It is here that I perfected the craft. I later joined Dj Rota’s Rainbow disco as his first computer intern deejay. I met Amon Lukwago and together, we installed a sound room. It is this sound room that opened new opportunties for promotions and music production.

You are a veteran in the music industry. What would you say is different now from when you started?
A lot has changed. Back in the day, music on instrumentals was on CDs. Later, we graduated to recorded songs. Years later, music made it to the airwaves both on radio and television. Studios were very scarce then. In fact, I remember we only had Hope Mukasa’s ‘Bava studio’ and ‘Kasiwukira. But the industry has since grown and countless studios have since been established. Some of them are owned by our peers such as GoodEnuff of Aydee Dumba Mpagi of Ngoni.

What do you think is lacking in the industry lately?
Right now, it is very easy to produce a song and because of social media, new songs can easily be promoted. The only problem now is that most of the music being realeased has a short shelf life. Back then, a song would become a hit by only a single radio play. There were just a handful of radio stations, so taxis and homes had no choice but to tune into either Simba Fm, CBS FM, Capital FM or Sanyu FM. What’s lacking now is that people do not invest enough time and resources into producing quality songs. Everyone is rushing to make a hit whether or not the song has a message. This is why a song will be a hit for one month and after that, both the song and the artiste will all be forgotten like they never existed.

Were you among those affected by Covid-19?
Covid affected everyone in various industries. During lockdown, there was no business.
You are affiliated to Swangz Avenue. What are you doing there?
I am a film producer. I head the film department which handles music videos, television commercials, movies, documentaries and company profile films, among others.

If it wasn’t for music, what would you be doing?
I would be a philosopher, detective or engineer.

Which is your all-time best song among those you have done and why?
Songs such as Amulimba, Music Africa and Love me Love me are great hits. But my favourite is yet to come even though I am not so much into recording lately.

What makes you stand out from other artistes?
My writing style and the fact that I promote other artistes. I am all round. I can do other jobs, I have no shame in getting my hands dirty.

You have been doing an annual rap up song every year. Where did this idea come from?
The rap up idea came from one of the legends of Ugandan Hip Hop, a great lyricist and a friend Ibraw Delux ( Ibra Lwanga) formerly of the Young Vibes. One day he sent me links of Skillz, an American rapper. This is how the idea came to life. We are going for the 10th rap-up this year.

How long does it take you to summarise annual events into a song?
A week depending on how busy I am in the month of December.

What lessons has this industry taught you?
Stay grounded, be disciplined, be accountable to someone, use a condom, avoid drugs and stay focused.

How do you want to be remembered?
As the best lyricist in Uganda.

If you had to collaborate with any artiste, who would that be?
Eminem.

Titbits
Who is your ideal woman?
A woman of substance, self-motivated, a go-getter, financially independent, not the type that spends the day slaying, A God-fearing woman, career orientated and self-driven.