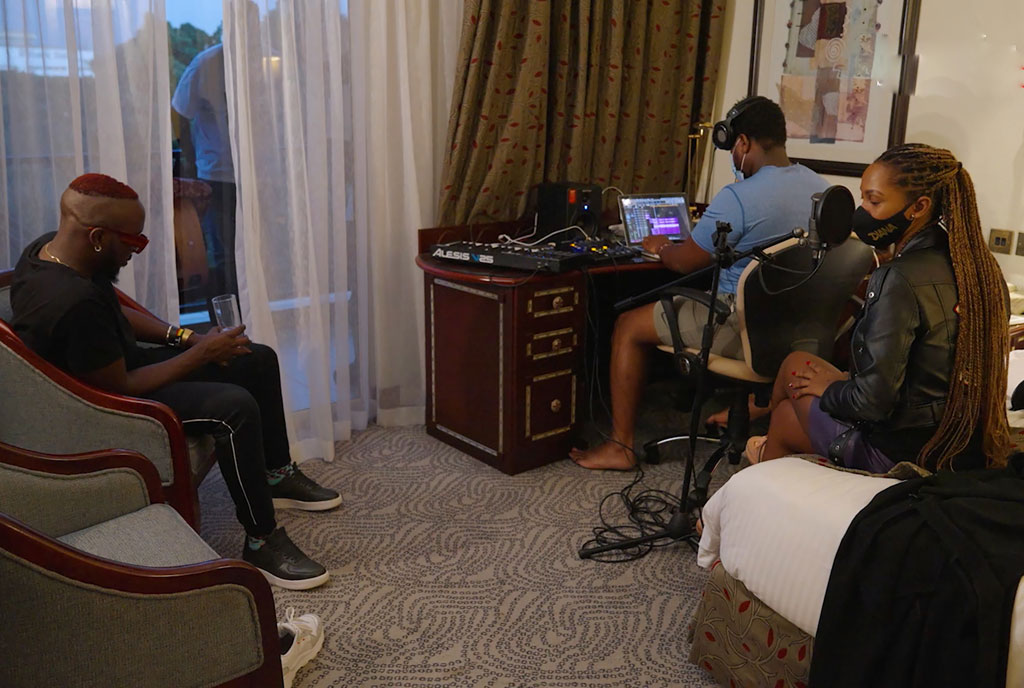 Spice Diana with one of the Sauti Sol singers and Daddy Andre in studio,

The MTV Africa Music Awards (MAMAs) will be held in Kampala next month and that is not news anymore. In the past few weeks, we have seen their launch, nominations, and later, activations. For instance, recently, there was an activation involving Sheebah Karungi and Master KG, Yemi Alade and Bebe Cool, and Spice Diana and Sauti Sol.

The fruits of the activations are about to start showing as news reaching Sqoop desk indicate that singer Spice Diana has recorded a song with Kenyan superstars Sauti Sol.

Sources have revealed that Spice Diana recorded a song with Sauti Sol recently while they were in Kampala as part of the Road to MAMA campaign. The artistes are said to have found great musical chemistry inspired by Ugandan music culture hence setting up a makeshift studio to work on a music project together. It is also said that Daddy Andre produced the beat for their new track. 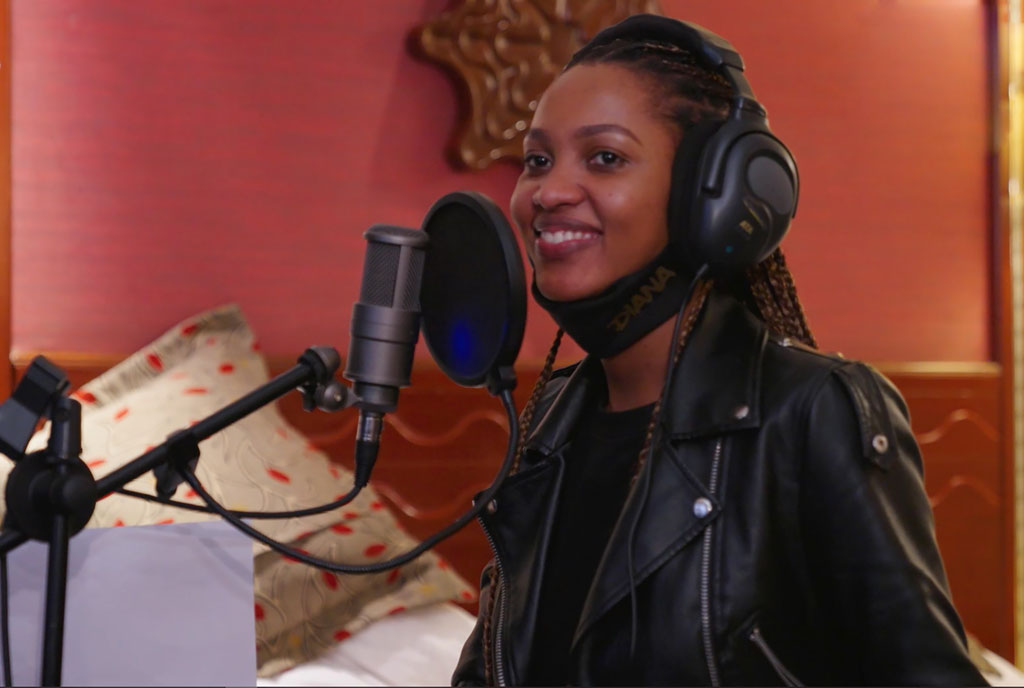 We have further learnt that, as part of their Road To MAMA experience in Kampala, Spice Diana also took Sauti Sol on a scenic tour to the Nakulabye neighbourhood, to show them where she grew up, the hardships she overcame, and the inspiration that came from her early years in the city, concluding with delicious local cuisine, a “Spice Diana” rolex in Jinja for lunch.

The “Road to MAMA” experience will air as a three-part show, leading up to the MAMA Kampala 2021 main show, showcasing Uganda’s beauty and diversity.

ALSO READ: Ugandans get another shot at winning an award at the MAMAs

The MTV Africa Music Awards Kampala edition is aimed at inspiring musical collaborations and uniting artists from across the continent.

In the awards that will be hosted virtually on 20 February 2021, Spice Diana is nominated for the MTV Africa Music Awards in the Best Ugandan Act category alongside other Ugandan artistes including Sheebah, Bebe Cool, John Blaq, Vinka, and Daddy Andre.

We cant wait to listen to it.

ALSO READ: Pallaso on the MAMA nomination – fans made it happen