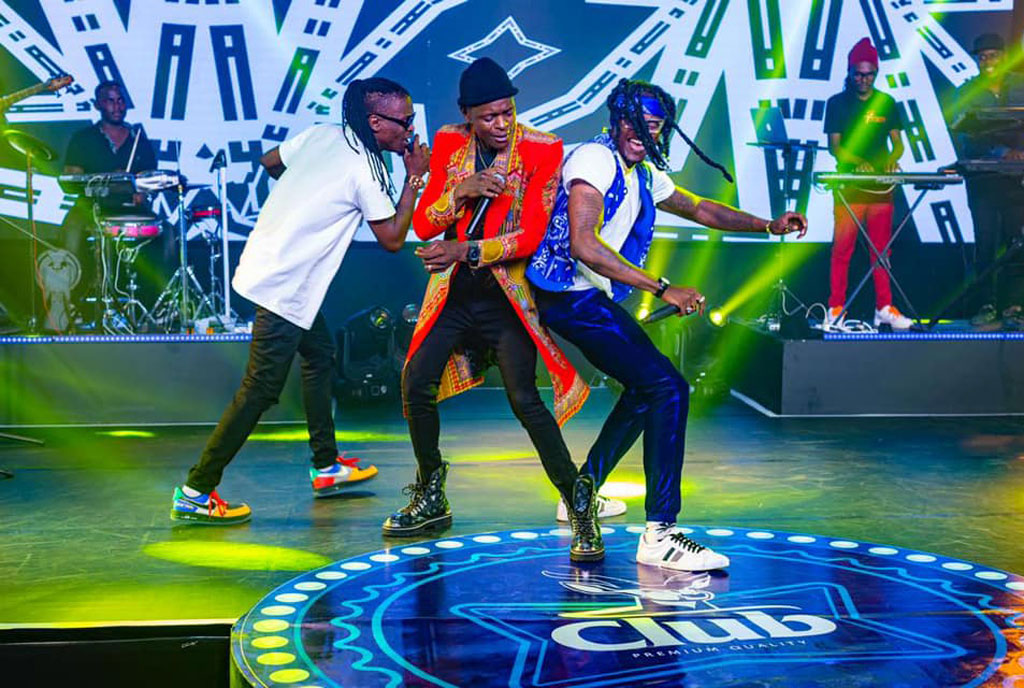 2020 was a very tough year for everyone but the entertainment industry was heavily affected as concerts and gatherings were banned to curb the spread of the coronavirus.

Some artistes however saw this as an opportunity as they used the time to write and record some good music for the people to keep entertained.

We however have had some outstanding artistes this year that have outdone themselves and one of them this year and of them is Pallaso. He released ‘Happy Birthday’, ‘Akomererwe’, ‘Ani Oyo’, ‘Money’ and ‘Malamu’ a song many crowned the song of the year.

While appearing on Club Beatz at the home finale, Jose Chameleone ranked Pallaso as the artist of the year 2020 and asked him to keep the fire burning.

Pallaso felt humbled to be acknowledged by the Legend who is also his big brother and said he doesn’t take it for granted. At the end of last year, Bebe Cool mentioned Pallaso’s song ‘Malamu’ as the song of the year.