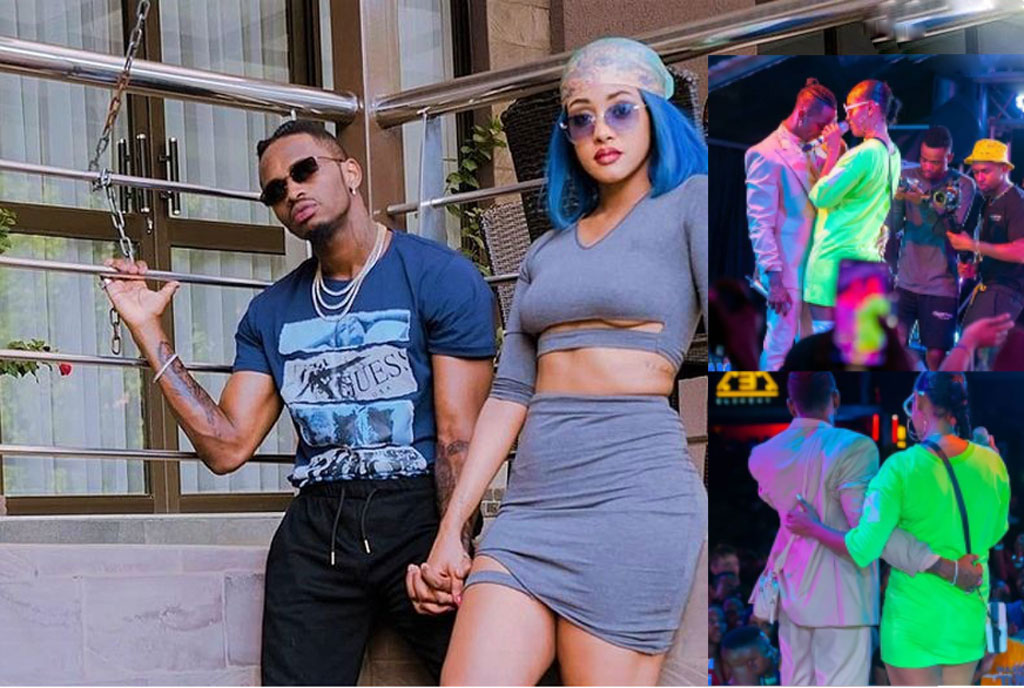 On January 23, Kenyan singer Tanasha Donna touched down in Tanzania for the first time since her publicized breakup from Tanzanian singer Diamond Platnumz.

Tanasha landed with her son, an indication that she might have buried the hatchet with Diamond after previously swearing to never set foot there again. Soon after her arrival, she was picked up at the airport by Diamond’s associates.

She later went on to perform at an event. While performing their song ‘Gere‘, he jumped on stage, with the two dancing and hugging amid cheers from the excited crowd. 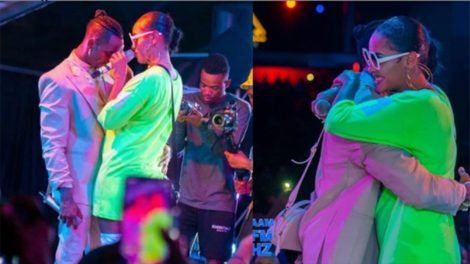 In a video, Diamond is seen whining his waist as his baby mama grinds on him seductively, sending the crowd into a frenzy. Looking at the video, you could tell there was love and affection between the two.

“Always Vibe to have NJ’s Momy in the Country,” he captioned a video clip of the two together.

The musician spent some quality time with his lastborn son Naseeb Jr in Tanzania. Diamond shared a sweet video of himself laying on a bed while cuddling his son Naseeb Jr and watching cartoons on his Insta stories.

Tanasha did not publicise her visit to Tanzania but this seemed like one of those visit to take her son to reunite and bond with his father for a while.

Last month, Donna revealed that his baby daddy is currently paying the child’s education and taking care of his needs.

Tanasha’s visit to Tanzania comes barely three months after Diamond’s other baby mama Zari Hassan was also in the country for the same reason.