Choosing comedy as a job is my biggest regret — Ssenjovu 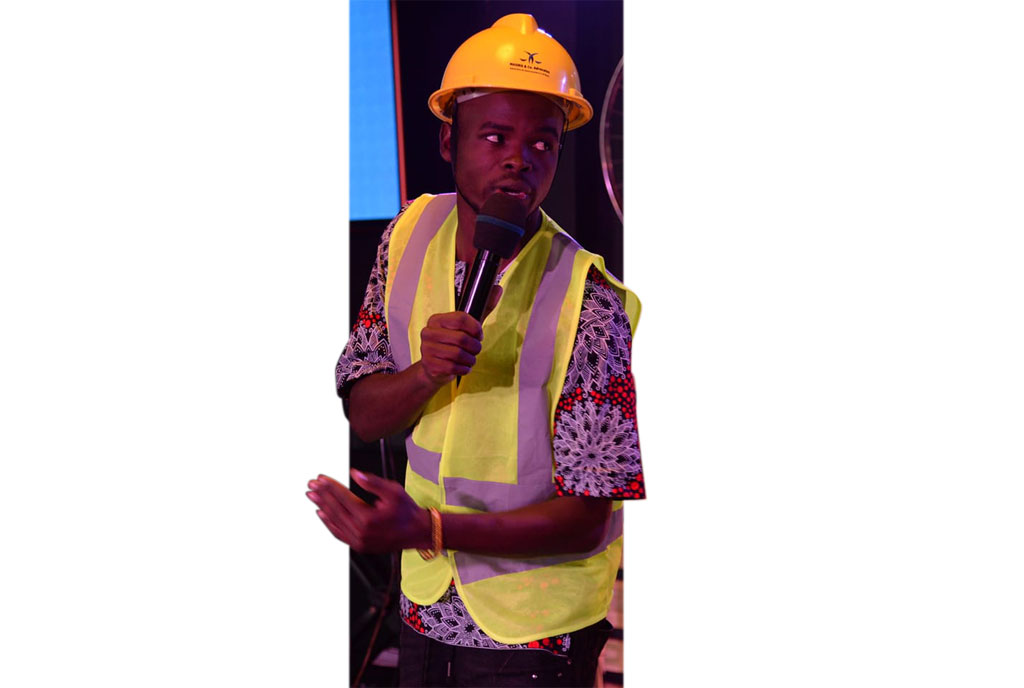 Ivan Ssenjovu is the proprietor of Merry Heart Comedy

He has done political satire among other forms of comedy. He was one of those at the forefront of digital comedy, especially during lockdown. Ivan Ssenjovu is the proprietor of Merry Heart Comedy. Gabriel Buule caught up with him to discuss his career and social life.

First thing you do when you wake up is…

To thank God for the new day and ask him to bless me with more projects. I put God first.

What type of music do you listen to…?
I do not have a specific music genre, I listen to what comes in the moment. For example, when I am sleeping I want to listen to slow music (country) such as American singer Jim Reeves.

First thing you do when you get to work is…
Check social media updates and messages on my phone; I respect new messages than food. This is because as a freelancer , I always look forward to new clients.

Earliest childhood memory…
My mother left me and went to the garden. she told me to keep the shop. I locked the shop (duuka) and went to play football with my friends. She found me between the goalposts and thoroughly caned me.

First best friend…
Allan Mwanja when I had just joined Makerere University and he was the first person I found in the lecture room. I was from the village and he was a town chap from Gayaza.

First kiss…
This is a funny question. This was at univesrity during a film project according to the script, I had to kiss a girl.

First book you read….
Apart from the books about acting and film I read at school, there is not much. I love short stories and I pray to adopt the culture of reading books.

First job…
After my Senior Six vacation, my music teacher called me for a gig at one of the big schools, Royal Giant High School, in Mityana.
I had to train them in music dance and drama (MDD) for a competition. I used money from that gig to buy a smartphone, mattress and my first rent payment.

First salary…
I used to earn Shs100,000 as a shop keeper at Ngeye Shopping Centre on Market Street in Mityana. I used to save that ‘ka-money’ because we worked from Monday to Sunday, 24/7. We had no days off.

Current job…
I am a creative artist and founder of Merry Heart Comedy specialising in situational comedy from social media updates all over the world. I am also, an events emcee and MDD consultant.

What do you like most about your job?
I feel so happy when I receive messages from people telling me their stress was relieved after watching my videos, especially our sisters and brothers working abroad and army officers in Somalia. I feel good when I turn agony into comedy.

Which doors has it opened up for you…?
I have made friends with many people, our social media pages and YouTube channel is active. I have been able to feature in different TV and social media commercials, and recently Merry Hearty Comedy made skits with comedy duo Maulana and Reign.

Most memorable experience…
It was December 31, 2018. We had been toperform at three different shows. We did one in Kajjansi which went well. But we were pumped up for the one in Nateete. It was the biggest of them all from the set up to the audience, we had to use bodabodas to beat traffic to the venue in time. As we were heading to the on stage though, singer David Lutalo showed up and wanted to perform and leave, then Madrat and Chico, after the fireworks, it was Bebe Cool , we just left.

Biggest regret in life…
Choosing to do comedy as a livelihood. People will never take me seriously. Even at my home, when I tell them about an event, they first call someone else to confirm. Even to my workmates, I cannot announce a death and they believe. I would love people to know that we also have a serious life off stage.

Why did you complete school…?
Because see it is helping me meet important people of different classes, and create more different from other creatives.

FYI
About his comedy Business

Ssenjonvu is a theatre artist who has worked with various theatre groups. He is the proprietor of Merry Heart Comedy which is online and on stage.

He says his comedy outfit does situational comedy and we focus on performing to transform audiences of different categories.

We give you updates in a lighter mood so you recover from your stress as you get the message.

In this article:Celebrities, Comedy, entertainment, featured