Buchaman spearheads the ‘Uganda is not for sale’ campaign 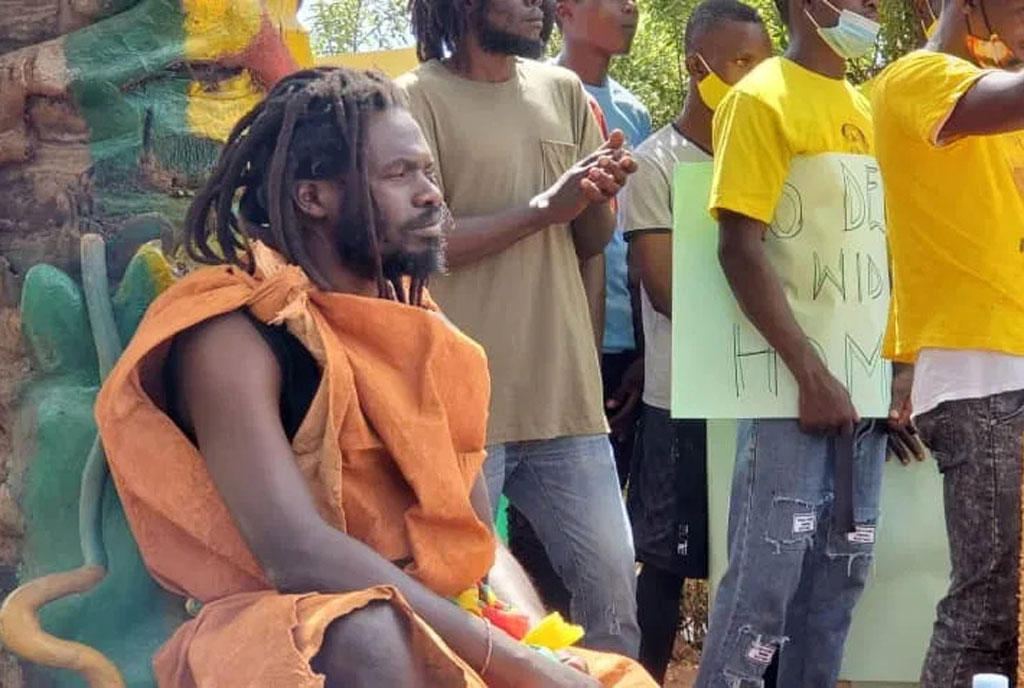 After his first initiative of MEMA awards, self-proclaimed ‘Ghetto president’ Mark Bugembe aka Buchaman, and his wife Maama Ghetto have come out with another initiative known as ‘Uganda is not for sale’.

This campaign that was launched in Makindye at the singer’s house is aimed at conserving Uganda’s pride from imposters and wrongdoers.

The presidential adviser on ghetto issues also encouraged the public to distance themselves from foreign culture and tradition especially things to do with homosexuality.

“Uganda is not for sale. Our culture is what we should pride ourselves in and not what the white man brings to us. We should stay away from some behaviors regardless of how much they invest in us,” he pointed out.

The ‘Lwaki temumatila’ artiste also added that the main reason he fell out with Bobi Wine was that he signed the gay bill.

This he said as he was being cheered on by the crowd who were holding placards with several messages calling an end to homosexuality in Uganda.

In this article:artistes, entertainment, featured, Mark Bugembe aka Buchaman, MEMA awards, Uganda is not for sale, Ugandan Musicians