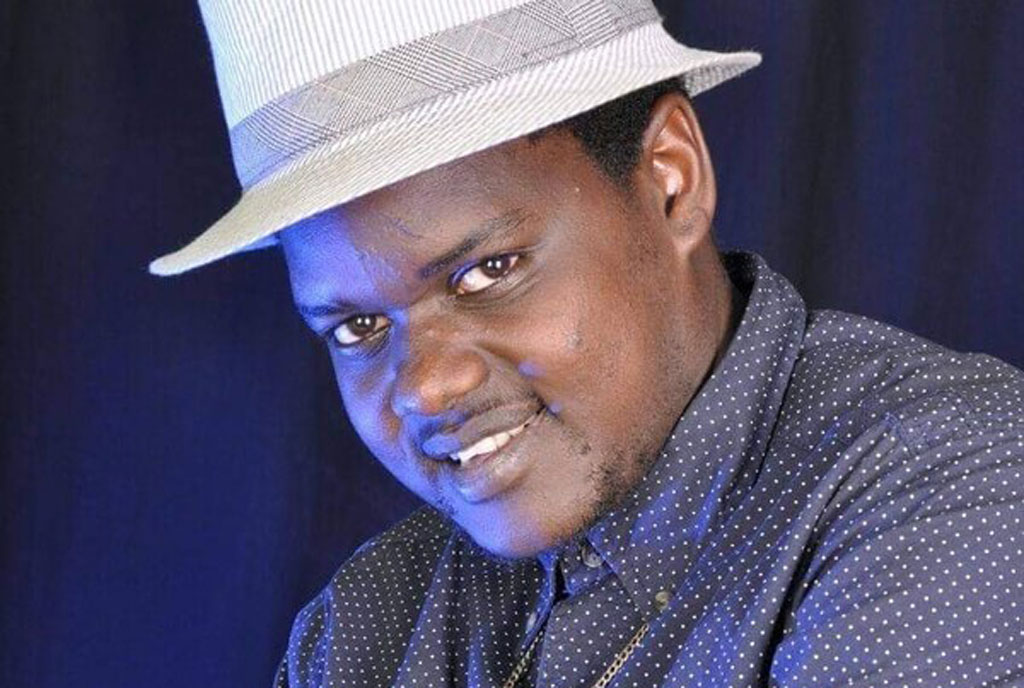 Ugandan artiste Baba Raa has sent a letter of intent to the secretary General of the National Union of creative, performing artists and Allied Workers (NUCPAAW) Mrs. Anita Nannozi Sseruwagi for circulating false audio that he received money meant for artistes from Al Haji Kigongo.

Crimson Associated Advocates through their client Raa Ramah Muyinda aka Baba Raa sent a letter indicating that on the 7th day of January 2021, Nannozi uttered defamatory statements in Luganda dialect depicting their client as a fraudster, cheater, money-oriented person, and person with selfish interests and gains and bad/poor character which has caused damage to the artiste.

With the above, the purpose of the letter is to demand that henceforth Nanoozi refrains from further utterances and publishing any further defamatory statement whether print or mass media, that she utters a counter statement and publication clarifying on the false and defamatory statement that she earlier uttered against the artist, that she immediately makes an apology in public, radios, newspapers, same platform of her communication and above all a personal apology to him. 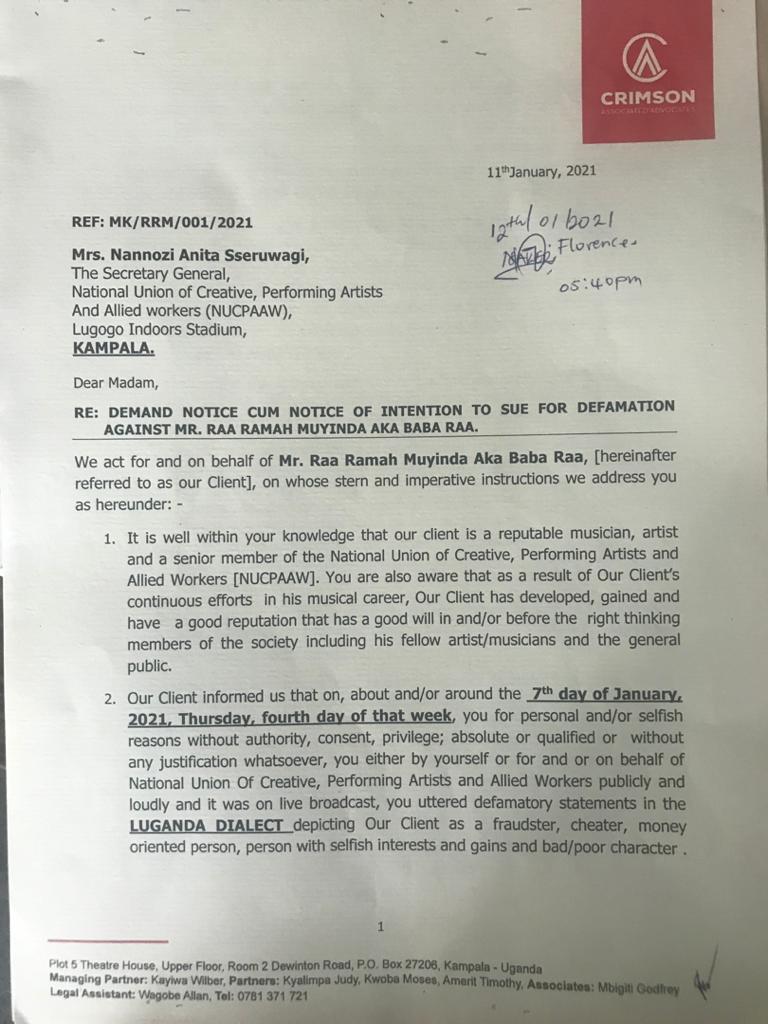 Then compensate the artist Shs500M for reputational damage or otherwise they will go to court to quantify the same and then shs10million being the cost for legal fees. 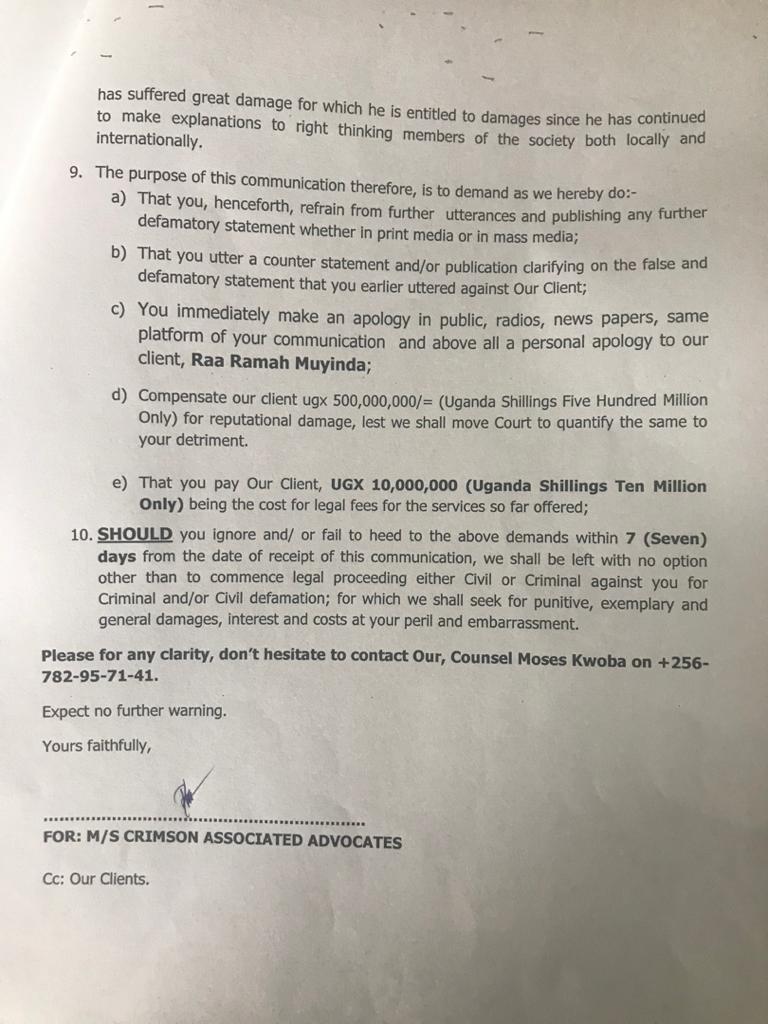