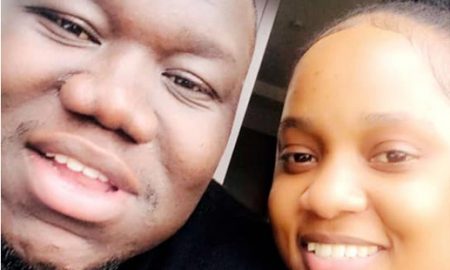 Zahara Toto and Don Solomon have called it quits

Ugandan comedian Frank Mubiru, commonly known by his stage name Chiko, waved to his single days bye bye after he was introduced by his girlfriend in a traditional ceremony over the weekend.

Chiko is part of the comedian duo Madrat and chiko that is famous for its comedy skits it usually performs under Alex Muhangi’s Comedy Store. The duo is also known for their endless editions of comedy shows titled Nseko Buseko.

The woman that stole Chiko’s heart has only been identified as Melanie Ofrah and from the looks of it, Chiko is finally more than a happy man.

The comedian announced the news on Sunday night through a Facebook post he made, sharing a couple of pictures of the ceremony with a caption: “Love is a journey starting at forever ending at never. Finally.”

Fans have been left speechless and some are taking it to be another of the duos funny skits.

One fan commented on the pictures asking, “Is this really true, it looks like comedy to me, anyway congratulations to my best comedians Madrat and Chiko.”

Another wrote, “Hope this is not another version of the comedy you are trying to project out during this lockdown.”

Chiko’s right hand man Dickson Lubega, commonly known as Madrat was there to support him throughout the ceremony.