My favourite part of the house – Judith Heard 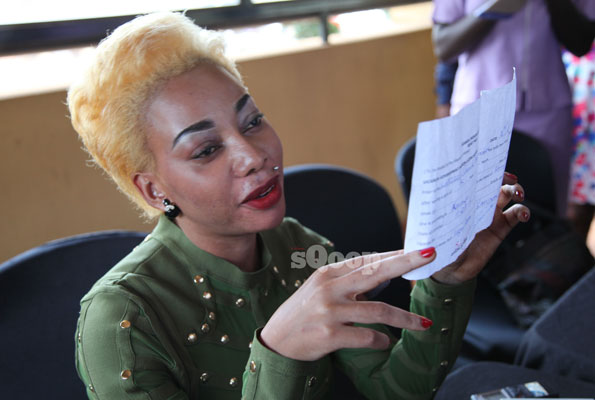 Government has described socialite Bad Black’s claims that she was not paid for her COVID-19 advert, as black mail adding that she offered her services voluntarily without any charge.

The Ministry of Health’s communication team on Sunday said that Bad Black, real name Shanita Namuyimbwa offered her services freely without a contractual agreement in writing.

In a statement, the Ministry says many companies came up to offer voluntary services during the fight of COVID-19 after President Museveni’s call. Among them was Precision Communication Company that approached various key personalities, including Bad Black, who voluntarily recorded messages.

“ Bad Black, in particular consented to record a message that was appealing to her colleagues who were at risk of contracting COVID-19, and would thus spread it to other members of the community,” read the statement.

The Ministry adds that the adverts were done on solely voluntary terms no contractual or financial obligations were attached to any of the personalities including Bad Black.

Bad black has, however, slammed the ministry officials on her Facebook page and asked them to stop denying the accusations being made.

“Ministry of Health- Uganda stop acting stupid now Your denying mbu i have no contract with But the advert was approved by You????? mugyakusasula
This is better,” she posted.

She further argues that her services are not free of charge.

“In my territory there is nothing for free. I call upon the President of Uganda to give me a token of appreciation as a warrior, “ she adds in her Facebook live video.

She adds that if Ministry of Health insists that they have no contract with her, then they stole her advert and used it without her permission.

“Since you are saying that i have no agreement with you, you stole my advert,” she says.