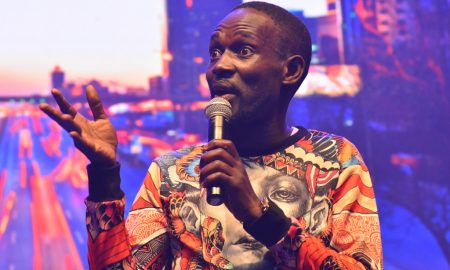 Music promoters have asked the government to double the salaries of the armed forces as well as improving their accommodation, in a petition presented to Speaker Rebecca Kadaga on Friday.

They also asked for a probe into the police SACCO (Exodus) where officers deposit but reportedly face challenges to access their savings.

Mr Andrew Mukasa of Bajjo events, Abbey Musinguzi of Abitex and their spokesperson Matovu Junior met Kadaga at parliament in her office.

They told Ms Kadaga that their interactions with some officers of Police, Army, Prisons and LDU recruits, revealed untold discomfort in all spheres of life ranging from poor accommodation, poor pay and poor feeding.

“As activists, we have noted with concern the conditions in which the Police, Army and Prisons officers operate. They need urgent attention,” the petition reads in part.

They contend that the result of poor care to the armed forces could be the reason why they brutalize citizens and play partisan politics.

“Many reports have pinned our forces with highest violations of human rights, on lakes, landing sites, land evictions, corruption and playing partisan politics in favour of the current regime,” the petition read.

The petitioners also pointed out the death of a people power woman activist in Nakawa and a man in Nansana that these could be accruing from the miserable conditions in the armed forces.

“Brutality and excessive force applied on opposition members and demonstrators, leave many of us with questions. One can come to conclude that, its hate, hunger and anger which drive these officers into such cruel actions,” the petition further reads.

“In many cases they don’t get their allowances, a case in point, the deployed Covid-19 officers haven’t received any allowance, the officers taken to fight locusts are also complaining.”

Ms Kadaga said that she has been at the fore front of ensuring quality life of the forces. She thanked the petitioners and promised to follow up on the issues raised, saying that she has for long agitated for equality for all.