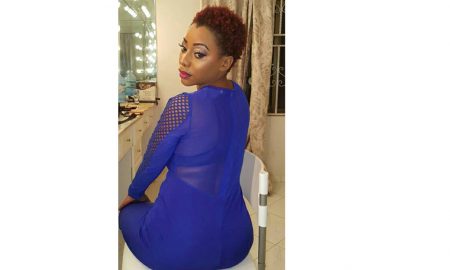 Government can’t use me like a condom – Bad Black

Until the lockdown is totally lifted, we shall continue to see a lot of events happening online. Last Friday was D-day for the 2020 Zzina Awards and because of the social distance, only sponsors, a few artistes and the organisers were present to witness the show live.

Hate him or love him, Eddy Kenzo sits on the high table with the most accolades in the music industry. And if we decide to talk about prestigious awards, he definitely is boss.

On Friday, the singer added four more accolades to his collection after being chosen Artiste of the Year, Best Afrobeat Song (Semyekozo), Best Fans Group and Best Inspirational Song (Bikyuka).
All these, he collected at the 7th edition of the Zzina awards that took place on social media.

Other notable winners included Daddy Andre who scooped both the songwriter and audio producer of the year awards, John Blaq won Male artiste while Maulana and Reign were voted comedian on the year.

Gravity Omutujju during his online performance.

GNL Zamba, who was tasked to announce the winner of the Lugaflow/rap song was excited to read Big Tril’s name as the winner.

“Wow. This is so big for Trizy. He has really worked hard and I am so excited that his hardwork is paying off. I have never doubted my hommi,” he stated.

The awards were hosted by Prim Assimwe and Mr Henrie, but unlike the previous editions where the awards were held in the presence of fans, this specific edition was limited to artistes, sponsors and event organisers.

Also, the artistes that were lined up to entertain, did their live performances from different places and among these was Lydia Jazmine, Azawi, Gravity Omutujju and a hip hop cypher by Byg Ben, Recho Rey and Feffe Bussi.

Mr Henrie, Prim Asiimwe and McKenzie crack up as they hosted the Zzina Awards on Friday.

And the winner is…
Song Of The Year
Gutujja – B2C & Rema

Artiste Of The Year
Eddy Kenzo