Judge rules against Meghan in parts of tabloid privacy case 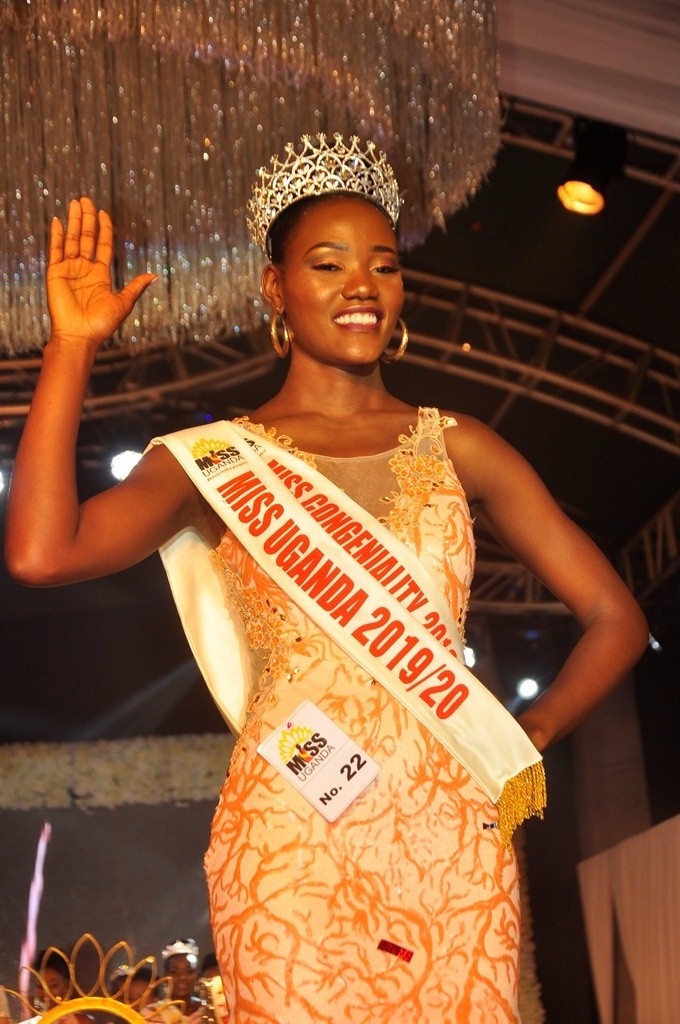 With the coronavirus pandemic and ongoing lockdown, we reached out to Oliver Nakakande, the reigning Miss Uganda, 2019/20 to ask her how she is coping so far. Also, she talks about current projects, the experience of competing at the Miss World finale late last year, and why she was recently offended by a television presenter during an on-air interview.

How are you finding the ongoing lockdown?

I thought it would probably last for a week or two, then, that would be the end of it. The government keeps extending it though. No one knows when this ends. My Miss Uganda projects require me to reach out to members of the community, but now, I can’t do that because of restricted movements. I am stuck at home since I am not an essential worker who can easily get a sticker.

And how are you keeping yourself busy while at home?

I started conducting lockdown sessions live on Instagram where I interact with other last year’s Miss World contestants. We talk about several things including sharing stories of how each one of us is finding life in the lockdown. We also encourage and uplift one another. I upload some of our discussions on Facebook so that other people can see what we are doing during this ongoing lockdown. I am utilising the internet because it is the safest way to reach out to people during this crisis.

Speaking of the internet, during the recent Easter holidays (Easter Sunday and Monday which respectively fell on April 12 and 13), you posted pictures of yourself distributing essentials including food somewhere in Kalerwe, a suburb located in the outskirts of the city center. Did you know that you were going against the presidential directive aimed at flattening the coronavirus curve?

You know, after distributing those essentials to some of the residents of Kalerwe, some people reached out to me and said what I had done was wrong. That the president was against the idea of anyone distributing food to the masses as this will attract crowds and in the end, become a catalyst for spreading coronavirus. Honestly, I initially thought the president was sounding a warning to only politicians. But I was later informed that the directive was aiming at everyone. Once I learnt that, I realised my mistake and vowed not to repeat it.

What have been your notable achievements since getting crowned Miss Uganda last year in July?

I am proud of the projects I have worked on including one aimed at reducing teenage pregnancies in the country, promoting girl-child education, among others. Not forgetting, I felt great pride as Miss Uganda representing my country at last year’s Miss World Finale in London, the capital of the United Kingdom (UK). I got the opportunity to compete for the title with 119 girls from around the world. It was an interesting unforgettable experience. I participated in several challenges (tasks) including competing for the top model title and I managed to become the fourth runner-up for this particular title. It was my highest accomplishment at Miss World. I also won the title of best representative for a head to head challenge for my group that had five girls from different countries. Then, in sports, we (the 120) girls were divided into four groups. I was in team blue and managed to emerge as one of the best eight girls in my group. These were some of my highlights at the Miss World competition. We had boot camp for about three and a half weeks before the finale was held on December 14, 2019.

How was your relationship with the other contestants?

Honestly, it did not feel like a competition, rather, the experience felt like we were all just enjoying the moment, making friends, and getting to know each other.

What was the biggest lesson you learnt from the Miss World experience?

I learnt so many lessons including the value of friendship and sisterhood. But also, I realised that it was not a fierce competition as many people think it is. The experience is more about bonding, getting to know each other, and creating relationships that will last forever.

That happened a lot when I had just taken over office from her last year, in July. The comparisons have now lessened. I think people have now gotten used to me as the reigning Miss Uganda. But here is one thing I learnt, whenever a new girl is crowned, people will always compare her to the former one. At least this is what other former Miss Uganda crown holders have told me.

A few days ago, you were trending on social media after a video made rounds in which a female television presenter was seen raising her voice at you during an interview. What exactly went wrong, Oliver?

The lead presenter did not conduct the interview according to the script. When I was invited for the program, I was informed that the discussion would be centered on girl and women empowerment. So, I was a little surprised by the questions that were asked once the show began. Everything else that we talked about during the show was off-topic. I had already sensed a bit of unprofessionalism, but, because we were already live on-air, there was nothing much I could do, rather than continue responding to the questions. And because I studied a bit of journalism, I could foretell something was going to go wrong on the show. And it was for some of these mentioned reasons, I got really offended when the lead presenter asked how I felt when I lost the Miss World title. “You lost,”  “You lost.” It was honestly a rude question to ask anyone. Who lost? Nobody did.

Oliver Nakakande wearing and walking for the iconic Zandra Rhodes Collection as she was being judged for Top Model. PHOTO | OLIVER NAKAKANDE INSTAGRAM

The question seemed to have really offended you?

Yes, it did. I felt that the presenter had not done enough research on my achievements at the Miss World competition. It’s not about who wins the title but what opportunities every other girl gets from the platform. We were 120 girls and obviously, it was impossible for all of us to get crowned one title. So, does that mean that these other girls lost too! By the way, these are the same girls, who receive heroic welcomes upon returning to their respective countries. Despite not winning the Miss World title, these girls are welcomed with hugs, kisses, flowers, and gifts. So, why in Uganda are we bringing hate? Rather than embracing our achievers and those who attempt, we want to bring them down. Again, that was a hateful rude question.

That television interview later got to a point where the presenter shouted at you saying she would not apologise, yet, you remained so calm. Is that your personality?

I can’t say that I am really a calm person. Sometimes, I do get angry like everyone else. But, in this particular scenario, I had to remain calm because if I had raised my voice as well, I would have also looked crazy in front of the viewers. In fact, if the situation had escalated more, I was just going to just sit there and keep quiet. But, if you should know, I am not that calm in real life.

So what kind of person are you in everyday life?

I love outdoors, traveling, meeting new people, and all that. However, I have heard some people also say I am a bit reserved and love privacy. Meanwhile, others say I am God fearing and family orientated.

Do you know the presenter who asked the offensive question on a personal basis because she seemed to have a grudge on you?

No, I don’t know her on a personal basis. I have never even heard of her. That was the first time I was meeting her.

Has she personally called to apologise to you?

No, she has not personally called me on the phone to apologise. But what I heard was that she later came out to apologise for her behavior on national television. I hope she changes. What I can confirm though is that her television management reached out to me after the program and apologised. And I remember responding it was not their fault but rather that of the lead presenter.

Were you surprised by the way most Ugandans came to your defense on social media?

I was amazed by the response from my Ugandan brothers and sisters.  I want to use this opportunity to thank everyone who came out not only to defend me but also to advocate for women empowerment as well as condemn bullying and unprofessionalism.

What’s next for you as Miss Uganda?

This is a hard question to answer especially because of the current coronavirus pandemic and lockdown. No one knows what is going to happen in the next coming months. Probably, what I can say is that I still want to continue doing my projects especially those aimed at helping the girl-child all over the country. Planning for such projects will be easier once the lockdown has been lifted.

When are you expected to hand over to the next Miss Uganda?

I am supposed to hand over around July. But, with the ongoing crisis, the timing might change.

Your last words to fellow Ugandans…

Try as much as possible to keep safe during these difficult times. Stay positive. Coronavirus is not the end of the world. We shall overcome.

An international fashion model, humanitarian, motivational speaker, Oliver Nakakande is the last born of six children. She attended Kawempe Church of Uganda Primary School, Helm Secondary School, and Faiha High School, Gayaza. Later, Nakakande enrolled at UMCAT School of journalism and mass communication where she attained a Diploma in Journalism (She graduated with the class of 2019). In the prior year, 2018, she had enrolled at Middlesex University in Dubai to pursue a bachelor’s degree in business marketing/management and yet to graduate.