Saturday night must be a day to remember for all Jose Chameleone fans as the singer in a very long time exhibited one of his best performances that even his critics failed to find a stain.

The singer who was performing at Club Beatz online concert alongside Naava Grey, Recho Rey, Chozen Blood, and Nutty Neithan as expected owned the night despite all the other acts putting up moving performances from.

Hosted by the jolly Martha Kay, the Club Pilsener sponsored show kicked off at 8 pm with the first performer, Chozen Blood. He performed his songs including ‘Byakyalo’, ‘Nebakulabako’, ‘Yitayo’, and ‘Sharp Shooter’ before the next performer, Nutty Neithan came on.

Neithan who was already hyped up performed, ‘Binkubye’, ‘Omunyo’, ‘Bakuwe Kyonywa’, ‘Kwata Eccupa’ and ‘Walk 2 Work’. His performance we assume got several viewers on their feet. It could only get better as the queen of rap in Uganda Recho Rey stepped next on stage, ‘Guma Bakunyige’, ‘Cheating’, and ‘Kiggwa’ are some of the songs she performed before leaving the stage for the queen of soul Naava Grey.

Most of the viewers had mentioned in the comments section that it was just her performance they were waiting for. She didn’t disappoint as she serenaded the viewers performing in a beautiful setting by Fenon Events through her songs; ‘Ninga Omuloge’, ‘Soka Lami’, ‘Nteredde’ and ‘Aliba Wange’. 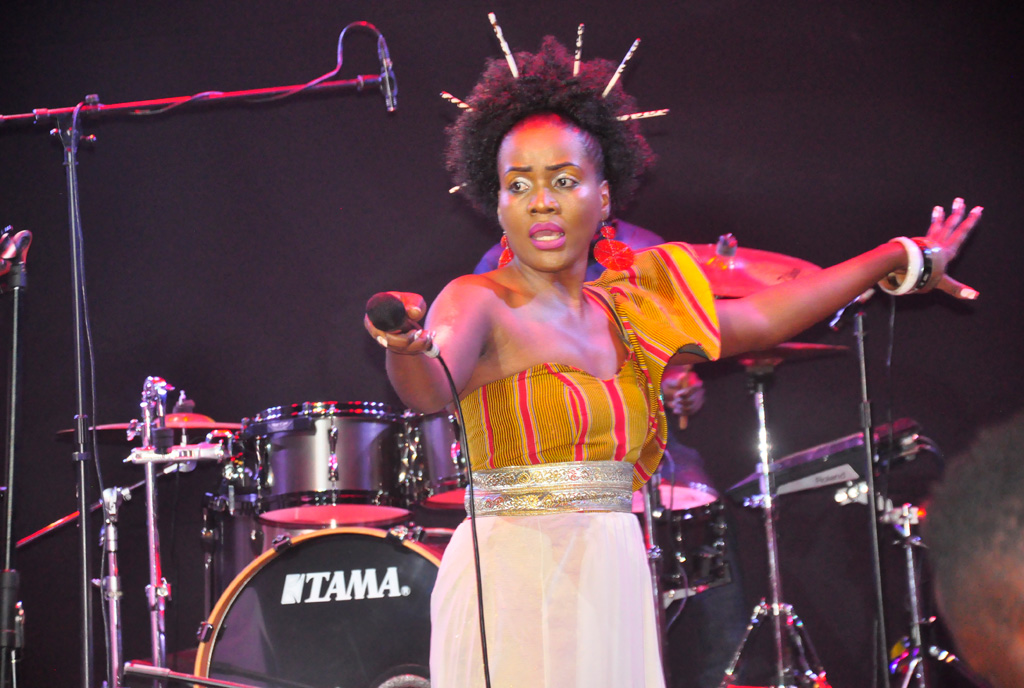 Most of the viewers didn’t want her to stop performing as they asked the organisers to give more time to the performers.

For the first time, the show went beyond 9 pm thanks to Chameleone who performed for over 30 minutes. With a live band and an amazing setup, the singer clad in a pink suit, kicked off his performance with ‘Wale Wale’ and the flow went on unstained, flawless, and most importantly very exciting. For his known expertise on a live band, Chameleone never stepped on a wrong note. While performing his hit songs, Chameleone had all the creativity, he added unforgettable moments like a tribute to Micheal Jackson by pulling off a few dance moves just like the King of Pop used to. He gave his 30-minute performance minute performance all the energy he good that the viewers didn’t want the performance to end.

One of the highlights of his performance included being joined by Weasel Manizo as they performed their duet ‘Bomboclat’. The brothers always have a working chemistry while on stage. The performance was rated very highly and was arguably the best performance ever at these concerts.

A one Robert Sebunya who was wowed by Chameleone’s performance too to his Facebook page and showered praises on the singer, wrote;

“Like a Wobbegong Shark in a kitchen sink. Never seen a chameleon in pink. Hang on… have never seen impeccable musicianship in Jose Chameleon like today. Despite his earlier foot injuries, he never put a foot wrong maybe just one music note that was not in sync on Bolingo Ya Nzambe gospel song but he’s owned the night, crowned the night, basically bossed the night. When I saw Jose Chameleon in pink with his back to the stage, I knew something grand was set before us.

Kicking off with Wale Wale accompanied with the sound of crisp and flawless guitars, drums, and showstopping vocals (not the usual Chameleon) with outstanding stage visuals purposefully bringing his performance to life. Jose Chameleone if you ever read this, have been your biggest stage critic, but today I’m officially converted.

I feel all the 4 live concerts of yours have watched have been messed up by those hangers-on ruining your choreography by crowding the stage while waving the Uganda flag, and you running all over the stage and forgetting to concentrate on your vocals and stage ownership. Before I forget I loved that Wacko Jacko Micheal Jackson rendition moment ‘legend attracts legend’ stuff, that cameo appearance by Douglas sorry Weasel was another highlight for me, lovely chemistry though the chemistry got you distracted. On unrelated note, I wish the playlist had fewer Swahili songs.”