Fewer meetings, more toilet lids: What workplaces will look like after lockdowns 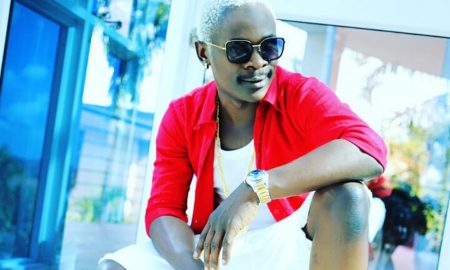 Why don’t you save the money you make: Omulangira Suna to fellow entertainers

In times like this when almost the entire world is under quarantine, many people spend so much time on social media since they are not doing much at home.

Ugandans have joined the rest of the world pass time on social media. They create funny memes, post often, and comment on every Tom, Dick and Harry’s posts.

A few days ago, a fan of singer Cindy Sanyu identified as Emmanuel Ongom went to her Facebook page and commented on one of her posts.

Cindy had posted a video of the summary of her recently concluded ‘Boom Party’ concert saying the DVD of the show will be done very soon.

It was when Ongom, who is one of her fan came out and commented, “Baby Cindy King herself, we supported during boom party our king, some support your fans who are starving now one love”.

When everyone expected the singer to come out and reply nicely and politely like other artistes always do or maybe ignore the comment, Cindy came out and assured Ongom telling him that there is food for the vulnerable poor like Ongom.

She further went on to tell him to go to the right place and not on her Facebook post. Facebook users who read Cindy’s post replied saying it was a terrible reply from her as most of them were disappointed in her action.

One of them said that he didn’t know that Cindy was fake like that. A one Chi Jah Mbu told Cindy it was not cool branding people vulnerable poor. “It wouldn’t hurt if she hadn’t replied to the post because it was a heartless and disgusting way to a fan to respond,” She said.