Tom Hanks and wife in hospital after testing positive for coronavirus

Pallaso forgives MP Kato Lubwama and S.Africans who beat him to pulp 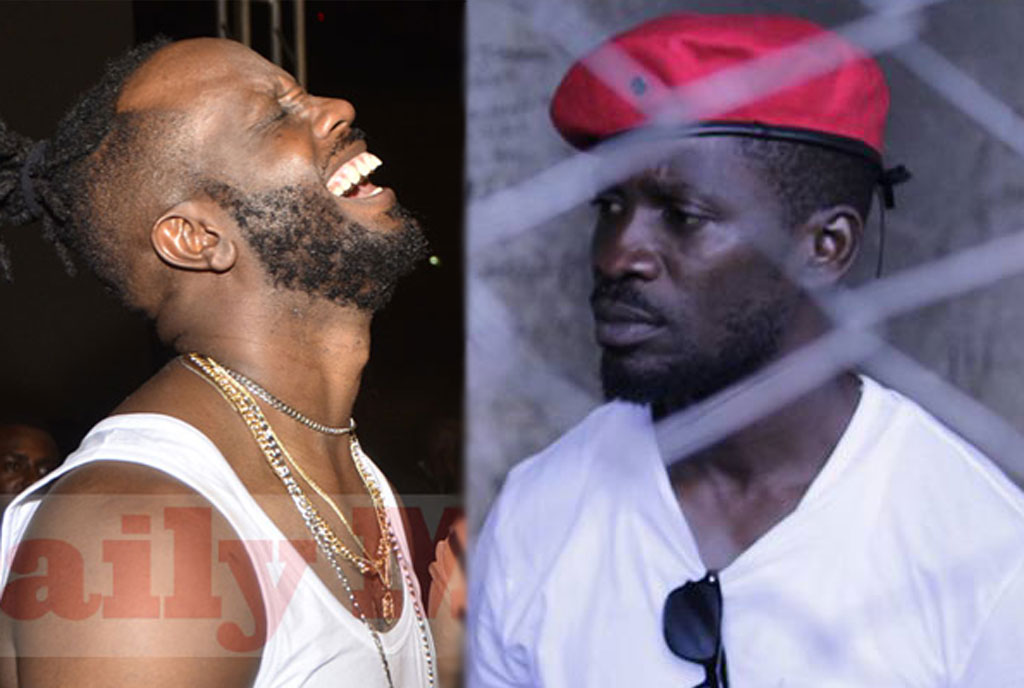 A photo montage of Bebe Cool and Bobi Wine.

When Bebe Cool was pelted with bottles during the Swangz Avenue 10-year anniversary at Cricket Oval, he suspended his performances in Uganda for three months and made his return on stage by organizing his annual ‘Tondeka Ekiwatule’ event on Boxing Day.

Meanwhile, police had blocked Bobi Wine’s ‘Busabala boxing day concert with reasons that he hadn’t met the guidelines to organize a concert.

When Bebe Cool was asked his view about this blockage and why he hadn’t stood by his one-time friend against such treatment, he said Bobi Wine never came out to condemn the actions of people who pelted him with bottles.

The same happened last weekend at Cindy’s show still at Cricket Oval. When asked to comment about Cindy’s bottle incident earlier today on NBS TV, Bobi Wine summed it up saying it’s not an important issue.

“There is a new type that is raped into politics: The politics of throwing bottles at concerts,” asked the moderator.

“This is a very important TV show where Ugandans expect to hear very sensitive and important issue,” was Bobi’s reply.

However, there are some things that make Bebe Cool a force to reckon with in the Ugandan entertainment industry. Hate or love him, he will have everyone talking immediately after something happens to him. That is probably why he prefers to call himself the ‘King of showbiz’.

This was evidenced after the bottle attack.

From Gravity Omutujju and Frank Gashumba to the First Son and senior presidential advisor on special operations Lt Gen Muhoozi Kainerugaba among others.

However, producer Diggy Baur joined the list and described Bebe as a grandfather before advising him to start singing relatable songs as that will help him earn people’s respect once again.

“I would advise Bebe Cool to first distance himself from people. He no longer sings songs that are educative,” said the producer who also added that the ‘Wire Wire’ singer’s counterparts are composing songs like ‘Baliwa’.

“Imagine you do just one song like ‘Baliwa’ which impacts the whole world!” he added.

Baur further advised Bebe Cool to start singing impactful songs and if he can’t get them elsewhere, he has the opportunity to do so at his Sabula Records.

Diggy Baur is behind some of Uganda’s biggest songs like ‘Baliwa’, ‘Sitya Loss’ by Eddy Kenzo, and ‘Go Down Low’ by Sheebah and Pallaso among other songs.