Is live music finally coming to the table? 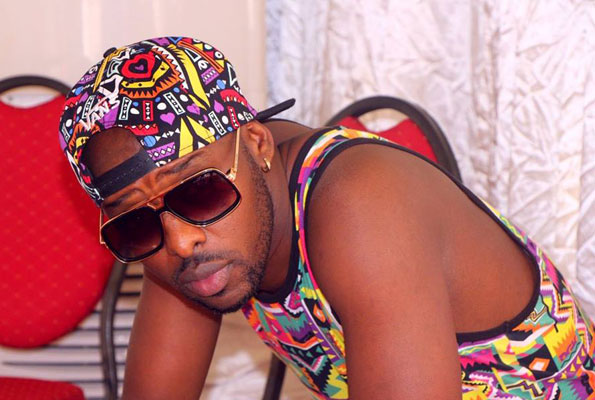 Cindy and her band performing during one of the Fezah nights last year. PHOTO BY MICHAel kakumirizi

LIVE SOUNDS: Live music has rarely been appreciated by local audiences, yet lately, they are becoming a thing with almost every hangout joint,  Andrew Kaggwa finds out why the trend is fast catching up.

Music is the most consumed form of art in any community. From dance, theatre, fashion and film, music will be used to move the story or even for the effect of adding life to it.

This probably explains why musicians dominate the list of the most influential celebrities world over and of recent, they have been spreading their influence to film and theatre, especially when the producers of these arts want to tap into their following.

In Uganda, music is consumed in many ways; caller tunes and streaming, yet, even when all these are revenues for making money, it is through performances that artistes fetch much of their earnings.

At the time Uganda’s pop culture was taking shape in the early 2000, the demand for artistes increased and since the number was not as big, popular artistes at the time found themselves going from one venue to the other.

This would bring up issues of aborted shows to prolonged ones since people found themselves having to move with the entire band and equipment from one place to the next, since the norm then was live performances.

It was at about the same time that some started going for performances with DJs as opposed to a band – this saved money for the performer, and made movement within venues easy – during festive seasons, artistes would designate boda boda riders to help them navigate the different venues they were booked at to perform.

Non-live performances became a hit with promoters, considering the fact that even artistes could bargain for less since all they needed was a CD and if the pay was good enough, some two vixens.

Some people have argued that then, artistes learnt terms such as DJ low and Pullo (written as pull up) even before their lyrics. These were both terms that signal a DJ to stop the song.

Live performances then became special occasions for album launches in Kampala, but it was never a full concert experience. For instance, during the Battle of a Champion between Bebe Cool and Bobi Wine, the latter was accused of using a CD playback for at least two sets until fans of the opposing artiste demanded he plays live.

Yet recently, the way Uganda consumes music has been changing, some can tell between a good and bad stage job. One pundit says this is because the Internet has exposed them to better live performances coupled with promoters that have made shows such as Ne-Yo, Tarrus Riley or even Chris Martin.

Much as bands such as Fusion, Qwela, Janzi or Jemimah Sanyu and her Unit 446 have always been around, operating in a few bars and corporate events, of late they are occupying nights that in 2013 would have gone to a mainstream dancehall artiste.

Kenneth Mugabi at one of his Fezah live performances. PHOTO BY ANDREW KAGGWA

One of Qwela Band’s founding members, Joe Kahiri, says Ugandans have been embracing live music for close to 10 years, though it was all an organic process.

“In 2005, there were two active bands performing regularly; Afrigo Band and Baximba Waves,” he says.

Kahiri says even when some other people regularly threw live shows, they fell short on talent: “The instrumentalists that were good were very few.”

He says even when artistes such as Suzan Kerunen hosted a number of live shows, they all had more or less the same players.

“You had Afrigo and Baximba, then a few good dudes kept playing all the gigs available.”

Ssendikadiwa too notes that there were indeed few gig men as opposed to today where one learns about a new saxophonist almost on a weekly basis.

“The number of people that can play instruments and are vocally gifted has increased,” he says.

Ssendikadiwa says because many of these talented artistes do not have their own songs, they do covers of famous local and international songs.

“At times, they do a better job than the original artistes,” he says.

In 2014, one of the biggest problem the local music industry faced were botched shows; there were situations where artistes were paid to perform at a place and did not show up. The results were usually losses in damages after fans destroyed property in protest.

It is widely believed that the vice dented performers that much as they were loved, venue owners sought alternatives.

When the bands became a hit, performing both original and cover songs, they also became a hit with bar owners. “Some bars bought their own equipment or started in-house bars, making it cheaper.”

Today, almost all places that provide live music experiences almost have their own equipment, which makes it easier to only hire singers and players.

Kahiri, however, notes that even the improving technology has made things swift, noting that earlier, international artistes would demand for sound kits from Nairobi and South Africa.

“Today, there are a whole bunch of service providers that are doing a good job and affordable,” he says, adding that it is the same technology that many believe has exposed Ugandans to better music across or within the borders. For instance, with YouTube and SoundCloud, bands or individual artistes have a lot of access to audiences.

“There was a time when people depended on the radio to learn about new music, they followed what the radio predicted. Today, the audience has options, they get to hear better music that is not on radio, become fans of such artistes and start following their performances,” he says.

The popularity of live music has over time inspired seasonal shows such as A Ka Dope, Acoustic Nights, Live at Fezah, KLArified and outside bars, bigger shows such as Blankets and Wine, Roast and Rhyme, Qwela Junction or Ballroom parties have started making them fixtures on their lineups.

Ssendikadiwa says Afrigo Band has played a big role in all this.

He says the consistency of the legendary band that later saw them branch out to corporate gigs was an eye opener.

“People started borrowing the idea and in a short time, bands offering something different started coming up,” he says.

Almost following the Afrigo script, many of the bands that were set up earlier always had their sound drawn to what many would consider African or ethno.

For instance, even when their instrumentation was modern, Qwela Band kept their sound and message as Ugandan on songs such as Kiiri Omulangira to Mama Tokaaba.

Ssendikadiwa also notes that many live shows by these bands tend to pay tribute to Afrigo through a song; “Look at their performances, many of them will close with Afrigo Band’s Oswadde Nyo.”

However, even when the demand for live bands keeps increasing, their success most of the times means the demise of many would-be talented musicians’ careers.

Sendikadiwa says most vocalists from such bands rarely record their own songs that even when they do, they will stick to covers because that is what the audience wants.

Talking to Start Journal earlier this year, singer Herbert Ssensamba said he performs covers because that is what the audience wants to listen to and they are paying for it.

Ssendikadiwa says many of the talented artistes in bands are always busy learning other people’s songs or performing from one place to the next that they rarely record or even promote the few songs they have.

For instance, he says much as Afrigo’s Don Canta was a versatile vocalist, he may have recorded less than 10 songs in his life time since he spent much of his time performing with different bands in different places.

Today, it is not even surprising seeing someone take to social media to seek recommendations to places where there is a live band performing.

Edward Ssendikadiwa, an art and culture critic and event organiser, says almost every decade the audience moves onto something new.

“For years, people have watched artistes perform with a CD playback and they celebrated them,” he says, noting that artistes such as Bebe Cool, Chameleone or Bobi Wine used to put up spirited performances that were captivating.

He, however, notes that as the years went by, the industry started getting artistes without a wow factor.

“One of the reasons shows have stopped doing well is because many of our artistes perform better in their music videos than on stage,” he says.

The way artistes put up performances has been criticised for long, music pundits have often noted that they care more about the different outfits they will change than creating an experience for those that come to watch them.