With nothing but a passion for fashion, Joram Job Muzira has grown his brand from a mere dream to Uganda’s top model scouting agency, signing girls to international fashion brands in New York, London, Milan and other cities.

At the moment, his agency, Joram Model Management has groomed 12 models, currently working for different international fashion brands. Amito Lagum, the winner of the first season of Africa’s next top model was one of the first people he groom, followed by Patricia Akello, Paul Mwesigwa, and 18-year-old Ayak Vernica, among others.

But how did he get here?

In a candid YouTube interview with Crystal Newman, Muzira revealed that growing his brand over the last eight years has not been an easy journey. He admits that he faced several episodes of rejections before he could get to where he is now.

“I have been rejected like a problem. I have gone through a series of rejection. I auditioned for Big Brother Africa for almost six seasons in a row. Every season that happened, I would audition,” he says.

Some of the models signed by his agency

He adds that the only seasons he did not audition for were the first, where Gaetano Kaggwa represented Uganda and the second one, because he was very young, under the age of 21. “But starting with season three, I auditioned every single time.”

“I kept going because my dream was to show Africa who I am. I thought that if I went on that show, many people would get to know who I am, I would explore so many things and probably become a big brand. But it didn’t happen.”

He recalls a time when the Kampala Sun, a local tabloid published a story of all the Big Brother Africa rejects. “My face was the one popping out the most. They said this was has been rejected eight times, why doesn’t he give up.”

Amito Lagum was one of the first models he groomed

However, Big Brother Africa was not the only place that rejected Muzira.

“Growing up, I loved fashion, I read, I ate and breathed fashion. When I was done with my senior four, I went to Zipper models. They were among the top model agencies in the country and they said no,” he recalls.

A year later, his elder sister Druscillar Muzira took part in miss Uganda and was close to most of the people he had dreamed of working with. “I would tag along, I wanted to meet all these cool people. But she encouraged me to first finish secondary school.” 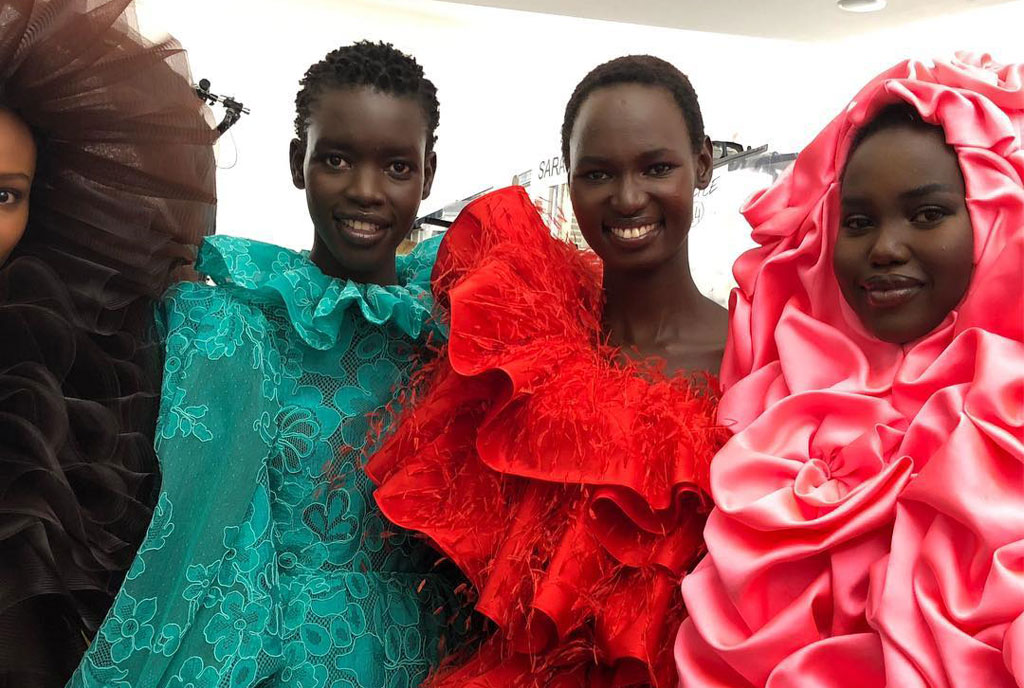 Ayak (in blue) with other models backstage in Paris

Once he was through with his A-level, he went back to Zipper Models and tried to get something to do and they still rejected him.

“It was very heartbreaking. There was a time I walked in and they told me I have a scar, that maybe if they have something that needs someone scary, we would call me. I went to Arapapa and they said no. So I decided to become a stalker.”

It was through that stalking that one of Sylvia Owori’s producers noticed him and asked him to scout for potential models and take them to the agency. He has since then not turned back.