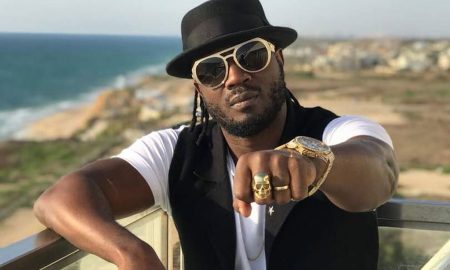 “I’m not revoking my statements about Saha”- Bebe Cool

About a two months ago, the late AK47’s widow Nalongo Maggie Kiweesi and singer Grenade came out and told the world how they were so much in love with each other and were actually planning on getting married.

Shortly after, there was trouble in paradise when Maggie broke the internet ranting about Grenade Official and how he was involving himself in gay acts and having affairs with married women. Grenade Official didn’t say much about the accusations but simply blamed everything on the love that Maggie was feeling for him.

As it is in most cases, Ugandans living and working in the diaspora always come back home to enjoy the festive season and Maggie was one of those that returned.

In a video clip that was recorded recently, the UK based mother bragged about how she has a new man who spends on him and not the other way round. She made it clear how she is tired of spendin on men and it’s time for her to enjoy a man’s money. She further went ahead and confirmed their relationship by saying they are having three introduction (kwajula) ceremonies later this year, one in Uganda, another in South Africa and the last one in the UK.

When asked about Grenade Official , Maggie asked who that was pretending never to have heard of him but later contradicted herself by saying she is demanding him approximately Shs 100M and is still contemplating on where to forgive him or make him pay.

Since Akay’s death, Maggie has been linked to a number of men including a one Ssozi, Grenade, Don Nasser among others