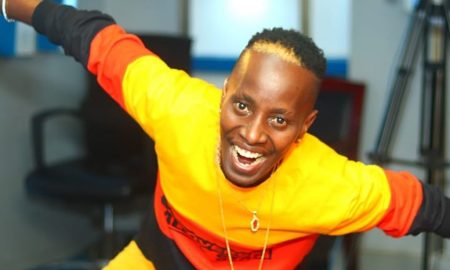 After a week of ranting, King Saha has finally ceased fire and apologized to whoever was hurt saying that it’s not his way of handling things.

“I know most people esp’ the fans are not happy with this saga & I apologize coz that has never been my way of handling things,” he emphasized.

Adding that Bebe Cool’s criticism had a lot of hidden intentions which the public will know in the long run. The ‘Hullo hullo’ singer also promised to deal with Bebe Cool who he said is a fool personally. “So for now, am begging u kindly to allow me feed u musically as I deal with this fool personally.”

This comes a day after Saha posted a short video clip in studio recording a song captioning the clip. “Been long without doing some #AfroPop”. He has also released another song called ‘Sala Pulesa’. Who knows, maybe the warning in Bebe Cool’s list has gotten him working.