I am HIV positive – MC Kats speaks out on health condition 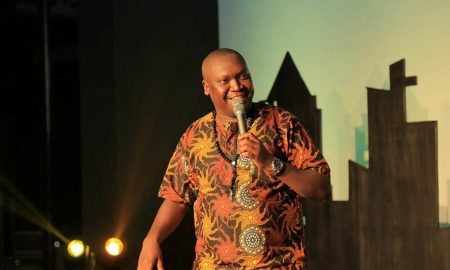 Celebrated MC Edwin Katamba also known as MC Kats was discharged from a hospital in London a few days back where it was alleged that he had had mental health challenges and was very sick.

Well, MC Kats says he was checked and the doctor said there was nothing to put him in harm’s way. The MC is back on his feet, running up and down in preparations for his upcoming 2nd King of the Mic event happening next week.

It was yesterday during his Celebrity Night at Fame Lounge that Kats confirmed that he is HIV positive.

“Whoever said I was mad, I was taken into a body machine, a brain-machine and all other processes until the white man said I needed to be discharged because I didn’t have any problem. I refused and told them how they wasted my time because I have pneumonia and AIDS and that it’s what they should help me with,” said Kats.

The promoter was then told he was to stay at the hospital for one more week. “So base your abuses towards me knowing I’m on international medication. Abuse me if you can afford me. If you can afford a hospital in London, go treat your AIDS, cancer, and diabetes in London and call me back. That’s the truth. I have all these things documented and I will put them on social media. I told the white man now that you know I’m not mad, treat my HIV and Pneumonia. I’m on medication and I’m not even drinking.”

Below is a clip where he confessed.

Below is a clip where he confessed