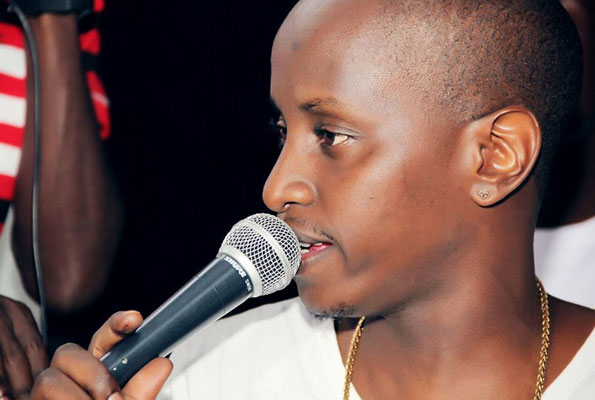 Alex Muhangi a popular comedian, C.E.O Comedy Store and sound engineer officially joined the music industry last year with a single dubbed ‘Olukwe’ and has another song titled ‘entogo’. Just when we thought he had given up on music, he shocked many when he recently premiered a solo dubbed ‘Bamuleke’ on one of the local radios in the city. The song is a love song with a dancehall vibe produced by Daddy Andre.

According Alex Muhangi, in Kampala it’s just about hustle you don’t have to be so good at something to embark on it.

The teaser of the song video was posted on social media by Video producer Sasha Vybes and the reception was not so encouraging.

A bigger percent of the comments from people who reacted asked him to stick to comedy basing on the teaser that was shared.

Giroud Aziizi: He should concentrate on comedy and leave music to the generals, he is another Fresh Dad in disguise

Mukasa Diidi: The fake MAZIKKE he is throwing around and the shallow lyrics….music is not simple

Bawaye Racheal: Remove the beat then you will see how annoying the song is

Oslen Evidz: I thought you were in comedy but you gona make us dance as we laugh

Nico Slax: Wow Alex Muhangi u a badass.. Even Balam will sing hahhaa

Lubs Robs: U man u got talent anyway make sure u make Ugandans proud

Fellow comedian MC Kapale advised the comedy store boss to go slow on music and concentrate on production and comedy. “Artistes collapse easily, and I wouldn’t want him to be forgotten so soon, unless he is doing it for fun but if it’s for the money, I advise he quits as soon as possible.” Mc Kapale advised.