A 34-year-old man is nursing injuries at the Narok County Referral Hospital in Kenya after his wife bit off his lower lip in a family fight on Sunday night, Nairobi News reports. Talking to the press from his hospital bed today, Benson Onsongo, a resident of Talek in Narok West, Kenya, said his woes started earlier in the day when he first received a phone call from friends informing him his wife was attempting suicide by drowning herself in Talek River.

After frantic efforts by him and members of the public, they managed to rescue her and Onsongo took her home. That is when all hell broke loose.  The 27-year-old woman identified as Marcela Kwamboka turned violent and attacked Onsongo by biting him on various parts of his body.

“After I arrived at the scene and we managed to rescue her, I took her home and suddenly she turned violent and it’s in the process that she bit off my lower lip,” said Onsongo showing off the bitten piece of his body which he still keeps.

Onsongo says he has been suspecting that his wife of four years was abusing drugs over the past few weeks. “I suspect my wife has been using drugs, petty arguments over such squabbles as wanting to visit her parents has been turning her violent,” he added. Residents have on several occasions intervened, stopping her attempts to commit suicide and the fights she has been picking up with neighbours.

Nancy Moraa the victim’s sister said that they were not much familiar with the woman as she had only visited their home once but added they want justice done to her brother. “I received a phone call in the middle of the night that my brother had been violently bitten by his wife and his lower lip profusely bleeding, we don’t know the woman well but she must be arrested and questioned,” she added.

Priscilla Marigi, Senior Nursing Officer at Narok Referral Hospital, said that after receiving the patient, they administered first aid before proceeding to treatment. “We administered first aid to the patient and treated him, he is now on anti-biotics and in a stable condition awaiting further treatment,” said nurse Marigi. Specialists say Onsongo might have to undergo re-constructive surgery in future to restore his lip. 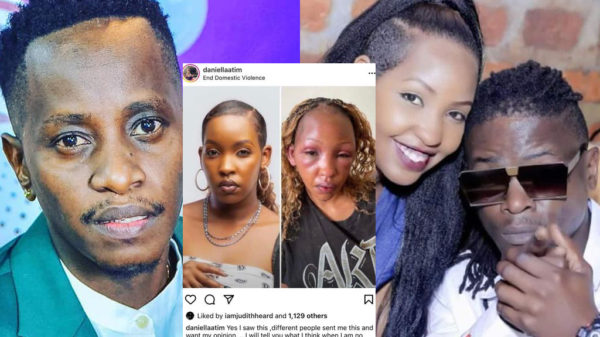