In the song, she sang about how someone she was in love with was not reciprocating the love.

“I’m not a mango that I’m going to ripen, neither am I a paw paw. If you are not seeing my worth, if you are not taking good care of me, others will take me. Then you will realise that you were actually the one in wrong,” Rema lyricized in the song she composed in the popular Luganda dialect. “I decided to stay because of love. Wherever I pass, I leave men in want of me. I don’t entertain them. But you’re sleeping. Wake up. Don’t cry for me when I am taken.”

“I have failed to keep with your ways, I am tired of it. Don’t leave me in a sea of temptation, it might tempt me and I go too far.”

READ: Eddy Kenzo apparently not bothered by separation from Rema

Although she denied in an interview with Spark TV that the song was about her, Rema seems to have meant every line in this song.

On November 1, 2019, she introduces to her a family, a man who appreciates her worth and is ready to take care of her; the one who was awake while Eddy Kenzo was asleep. According to an invitation card circulating on social media, her introduction ceremony will take place at her parents’ home in Nabbingo, Butaka in Wakiso District at 11:00am.

“The family of the late Mukiibi Ssemakula and the late Hamidah Nabbosa of Nyendo Masaka, with great please, invite **** to the introduction of their daughter Rehema Namakula, due November 1, 2019,” the card reads.

Social media is also awash with photos of the Rema and her fiancé. It is rumoured that the couple did their Nikah about six months ago. Nikah in Islam is a contract of marriage.

Identified as Sebunya Hamza, Rema’s fiance is said to be a doctor at Mulago Hospital. Rema has been in an on and off relationship with Singer Eddy Kenzo. Their eight-year relationship resulted in the birth of a child.

Local tabloids report that Eddy Kenzo is aware of the function and will entertain guests as his baby mama gets married to someone else. 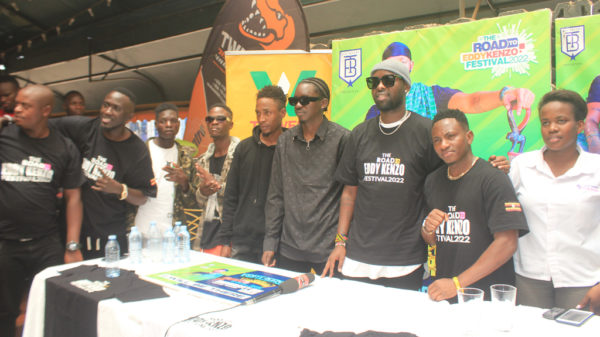 ‘Ssemyekozo’ hit maker Edirisa Musuza aka Eddy Kenzo has advised the youth to stop engaging in early and unnecessary marriages if they want to...