Museveni regime should come to an end – Chameleone Police arrest singer Joseph Mayanja, aka Jose Chameleone (with tie), shortly after he addressed journalists at the Democratic Party offices in Kampala on July 16, 2019. Photo by Michael Kakumirizi

Artiste Joseph Mayanja, aka Jose Chameleone, has said time is now to dislodge President Museveni’s regime which he said is full of deception.
“The regime has denied us power. We must be together and avoid mediocrity if we are to achieve the change we want,” Mr Mayanja told the media briefing at the Democratic Party (DP) headquarters in Kampala yesterday.
After his media briefing, the police picked him up as he stepped out and drove him to his home.
The conference was attended by Abed Bwanika, Micheal Mabikke, John Mary Ssebuwuufu, and DP spokesperson Kenneth Kakande.
“We must be unified, I am standing here as a Ugandan who wishes to see a better nation, we want to achieve for the nation, not our bellies. Museveni’s government should come to an end. It has run out of ideas, lost a point,” he said. He then declared a full blown campaign that starts today with an anticipated mass registration at Katwe where he pledged Shs.1m to buy tickets for the first 500 enthusiasts who will join DP.
He said the country was messed up country with all sectors broken down, adding that Ugandans must be hopeful because a brighter future lies ahead.
“I am not here for popularity. I have seen it all and got fed up. I just want to get rid of the bad rulers. Museveni’s government should come to an end with all the people he is serving with. Let them surrender power to us so we rediscover ourselves, our nation,” Mr Mayanja said. 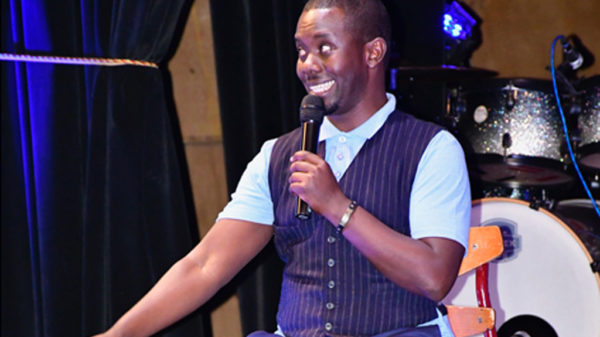