Comedian Volodymyr Zelensky had already been inaugurated as president of Ukraine — as a character in the popular TV show “Servant of the People”.

The 41-year-old performer has now taken on the role for real, following a long-shot campaign that sent establishment candidates tumbling amid popular discontent with the political class amid poverty and corruption.

Supporters see the political novice as a breath of fresh air but critics say he is a puppet of powerful rivals to outgoing leader Petro Poroshenko.

“I’m not a politician, I’m just an ordinary guy come to break the system,” he said before the second round of voting in April.
In his inauguration speech on Monday, he took a tough line, immediately calling the dissolution of a hostile parliament and declaring his top priority is a ceasefire in Ukraine’s conflict with Moscow-armed separatists in the east.

“I think we will see a new, unusual president,” political analyst Volodymyr Fesenko said.
“We saw he is quite decisive and I think that will be Zelensky’s style.”

His approach was deliberately informal: he walked to the inauguration from his home and exchanged high-fives with supporters on the way. In his speech, he urged officials to hang pictures of their children in their offices — and not his photograph.
“A president is not an idol,” he said.

‘No promises, no apologies’
On the campaign trail, Zelensky blurred the line between politics and entertainment.

He eschewed media interviews and traditional rallies, preferring to address voters via social networks and perform at gigs with his sketch troupe right up to the first stage of the vote.

The father-of-two has embraced the fact his campaign has been light on solid pledges. One of the posters for his candidacy declared: “No promises — no apologies!”
The entertainer has been compared to US actor-turned-president Ronald Reagan, Italian populist and comic Beppe Grillo and current US leader Donald Trump.

The story of his rise mirrored that of his character in the hit sitcom, which returned for its third season days before Ukrainians went to the polls in March.

In the show, a school history teacher is elected leader after his video rant against corruption goes viral.
Zelensky has been accused of being a front for the controversial Ukrainian oligarch Igor Kolomoysky, who owns the channel which broadcasts the shows.

Kolomoysky, one of Ukraine’s richest men, became a regional governor at the start of Poroshenko’s term but was forced to resign following a row over a state oil firm.
He moved to Israel but reportedly returned to Ukraine shortly ahead of Zelensky’s inauguration.

The actor has denied any political connection and ahead of the vote said the oligarch would be jailed if he was found to have violated any laws.

An investigative television report at the start of the year accused Zelensky of having commercial relations with Russia.

This is a highly sensitive issue following Moscow’s annexation of Crimea and its backing of separatist rebels in eastern Ukraine, in a conflict that has cost some 13,000 lives since 2014.

Following the broadcast, Zelensky confirmed he had shares in a Cypriot company that owns a Russian group and promised to sell them.

Standing up to Putin
On the campaign trail, Poroshenko mocked the Ukrainian-language skills of his Russian-speaking rival and said he lacked the political chops to stand up to Putin.

Zelensky has insisted that as leader he will demand Putin end Moscow’s occupation of Ukrainian territory and pay compensation for the conflict.
He has also pledged to keep Kiev on the pro-Western course it charted under Poroshenko.

The diminutive performer, from the industrial city of Krivy Rig in central Ukraine, is a dollar millionaire.
He declared income of 9.7 million hryvnias ($368,000)in 2018 on Monday as well as a collection of luxury watches and property in Italy, Britain and Georgia.

He has a law degree but made his career in entertainment, turning his Kvartal 95 comedy troupe into big business. The group has toured in Russia and he has performed in Russian films.

Zelensky is of Jewish descent but has said that religion is a personal matter and it played no part in his campaign. He swore his inauguration oath on the Bible. 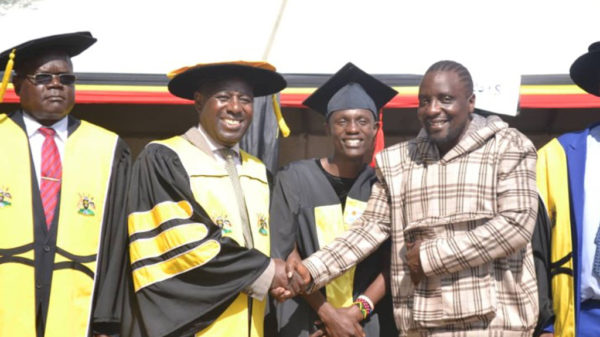