Again? Sylvia Owori throws shade at Barbie, calls Zuena one of the most inspirational women Ugandans who were hoping for a kiss and make up between Sylvia Owori and Barbie Kyagulanyi might have to wait a little longer as the ladies’ social media war has taken a turn for the worst.

The fight started when Owori said that Barbie, a wife to Kyadondo East MP Robert Kyagulanayi alias Bobi Wine was not fit to be on the panel at the Geopolitics conference at Makerere University held in October.

Barbie wasn’t taking the jibe sitting down and also responded in a witty but somewhat sarcastic post that instantly went viral.

Since then Owori has taken it upon herself to prove that Barbie is not all that like she is portrayed on social media.

She got the ‘genius’ idea to instead heap praise on Zuena Kirema, a wife to Bobi Wine’s long term nemesis Bebe Cool.

The once popular fashion entrepreneur called Zuena the ‘unsung hero’ who doesn’t not receive all the credit she deserves.

She gave a long detailed history of how she met Zuena and seen her grow into the ‘Trailblazer’ she is today.

Zuena is one of the most motivating women its true, She truly moves me. I feel that we need to equally celebrate such women who are truly encouraging and true trailblazers in truly inspirational ways.

RELATED STORIES
Sylvia Owori, you shouldn’t have trashed Ikwang so

Sylvia Owori calls herself a designer, kumbe she’s a “bodyguard” of Bad Black and of late Zari?

As you might be aware I met her on the Eastern Region Tour of Miss Uganda 2001 in Jinja I was immediately struck by her audaciousness in daring to compete in Miss Uganda that to that generation was a pretty much a completely new and unheard of thing. My wonderful team and I at the time were trying to recreate.

All sorts of pageantry or anything that involved putting young ladies in the lime light were severely shunned upon by society.

Zuena wasn’t terrified of that; with her modest height, she dared to compete with tall girls who were of course much older than she was. In the sea of equally smart and stunning girls, she shone bright like she was and became a fan favorite.

She unfortunately didn’t win the Miss Uganda final pageant that year but she was the Eastern regional winner and Miss Bell as well.

By the way she was my favorite but of course I didn’t get to judge.

Zuena, a simple God-fearing down-to-earth soft-spoken woman with a soft spot for children and an industrious mother of six well-behaved children while running her fast growing baking and decorating business. All of this away from the most times misleading illusion behind stardust that we often run our businesses and lives in general these days.

I think with the onslaught of social media especially in Uganda recently a lot of women feel as though they are constantly under a spotlight. There is pressure to look your best, to be the smartest and the most accomplished and post it for likes but that’s not for me to judge as well as such is the irony of our times.

As a result, our society has changed from the kind that would never let shy Muchotala girl from Jinja to participate in Sylvia’s “Kimansulo” to one that continuously and quietly awfully place put some women at odds with one another just for the sake of it.

I think instead of seeing women as competitors, we should begin to see each other as collaborators and celebrating women that are doing fantastic stuff with or without the limelight. The ability to do this is often contingent upon our self-perception. If we see ourselves as strong, powerful and unique in our way, then we wont feel intimidated and threatened when another woman is walking in her truth, power, and virtuosity just like Zuena has done and continues do for after that night on Miss Uganda 2001 stage.

You see, I think a lot of women portray to be supporters of other women and are truly NOT just like you could have noticed last week after I made some observations of how our society rewards mediocratic achievements of everyone in our society.

While, I have been fortunate throughout my career in an array of fields to have worked with primarily incredible women and have also crossed paths with some amazing women who truly understand the meaning of support and dreaming big PLEASE NOTE. (it has to be more than a #TeamSylviaOwori hash-tag to be genuine), the conversation surrounding ME, other women and my apparent support (or LACK OF thereof) for others should be the one that continues, not the current Vulgarities which are purely directed as Personal attacks.

It is at that moment we hopefully are capable of seeing how important we include perceived underdogs such as Zuena at Miss Uganda 2001 and other women’s importance to contribute to society no matter the level of KATALA they are currently having.” 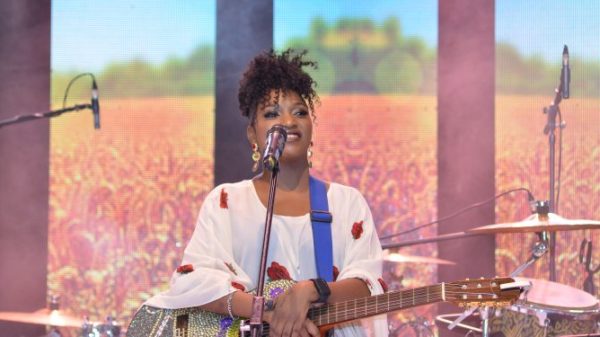