The Abryanz Style and Fashion Awards (ASFAs) have become a fete that fashion die-hards look forward to as they anticipate receiving nods for their work. Indeed many walked away smiling after getting that much-desired recognition after this year’s edition of the awards held yesterday night at Kampala Serena hotel.

Some of the surprising wins included Bebe Cool who was declared Most Stylish Male Artiste (Uganda) while Sheeba Karungi scooped the award in the female category. Equally competing for attention from guests were showcases from different designers including Sheeba Kassami (SKP), Monica Kansiime and Alecool Clothing. Themed “African Fashion is the Future, Fashion Takeover”, the awards also hosted foreign designers like Nigerian Mai Atafo who stole the spotlight from South African designer David Tlale (Tlale has been a favorite at previous ASFAs). The Nigerian came with a unique and captivating Beauty and the Beast themed showcase that was highly applauded even by other designers. Wearing a lion’s mask Atafo entertained guests while dancing with one of the models as others were showcasing different designs on the catwalk. The Ciroc-sponsored event was an evening of breath-taking design works and spellbinding musical performances. South African duo Mafikizolo, turned the heat up serving hit after hit, crowning the night with their latest release Love Potion that also bagged them the Africa’s Most Stylish Video of The Year accolade.

This year’s event had a touch or royalty, with the Nnabagerekka of Buganda, Sylvia Nagginda gracing the event. Famed local herbalist Maama Fina and KCCA Executive Director Jennifer Musisi  all showed up to support the award ceremony that has increased from 24 categories to 34. Hairstylist Of The Year (Uganda):Nambuusi Maureen

Stylist Of The Year(Uganda): Tinah Brad

In this article:Abryanz Awards, awards, featured 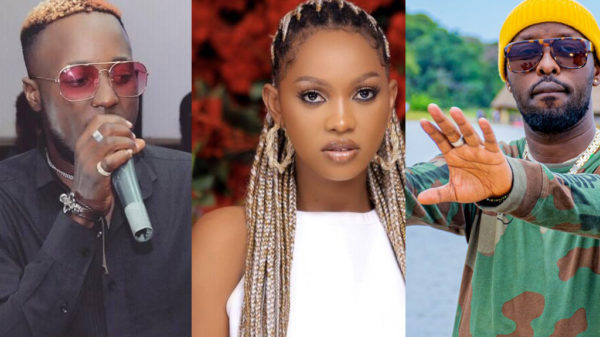 The African Muzik Magazine Awards (AFRIMMA) organisers have released the nominees’ list for the ninth edition of the awards set for November, 6. Seven...