Ever since Maurice Kirya’s relationship with Pastor Michael Kyazze’s daughter, Jemimah Kyazze ended in 2013, Ugandan ladies have been holding onto hope that the singer would notice them and ask them out. In fact many were flocking his Sound Cup eat out to catch a glimpse of the man candy they thought was single. Maurice Kirya has broken his female fans’ hearts by showing off his girlfriend. COURTESY PHOTO

Kirya, however, broke their hearts when he unveiled a mystery white woman on social media. Clearly deep in love, he gushed about how his lady sends him selfies to brighten up his days. The post did not go down well with his female fans who accused him of breaking their hearts. The post shared by Maurice Kirya about his girlfriend.

Yesterday, the Busabala hit maker was the topic of discussion on many social media platforms as heartbroken women shared the pain they went through on seeing the post.

One bitter woman commented saying: “Girlfriend’. Not moved!!! She can be from Mars or wherever God knows. This is my man!”  In response, other women corrected her. “No madam, he is our man.” The women were not amused with Maurice’s PDA.

A one Patricia posted, “And here I was hoping…praying…” she was however, consoled by her friends who advised her not to give up on her dream man, “Until you see a ring…never give up!!! People break up every day.”

But one woman even went the extra mile and shared a lengthy letter she one time wrote to Maurice Kirya and advised Kirya’s new girlfriend to be ready for battle as she is ready to fight for him.

The singer’s girlfriend has so far only been identified as Gceverbeek on social media. Kirya has for a while been posting cheeky videos of him and the mystery woman.

In this article:featured, Maurice Kirya 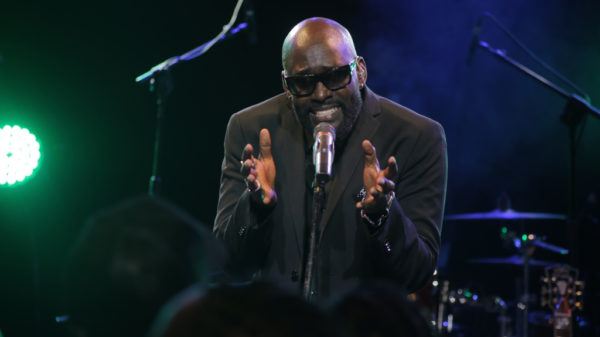