Juliana is back but with a lot of criticism Juliana Kanyomozi is undoubtedly one of Uganda’s best artistes considering her dominance on the music scene even with fewer songs than many big artistes. She has managed to keep her supremacy intact, but after two years in a hiatus, the musician made a come-back which has received a lot of criticism. After releasing a teaser on Facebook about her latest song ‘I’m still here’ that left many people on their toes, she not only released the audio but the video at the same time. Little did she know that people’s anticipation would turn into abuse after the video that was released was shown to have scenes that were taken straight out of Jennifer Lopez’s ‘I ain’t your momma’ video.

Some of the scenes include the shots when the artiste was scrubbing the floor, and when she was ironing. She didn’t only stop at that but went ahead and borrowed a leaf on the clothes too,

However, to cut her some slack, the director of the video should be held accountable.  It was shot by Justin Campos, a South African video director who should have known the consequences of what he did.

It might be a beautiful video, in fact one of the best in Uganda, but it questions Juliana’s credibility as a legendary artiste.

In this article:featured, Juliana Kanyomozi 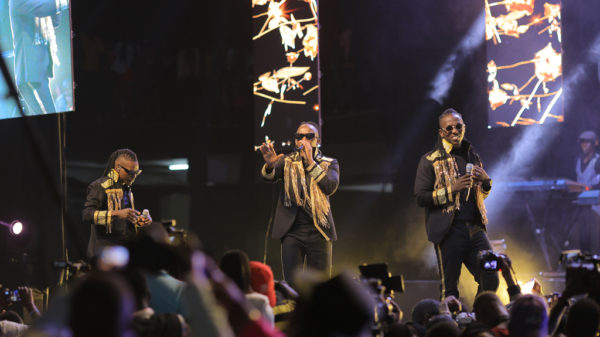 In 2018, a new group Kampala Boys, alias B2C staged their first concert at Freedom City. It was two years since the group had...

Juliana Kanyomozi proves worth in concert

Two hours is what it took for Juliana Kanyomozi to prove she’s still here. That’s despite a nine-year stage absence and that’s without mentioning...