Flying high: Growing up, Paul Mwesigwa was a shy boy who rarely opened up to people. But thanks to his modelling career; the 24-year-old is now confident and comfortable around people. The now South African-based model opens up to ESTHER OLUKA about his humble beginnings and how he managed to cross his art over to the world.

Tell us about yourself
My name is Paul Mwesigwa. I was born 24 years ago to Stella Biribonwa and the late Samuel Busiku. I have six siblings. I am 6 feet 2 inches tall and I recently got signed to Twenty Model Management based in Cape Town, South Africa. Growing up, I was that kind of child who was in their own world and was very shy. But all that changed a few years ago when I started modelling.

How did you get into modelling?
During my Senior Six holidays in 2012, I visited a number of fashion houses looking for work to finance my university education. Sadly they all turned me down, saying I had to first attain a university qualification.

Is it there that your job hunting ended?
No, I did not give up. I went to Sylvia Owori’s store. I was not hired but was told by one of the attendants that because of my distinct look and height, I should try casting for an upcoming event dubbed the Forever Love Fashion Show. I thought it was a great idea and since the castings were happening the following day, I went to the Internet to find tips. Unfortunately, I was not booked for the show. This, however, did not deter me from looking at the bigger picture. I did more research and realised there was more to this industry than just walking the runway. But was it ever your dream to become a model?
No. I never dreamt of becoming a model. Instead my dream was to become a fashion designer, creating and designing clothes.

When did you finally break through?
After the Forever Love casting in 2012, a friend called me saying a modelling agency called Flash Models Uganda was looking for models for their fashion reunion party. I went and met the director and some of the designers who were going to showcase at the show. They loved my look and picked me. But I would say my first professional casting was in 2014 at Kampala Fashion Week. I auditioned alongside renowned models that had appeared on billboards and commercials. Although I was nervous, the tryouts went well and I was finally booked to walk for the event.

How did you land the modelling contract in South Africa?
Well, after working on and off as a model for four years, I got signed to Joram Model Management (JMM), which helped me master the art in this profession. Through JMM, I was introduced to Pearl Ayanda, a model scout based in South Africa. Ayanda worked tirelessly together with Joram Muzira, my manager, to place me with 20 Model Management, an international agency in Cape Town, South Africa. A few weeks ago, I moved to South Africa.

How long is your contract?
Three years, but it is renewable.

How are you finding life in South Africa so far?
So far, I have learnt all the streets in Cape Town and made some new friends whose cultures and languages I am learning. Sometimes I get star struck when I see renowned models who have been featured in different magazines and fashion television shows.

What fashion shows have you walked for in South Africa?
A few days ago, I made my first runway debut at the South Africa Menswear Week Autumn Winter 2017 walking for designers such as Mai Atafo, Craig Jacobs and Emmy Kasbit.

So, did you ever go to university as planned?
Before I left Uganda for South Africa, I was in my second year pursuing a Bachelor’s degree in Art and Industrial design with Education from Kyambogo University. I put that on hold but hope to resume at some point in time.

What do people get wrong about male models?
People think male models are accessories and play toys. Since this industry is female-dominated, the men are not taken seriously. People need to change the way they perceive us. We deserve space in this business as much as our female counterparts.

What life lessons are you picking along the way?
I am learning to be more calm, patient and tolerant towards people – attributes one requires to survive in this industry. Also, my faith is stronger since it is hard to survive in this business if you do not have God by your side.

Who inspires you?
My mother is my greatest inspiration. She is a focused, ambitious and God-fearing woman. The other people are renowned international models including Tyson Beckford, Tyra Banks, Heidi Klum and Robin Fryer, the Twenty Model Management director.
I admire them because they came from nothing to becoming powerful brands, entrepreneurs and business people.

Speaking of mother, what does she think about her son being in this kind of industry?
She is very supportive. My mother is actually a fashion fanatic. I remember the first time I told her that I was venturing into modelling, she did not oppose. Instead she was very excited and happy for me.

What do you think needs to be done to see more Ugandan models make it to the international stage?
Upcoming models should learn to get professional local agencies that will have their best interests and help push their careers. The Ugandan fashion industry also needs to jump out of its comfort zone. Uganda needs more fashion weeks, fashion magazines and fashion events that can help discover more talent.

Any advice to aspiring models?
They should know that there are six principles that can help them achieve their goals in life; confidence, discipline, positive attitude, determination, focus and prayer. Also, they should have it at the back of their minds that this industry is tough.
It is a cutthroat and a jungle out here. Fight for your space like your life depends on it. Someone once told me: “Be a shark among the sharks but a wise one. As the other sharks are busy biting each other, you swim through to where you want to go”.

Any last words…
No one should wake me up from this dream.

2014: THE YEAR PAUL MWESIGWA GOT HIS FIRST GIG, TO WALK FOR KFW 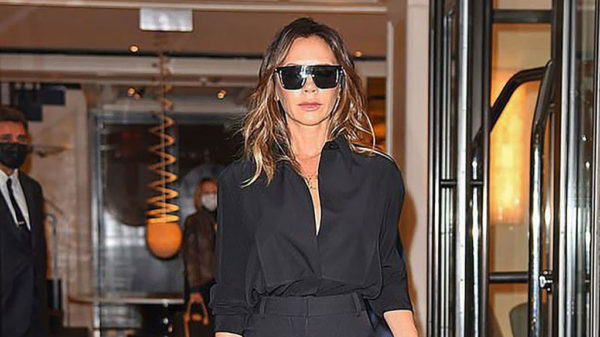 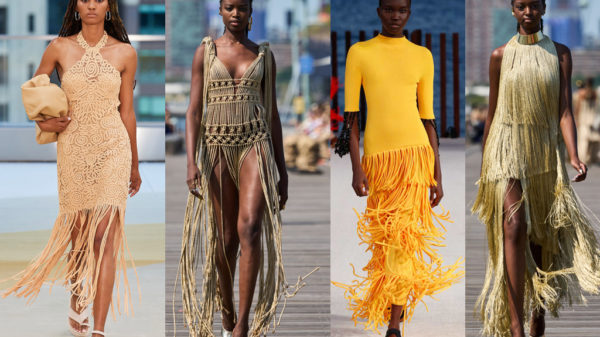 PLAYFULLLY DIFFERENT: The fringe detail has been around for a minute but has been taking over the fashion scene recently with the styling detail... 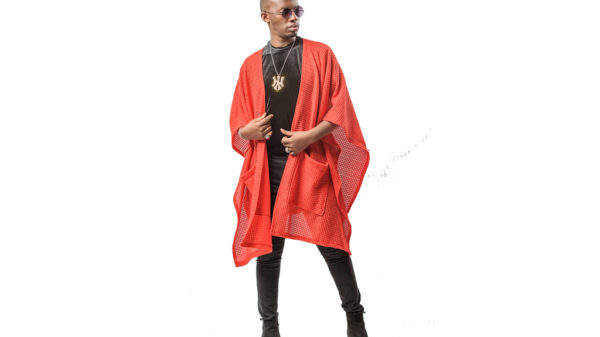