Triplet style: When Ziza Bafana made his entry into the music scene through a duo called Back 2 Life, they were considered copycats of the duo Radio and Weasel but they managed to hang on, with five songs topping the charts. When the group disbanded, Ziza Bafana went solo to become one of Uganda’s best dancehall musicians. Isaac Ssejjombwe writes.

Just like most artistes, Ziza Bafana started out in church, playing drums and pianos, and singing gospel music but he did not stick in the church for long because, according to him, gospel music was not recognised at the time. His first projects after going solo included Abakazi Babatulugunya, Ba Mugumu alongside Eddy Kenzo and David Lutalo, Fogo with Rocky Giant and I, You, We with Navio, Exodus and Don MC. The songs did not have a very appealing impact, so Bafana teamed up with Yiya Moze to form Back 2 Life music entertainment, a group that he says opened doors for him.

The birth of back 2 life & break-up
Just like him, Bafana’s singing partner Yiya Moze had also suffered the same music fate, but because he had spent more years in the music industry. Yiya had connections and Washington was the first person he visited for advice. The veteran producer was working with the Goodlyfe duo Radio and Weasel then, so he advised him to team up with a dancehall artiste who would suit his vocal ranges. “Washington then invited me for a chat because I was friends with his brother. But instead of doing a new song together, we decided to do a remix of his Tebakulimba song and a few days after its release, the song became a hit. Fast forward, we were recording more songs together, which inspired the name Back 2 Life,” Ziza says. Other hit songs from the duo included Namagalo, Togenda, Killing Me Softly, Ngamba, Naye Gwe and Weakness for Sweetness, among others. However, just when they were on the verge of knocking the Goodlyf out, the two fell out.
“Life is a journey. You meet some people who either put you up or bring you down. Yiya is one of the people I can never forget in my life because he helped push my dream. But we had our differences and I didn’t want us to clash, so I respected his decision to separate. He was a producer while I was good at instruments, writing lyrics and vocals. Our combination was perfect and in fact we also had a vision of setting up our own studio and we had planned to name it New Life or Back to life, but all those dreams went down the drain.”
Asked if he would team up with Yiya again, Bafana says: “I am past that now. I am concentrating on better things ahead and focusing on visionary people.”

Going Solo
Real name Richard Kasendwa, Ziza Bafana says it is his friends who decided to name him Ziza Bafana after returning from a trip to South Africa. “Bafana is derived from the South African football team which in Zulu language means someone energetic man.”
Ever since he separated with his singing partner, Bafana has released hit after hit, some of which include Gyayo Ntekeyo, Pomini, Gulumanasomye, Badman, Bantu Baffe alongside Saha, Friendly Match with Zanie Brown, Shy Gal with Naira Ali, Agende, Byagana featuring Goodlyf and the latest Tuli Majje among others.
He has also won 10 awards in five years; Buzz awards, Zzina Awards, HiPipo music awards, among others.
The artiste even promised to make Ugandans forget Jamaican music in one of his songs and when asked how he was going to do that, Bafana had this to say: “I can’t blame anyone if they love Jamaican music because that is a choice but I’m speaking about patriotic Ugandans who have it at the back of their mind that Uganda has to develop, that Ugandan can sacrifice his life for his country, those who have a vision where Uganda is heading, those who listen to my music and are contented that the Ugandan music industry is heading in the right direction. If my music can be embraced by people who are not Ugandans, how about my fellow countrymen?” On being a ragga artiste
Ziza Bafana identifies himself as a ragga artiste because he has a heavy voice and that it is the style of music Uganda is known for even during the time when Congolese music was threatening to take over. He adds that having grown up listening to ragga made him develop the passion to the extent of modernising it by blending original ragga to a newer version called Triplet. He blows his own trumpet, saying Jamaicans also appreciate his music.
On allegations that most of his songs carry hidden vulgar messages, the artiste says Ugandans have a tendency of not digesting things the right way, giving an example of how some English words are used in day-to-day life. “If you are not ashamed to say the ‘F’ word or sex, why would it be a problem if I say ‘Gulumanasomye’? We are just not so proud of our languages.

The beef
In August 2014, at Lido beach to be precise, it was reported that Ziza Bafana and former Gagamel singer, Denzel, were locked in a fist fight over allegations that Bafana had disrespected Bebe Cool while on stage, but disregards the incident, saying Denzel just wanted to sing too yet he had not been advertised to perform. A commotion ensued when he stepped on stage without anyone’s permission.
Asked if he has any problem with Bebe Cool or any of artistes, Bafana said his new fusion of style has overtaken the industry. “The style of music I do is similar with Bebe Cool’s, only that the way I fuse mine has made his less popular. But I don’t have any problem with Bebe Cool.” He added that he respects the top artistes even though they sometimes don’t respect themselves because even their children cannot support their fathers. His music
Ziza Bafana says he has more than 100 songs, which is more than 10 albums. He categorises some as hit songs, others popular, while others as ordinary. The singer credits Gyayo Ntekeyo as his breakthrough song as a solo artiste because it sustained him for a year and a half after he had separated with Yiya Mozey, although he also loves Tebakulimba and Namagalo because they were popular in their time.

His strongest weapon
I can exhaust everything in Luganda and nothing can make me change from singing in my local language. I can give you an example of Redsan who was a very big and respectable artiste in Kenya but when he decided to sound like Jamaicans, his career hit a dead end. With Luganda, I am able to educate, entertain and amuse. I can say I’m a complete package. I’m a performer, I have the vocals, I write and sing as well. My style, which I call ‘Triplet’ cannot be copied.

Future prospects
His concert was cancelled last year after failing to meet KCCA demands but the artiste promised to stage concerts every year. He also said he will continue promoting the Ugandan flag high everywhere he will go. The singer called upon the government to come and support the music fraternity just like the Nigerian government is doing.
When told that some artistes had already pledged government support, Bafana said: “Most Ugandan artistes are greedy and hopeless that is why they always front cars as their investments. They take the public for granted yet the public can google and find out how much those cars cost. We are past that age. They have never talked to the big man about the things eating up the music industry.”

Ziza Bafana was born to Noel Nansikombi and the late Ronald Sseruwoza of Masaka District. He is not married but has two children; five and three years old from different mothers. He dropped out of school while in S.2. “My dad passed on when I was still a child and my mother was more of a village woman. My aunt brought me to the city when I was nine years old but she also passed on shortly and being a boy, I looked for means to survive. I did every job I could get my hands on. I worked as a mechanic, farmer, boda boda rider, sold chapatis, repaired phones, conducted taxis, made bricks, constructed, played drums, and ministered in church.”
“I thank God for what I went through because at times, what you consider as challenges are actually lessons that can help you at some point in the future. Because I was exposed at an early age, I can survive independently because I know how to peel, cook, farm and so on”. 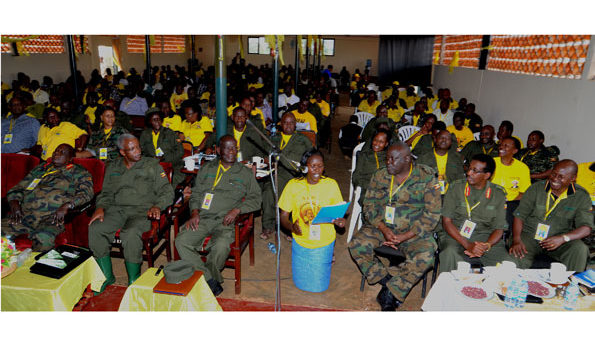 The STRATEGY? From kneeling before the President, embarrassing yourself in public, mobilising voters to being of age, there are many ways you can win... 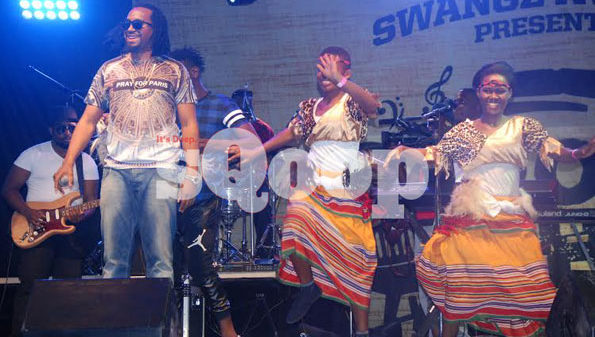 Njogereza has made it to top five on many charts in the country. Whew, looks like Navio finally got his big break. But let’s... 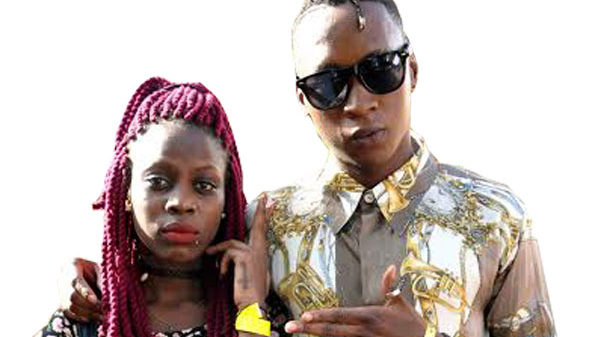