The acute angle : Kudos to all single parents out there 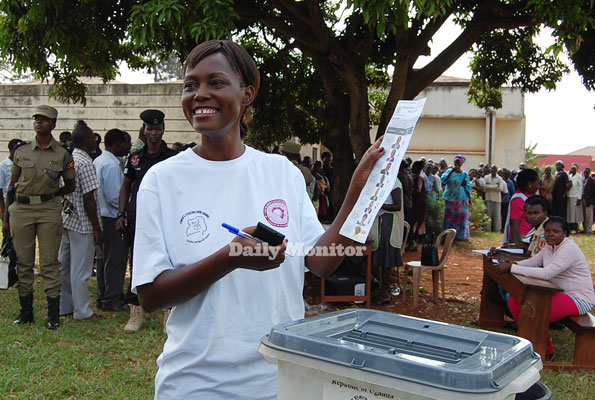 The Acute angle : Life needs to go on after the polls

Early this week, I witnessed a very unlikely domestic argument between a little girl and her dad. The guy was visibly irked by the fact that she did not want to wear a sweater to school, but he was more than determined to make her wear it at all costs. His daughter, on the other hand, wasn’t having any of that and she refused to put it on. Ohh gosh! You know how these MTV children of nowadays behave. She threw herself onto the ground in protest and cried for the entire neighbourhood to come to her rescue, but the guy was not ready to barge. She was acting like one of those Besigye supporters, only that she was as cute as a button and less destructive.

She demanded to see her mother and vowed never to speak to the dad again. The guy did not seem too bothered because he had completed an improbable task. The funniest thing is seeing a grown man with beards cultivated all over his face fidgeting with something as trivial as a sweater. Oh Lord! Interestingly, even after going through deserts and valleys to make her wear the sweater, it was worn inside-out. Would you imagine that? I can bet Satan lives amongst us I tell you.
From the onset, it was just a sight to behold. There was a really deep affection this guy had for his daughter and I am sure he did not even notice it. The whole tough-look act he was trying to put up was just that, an act. Other than that, he was a passionate dad who was simply looking out for his daughter. He was also the same guy who had prepared and packed her breakfast in an improvised container, organised her books before walking her to school. He surely was not your perfect dad but he was really trying. There were many signs to hint that he was a single dad, but I was swayed by the fact that he was not delegating his roles as a parent but making sure that he is actively involved in the child’s life.
For one reason or another, couples separate and then you find that one of the parents has to shoulder the burden of parenting. It is refreshing to know that people are out there willing to play the role of mom and dad without complaining. I know a bunch of ladies who have been made to go about it alone because of some cowards who cannot help out with their children. To be honest, you are the true heroes. Guys, if you know that you have ever shopped sanitary towels for your daughter in a supermarket, you are one brave man and today we celebrate you.