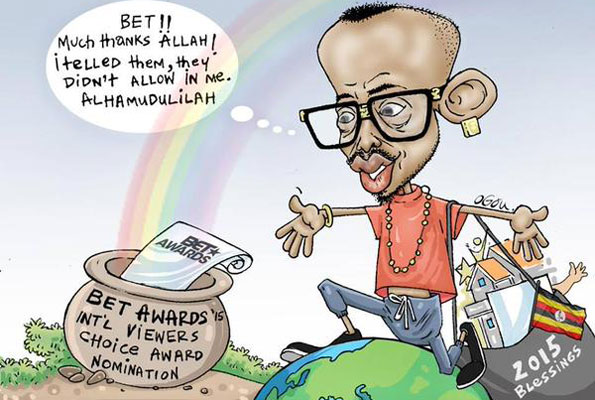 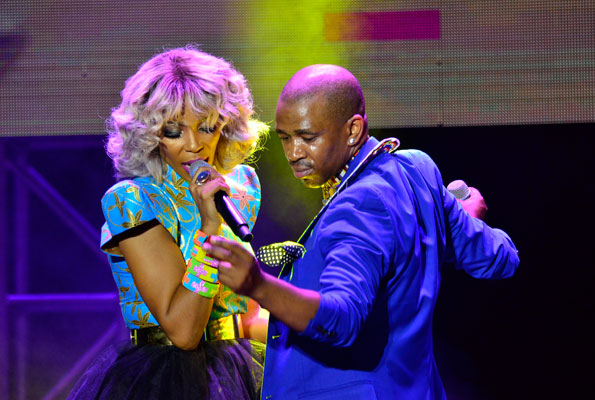 The last time Bebe Cool, Nazizi and Wyre performed together in Kampala was four years ago during Bebe Cool’s Minzani album launch at Kyadondo Rugby Club. On the same day, Bobi Wine had his Matyansi Butyampa concert at Africana. Last week though, the three artistes who made up the East African Bashment Crew came together at an the Pop Bottles Party at Kololo Ceremonial Grounds.

Bebe Cool was the first on stage at around 8:30pm and he did songs such as Byebyo, Wah Kinda, African Girl and summing it up with Love You Everyday before Wyre stepped in to do Nakupenda Pia, Make A Choice, She Say Dat among others before inviting Nazizi on stage.
They both did Kenyan Girl Kenyan Boy and Bless My Room after which they invited Bebe Cool back on stage to reminisce the golden days in the mid-20s as the dynamic triple. The 2007 Channel O Music Video Awards winners for Video of the year Kube performed songs such as Give Me More, Kube and Fire Anthem with the crowd singing in unison.

Before the union, the crowd had received an exhilarating and energetic performance from Sheebah at 8pm while doing Go Down Low, Nipe Yote, Otubatiisa and Love Hater with Cindy with whom they do the same style of music ironically cheering on in the audience.

Other unexpected performances came from Exodus and some dancers but besides the stage headlines, several loaded camps where also in attendance. The Rich Gang, The Money Team, Jack Pemba and SK Mbuga made an appearance so did Patoranking.

Although the event started on a low note with just a handful of revellers, it later proved to be a sellout as hundreds started gathering in from all corners by 7pm. This was the second edition of the party but Pop Bottles is slowly proving to be yet another classy event on the entertainment calendar.