How to be… the no-nonsense Pombe Magufuli 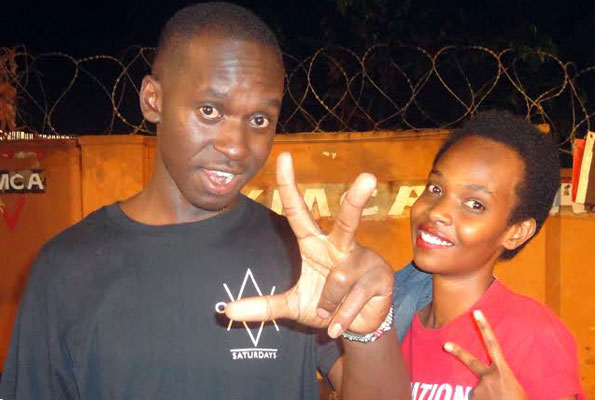 Date with a celeb : The story behind Sade’s name

He means business. Before the Pope visited, #WhatWouldMagufuliDo was trending on social media. The new Tanzanian president is on mission to implement his promises, albeit with some extreme policies. Ian Ford Nkera gives him a nod and guides you on how to be like this guy.
The new Tanzanian president, John Pombe Magufuli, means business. Ever since he took the reigns, he has moved to overhaul the entire Tanzania system, quickly by cutting down government expenditure and cracking down on corruption. His surgical style of administration has drawn a lot of praise from his people and scorn from particularly corrupt government officials. Magufuli is the perfect role model for all misers worldwide. This guy will not spend anyhow.
These chicks who accuse Ugandan guys of being mean surely have not met Magufuli whose mising is at national level.
Last week, social media went crazy with hilarious memes inspired by the hashtag #WhatWouldMagufuliDo to mock the president for his extreme methods in cutting costs.
In case you wanted to be like His Excellency John Joseph Pombe Magufuli aka The Bulldozer, here is your guide:
Walk the talk
While Ugandan politicians feed us on lies, Magufuli is living by his slogan “Work and nothing else”. He has not wasted time in fulfilling promises made to his people because the guy has been working. Forget some of our big name politicians whose sole aim is to serve us comedy.
Magufuli is the real definition of a man who knows service delivery; at least for now. If you want to be like Magufuli, promise what you deliver. Do not be that boss who is yet to keep his promises about salary increment. The next time a cup of coffee at office tastes different, dude that will be the time you finally pay for your sins. People are tired of wordy speeches and need projects on the ground.

Be corruption-free
Can you imagine Magufuli was the minister of Works and he was never implicated in a corruption scandal? But how do these Tanzanians do it? It is baffling to know that a minister in such an office would avoid the temptation to ‘pocket’ one for the road. Apparently, Magufuli’s hands are clean.
In Uganda, a minister will have ‘kilometers of roads’ hidden in his bedroom and still hunger for more without shame. Everyone here wants to ‘eat’, from the tea girl to the CEO. If you want to be like His Excellency Magufuli, just try not to be corrupt.
If you cannot, at least regulate it. Do everything with a clear conscience and avoid buying your way out of trouble, into a new job or anything else. If you were born and bred in Ugandan, chances are high that you just ignored that advice.

Operation spend nothing
It does not matter how little you spend, Magufuli would probably spend much less. However stingy you are, Magufuli ranks highly as the stingiest person in East Africa; at least that is what many of the government officials should be feeling like. Dude put a ban on all foreign travel by government officials and also instructed that workshops held in expensive hotels be moved to ministry board rooms. We all know how a Ugandan public servant’s livelihood relies on workshops.
Money that was initially earmarked for parliament parties was also scrapped to revamp Muhimbili Hospital. Do that in Uganda and you will have all these noisy MPs up in arms.
Imagine how beautiful Independence celebrations can be in Uganda. Well, Magufuli thinks Independence Day celebrations are just a waste of money and they should be scrapped.
To be like Magufuli, ask yourself “What would Magufuli do?” Say, if you own a sleek saloon car that you would like to use to dash to work, but because it is a guzzler, Magufuli would probably walk to work or even run to work to save dime. The fancy loafers that look nice on you could resonate differently with Magufuli. To His Ecellency, cheaper sandals or walking barefooted would cut it.
Do not take a shower before a date because you are probably wasting water. At least that is what Magufuli would do. Ladies, if your boyfriend has never bought you MBs, Magufuli would be proud of him, I tell you.
There you go guys. If you admire the guys so much, go ahead and be like His Excellency John Magufuli.
DISCLAIMER