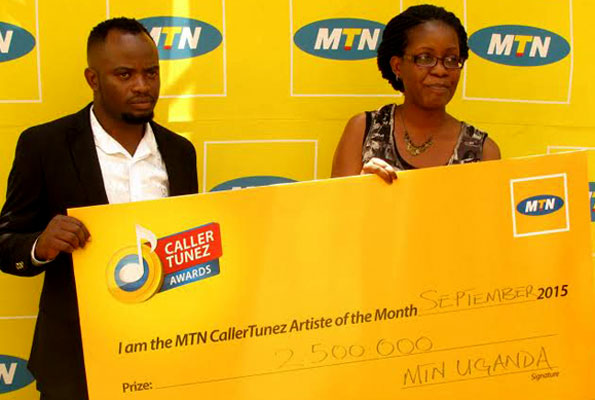 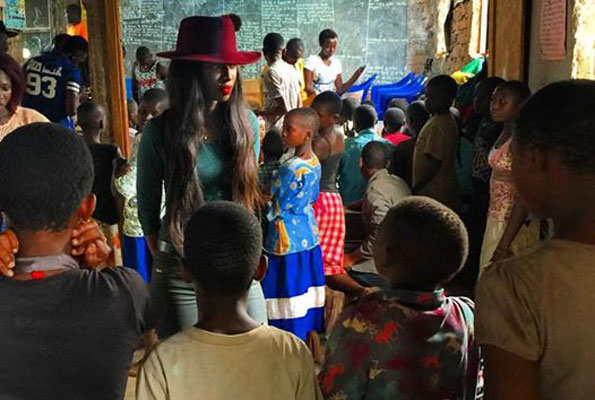 Being a comedian does not necessarily imply Patrick Idringi aka Salvado is always joking. Hell no! For example, we told you that Salvado was not cracking a practical joke when he landed into the swimming pool at the DJ Roja and DJ Slick Stuart’s Mix Tape party at Centenary Park.
The comedian missed a step and ended up in the pool; losing his iPhone 6 Plus and many other valuables. But instead of sympathising with him, many onlookers just cheered him thinking it was a joke.
Well, on this one, we are taking it upon ourselves to caution you in advance. Salvado was not joking when he said that despite his dark complexion, he will be having lots of light skinned babies with his lover Daphne Frankstock.
Turns out Salvado was dead serious. As you read this, we would like to reveal that the two are expecting their second child.
Daphne is about six months pregnant. According to a source close to the couple, they had decided to keep it a top secret that was supposed to be jealously guarded from the public eye. However, we bumped into Daphne somewhere in Naalya over the weekend and she appeared to have put on a few pounds around the tummy area. Kindly join us to wish Daphne and Salvado all the best on their upcoming second baby. And forgive us for letting out your little secret.