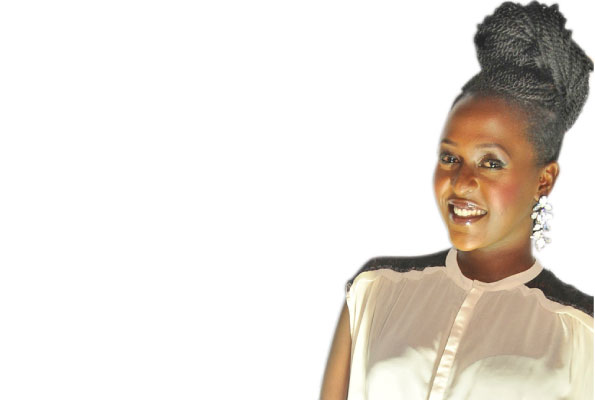 BEAUTY WITH A PURPOSE: Brenda Nanyonjo is the chief executive officer of Miss Uganda. She talks about organising the pageant for five years and addresses criticism of people who say they select  girls who are not good looking, writes Edgar R. Batte

What has it taken for you to maintain the Miss Uganda beauty pageant on the social calendar for the last five years? Many former organisers took it up for a year or two and gave up.
It has not been easy. First, I had to believe in myself, and that is how other people have believed in me. That is how sponsors have come on board and parents trusting us with their daughters. I have been patient and very persistent. This is not an easy project. If I wasn’t a patient person in 2012 and 2013, I would have given up. It is very challenging.

What happened in 2012 and 2013 that got you almost giving up?
When I took over in 2011, it was challenging because after the so many scandals and the drama that were around Miss Uganda, so many sponsors didn’t want to touch it. Luckily, I had a name that I had worked hard for and every sponsor I went to knew me because I had been in the entertainment industry for a long time, and I had also worked with Sylvia Owori, a previous organiser of successful Miss Uganda pageants. In 2012, there was talk and bashing of the winner, Fiona Bizzu, with people saying that she was not good enough. In 2013 the then main sponsors downsized their budget and I was also heavy, so it was challenging. In 2014, Gen Salim Saleh came out to support the pageant, but people thought the army had taken over Miss Uganda, so there was a lot of negative talk.

What have you done right over the years?
The girls get their gifts as promised. All winners have gotten cars. There might be controversies but there are no scandals. We have also tried to be consistent.

You mention scandals, what scandals and drama was identified with the pageant before you took over?
In 2010, before I took over, I heard the judges had chosen someone else and the organiser got onto stage and announced another person and the judges protested. In the 2011 pageant, I had some of the girls that had contested in 2010 coming back to give it another shot, so I got to learn of the hardships they had gone through in the previous boot camp.
Is it true that some of the girls in the pageant were paraded as corporate prostitutes?
I don’t know, I was not there so I cannot say yes or no.

But for a long time you were part of the organising team of Miss Uganda you must know something …
By the time I worked with Sylvia Owori, I was a chaperone so my job was to make sure that the girls behave and that they go to bed at the right time. I was the one who made sure they were locked in their rooms and I kept the keys in my room so I can say they were not involved in “corporate prostitution” as you put it.

So you have never heard about it?
I heard the rumours before I started working with Sylvia Owori but I didn’t see it.

What kind of relationship do you have with Sylvia after you took over as organiser of Miss Uganda?
I don’t want to comment on that.

I remember she posted something that was not very positive on Twitter when the army came in to sponsor the pageant…
I don’t want to comment on that.

How do you deal with the criticism that is directed to Miss Uganda over not being as glamourous as it probably was in Sylvia Owori’s days?
I think being glamourous involves many things. I am not breeding socialites and party animals. That is not my vision for Miss Uganda. That is not my goal. Mine is to actually change and impact lives of young women of Uganda. The glamour is there though it might not be as it used to be back then, because sponsors are not spending as much as they used to. I was with Sylvia Owori and sponsors used to put in a lot. Each company is downsizing their budget. Glamour is expensive so the amount of glamour that is there is okay for now.

People have criticised you for choosing girls they say are not so good looking …
If it is just about the looks and not beauty with a purpose, then I can stand on the streets of Kampala and it would not take me more than 10 minutes to find a beautiful girl, but some of these girls are blonde. They have porridge instead of brains. She will not stand in public and talk and actually make sense. I am not looking for a video vixen because she doesn’t have to say anything. She doesn’t care about her manners and how she relates with other people. She will appear in a music video swinging her legs this way and that way. I am not looking for a pin-up girl. I am looking for someone who can balance her looks, brains and character.
People criticise our choices because they don’t know the requirements for Miss World. People bashed Leah but she was in the top five among the black girls at the Miss World pageant. There were many black girls and ours was among the prettiest. It is only a certain percentage of Ugandans criticising us. Plus, when people talk about you then you are doing something right or worth talking about.

How easy or hard is it to keep Miss Uganda relevant?
It is quite a challenge because she needs to be seen and heard, not only just at parties but at other events. She has to motivate the youths.  We have to facilitate ourselves up to about 80 per cent to make sure all this happens.

How big is your team?
We are 13 people during the search and six permanent team members

Tell us about Brenda away from the workaholic or organiser of Miss Uganda…
I’m involved in events management, in Kezzi Entertainment. I am also involved in fashion. I have a fashion house called Miss Fix it with Lillian Kyabaki as my partner I am also a mother.

Who is the father of the baby by the way?
I am not telling you.

Is he Ugandan?
Yes, he is Ugandan but a British citizen.

What other things interest you?
I like music a lot. I used to sing with Big 5 and then I was a lead singer of Misty Jazz Band. I am  an actress too, though I do it part time because of my schedule.

What message do you have for fellow young ladies?
Stay focused if you want something. I gained celebrity status at a young age and my friends at campus wanted to hang out with me to be seen in newspapers. There are people who will say they want to be like me in two years but I have gone through a lot. Also, if you want to be successful, don’t put money first.