How to be …Ofwono Opondo 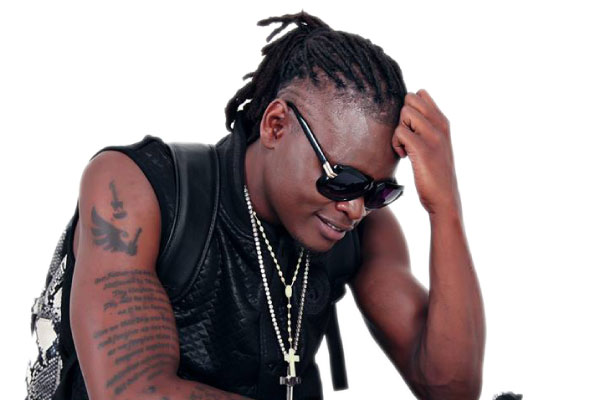 Talk and talk:  To be like the government spokesperson, you must talk. Just keep talking even when you keep contradicting yourself. Just make sure you don’t keep your mouth shut, writes  Ian Ford Nkera

The thing is that you can’t. No one can be like Ofwono Opondo and I am pretty sure not many people would want to. He makes it very hard to like him with every word coming from his mouth bound to make even the most peaceful person draw battle swords.
He is basically an example of what our mothers meant when they said always think hard before you speak. His words have been interpreted as a tad too “distasteful, uncalculated and uncouth” by many political critics and have got him into trouble with the public countless times. I couldn’t agree more. He has never known when to say what where.
Ofwono Opondo, who is the government spokesperson, has been drawn in the Amama Mbabazi presidency drama as expected and he has also gone lengths to demean the person of Mbabazi in embarrassing fashion. Even more embarrassingly,OO, as he is fondly called, became the posterboy of shoplifting around the world after sneaking boxers out of Uchumi Supermarket some years back. If you insist on being like Ofwono Opondo, here is your guide:

Talk ‘fwaaa’(anyhow)
On your marks, get set and now you can open your mouth. Just like Ofwono Opondo, treat every talk as a verbal sprint and have no regards for the bends on the track. To put it precisely, speak with no specific aim and do this without respect. Be like the woman at the muzigo, who wakes up every morning and is confused on what to accuse her neighbours of but still goes on nevertheless. You can be like the wife who thinks by bringing out the dirty linen of her husband to the public will win their sympathy. The wife is seen as a big joke but unfortunately, this might be something she will never see. We all know those emcees that annoy us at functions. Going on and on about what doesn’t matter. Be like them.

“Calvin  Opondo Klein”
While the inner shoplifter in us is brushing off thoughts of sneaking out a bottle of liquor from a mall, the great Ofwono Opondo was in the underwear section saying ‘if only’. Well he did exercise his ability of ignorance until he was betrayed at the exit.
The guy was stuffed with underwear and he simply had no explanation. Like let’s be honest. Who dreams of shoplifting boxers? Anyway being like Ofwono Opondo requires you to leave any trace of shame at the gate of your home in Kisaasi. Head to any shopping mall with full knowledge that your armpits will be the trolley that day. Sneak out with goods unpaid for and if it so happens that you are stopped,do those things ‘bazungu’ do of saying “Sarriiii it musta been a mistake.”Unless you look like a Naguru bandit, people should believe you.

Mbabazi is no threat?
Really? Ofwono Opondo has spent the past weeks engaging everyone about how Amama Mbabazi is no threat to government. Why constantly talk about someone you are not worried about? Ofwono Opondo should have been in Amarula Family. He is one big joke.
To be like Ofwono Opondo, you can be like the guy whose woman is being wooed without him knowing. He will brag that he bought her a car and pays her rent until she accommodates herself under another man’s arms rent-free.
You can basically be that guy who lives in denial when his ‘children’ are starting to look like his neighbour Musa. Basically, be that guy who is trying to play down a real threat.

Ofwono the “hypocrite”
Up and until the time former prime minister Amama Mbabazi was relieved of his duties, our beloved Ofwono Opondo had never questioned the workmanship of Amama. Even when Amama was dropped from government, Opondo defended the President’s decision as being a “routine change in structure”. When Amama Mbabazi announced his thirst for the presidency job, Opondo somehow remembered that the guy used to be corrupt and he never visited the north. But Ofwono ‘who grew you’ surely? He has taken the whole thing personally.
To be like Ofwono Opondo, you will have to do what they call “putting in feelings” where they are not needed.
Always be the cry baby no one wants to give attention to. Be the girlfriend who breaks up with a guy and remembers that the jewellery he bought when they were still dating was fake and is telling all her friends about it. It never matters. Everyone sadly looks at you as ‘not so smart’.
There you have it. Go ahead be like Ofwono Opondo.