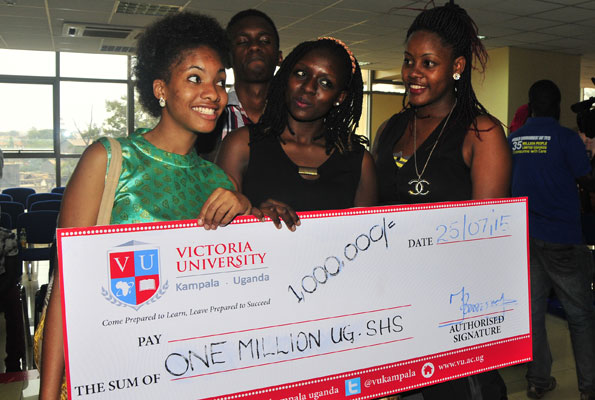 Like we told you recently, comedian Felix Jesero aka Dolibondo is set to hold his first comedy event.The standup comedian is testing the event promotion waters and he is behind the Camp Comedy Experience show.
But unlike many promoters that start from scratch, Dolibondo is lucky! The latest info on our desk is that the Laftaz comedian recently received a shot in the arm from Nile Breweries Ltd (NBL) under their Club Beer brand.
A source told us that Dolibondo received $20,000 (about Shs 66m) from Club Beer as sponsorship towards the Camp Comedy Experience.
When contacted, Dolibondo refused to state the exact amount he received from Club, but he didn’t deny the figure above.
Dolibondo, however, told us that Club are the main sponsors of the event and every reveller that will turn up for the event will receive free club beers.
The show is slated for Botanical Gardens in Entebbe on August 29, it will be the first of its kind where comedians will crack their fans’ ribs around fire places over a drink and nyama choma. Dolibondo also confirmed that there will be tents for hire for those that will want to expand the adventure and spend the night in Botanical Gardens.