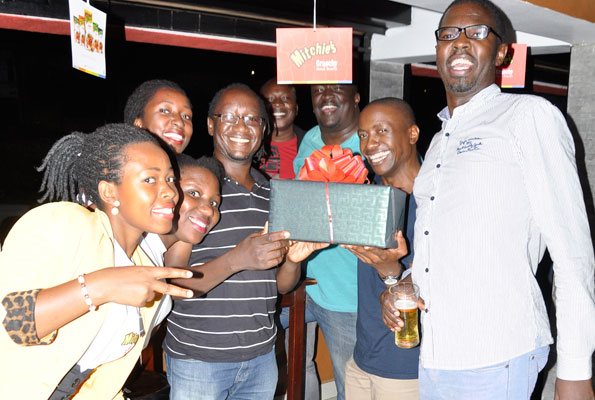 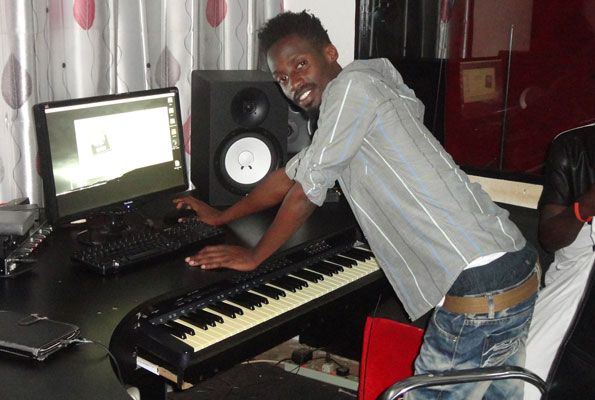 Comedian: Ronnie is a standup comedian. His job is to make people laugh, so he gets his satisfaction from watching them in bouts of laughter. He talks to his fan Ali, about his comedy journey.

What is your real name and why do you use Ronnie Mcvex?
My name is Ronnie Musiimenta. Mcvex, is my stage name. But I have other names. In Rwanda, they call me Nsengyumva. My peers call me Mr Good News. My mum calls me miracle boy. My mother-in-law’s daughter calls me baby.

Tell me about your comedy journey.
I started with a group called Brain Wash Comedy, a bunch of young talent trying out our luck in this business. We had shows at Sabrina’s every Tuesday but it was not easy to convince and maintain an audience as we were looked at as try outs. At times we would give our friends transport to and from the show. Abbey Rafsanjan later took us to Club Silk for a monthly show and this really proved our worth to other comedy platforms. Herbert Ssegujja Mendo spotted me and invited me to feature at a Fun Factory show Five Star Madness at Hotel Africana. They liked what I did and invited me to feature in several of their shows and later took me on as their own but I also work with other groups because we are family doing the same business.

Why do you always refer to the westerners in your skits?
The best joke a comedian can ever do is about themselves or about their very own, so being a westerner, I know what to talk about.

I see you with both Fun Factory at National Theatre and the Krackers at Laftaz. Where exactly do you belong?
My identity card identifies me as a Fun Factory stand-up comedian. Like I put it earlier, Fun Factory has been a strong anchor towards my success as a comedian. At Laftaz, I perform there once in a while because they have also accommodated me, respected my talent and taken me as a brother.

Have you ever failed to make the audience laugh at any one time?
Not really that much. Just one joke that my audience at National Theatre didn’t get and when I did it in Kigali, I was given a standing ovation. I always work hard to deliver to my audience.

Who inspired you to do comedy?
Kenneth Kimuli aka Pablo is a legend and an inspiration to me and the Fun Factory guys as well.
Besides comedy, what else do you do?
I emcee at corporate events. I am working on a production but can’t promise much now and was also a host for the NTV@8 promotion.

Why did you join comedy?
It’s naturally part of me, so I couldn’t run away from it, it’s a business like any other so I earn from it and take care of my bills and it was always a desire. I enjoy seeing people laugh at jokes

What do you do to calm your nerves before you go on stage?
I pray before stepping on any stage. I also visit the washrooms more than enough times.

How different are you from other comedians?
I’m always smart, I appeal to every audience with no fear and I watch my language a lot.

Who is your designer?
Myself. Although my girlfriend advises me a lot because she’s good with fashion, I put on what I feel comfortable in.

What are your hobbies?
Travelling and playing soccer.

Have you ever watched yourself on stage?
Yes, I watch the clips and it helps me make corrections where I didn’t do well.

What were you doing before comedy?
I was in school and God was preparing me for my time. I was somewhere in an incubator. I spent most of my school time in Mbarara, so that’s why I was not that exposed.

Which Ugandan song do you know from start to end?
Lilian Mbabazi’s Dagala and Naava Grey’s Ninga Omuloge. I’m a fan of Goodlyfe and I can sing every word of some of their songs from start to end though Weasel’s parts confuse me. My favourite is Breath Away – Radio’s lyrics are so mature and so on point.