How to be … Floyd ‘Money’Mayweather 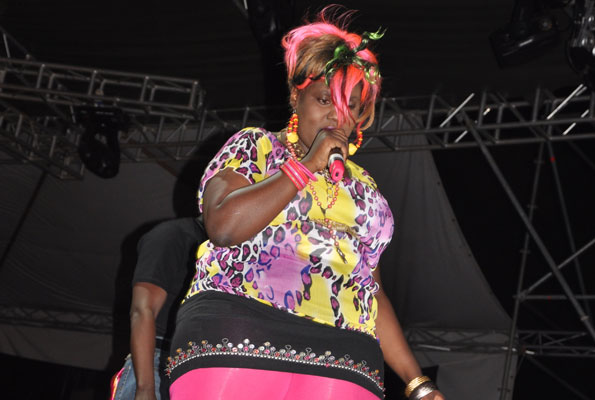 How to be …The colourful and dramatic Straka

Date with a celeb : Chilling with Mikie

Unbeatable: Just at the weekend, he took home more than Shs500b, and in his parking lot are about four Bugattis. Ian Ford Nkera guides you on how to live this guy’s life.
As you complete the 12th and final installment on the purchase of a used Toyota Vitz of the ‘UAN’ series, boxer Floyd Mayweather will be facing the worst dilemma of his life — choosing which of the four Bugatti Veyron’s in his parking lot to drive to work this morning. A Bugatti costs in the excess of $1m (about Shs3b), and to reemphasise, this boxer owns about four, and a range of other top of the range luxury cars. Call it madness or whatever you want; Mayweather suffers from a chronic case of having too much money and not knowing exactly what to do with it. Obviously with NSSF and the landlord sniffing your salary, we shall understand why the number of cars you drive is a multiple of zero. Kampala is very hard my friend. You wake up very early in the morning to go and embrace insults from your boss at work only to earn peanuts, yet one boxer will make $200m (about Shs600b) after an hour’s work. That is just how unfair this world can be. And to think that some of us can only afford to buy a pair of boxers every Christmas and this Negro has a pair for each of the 365 days of the year. Blasphemous I must say. So, if you want to be like this undefeated boxing champion, here is your guide: ‘Money Floyd’ You won’t find Mayweather trotting the Vegas streets looking for a mobile money agent. The dude always moves with loads of cash to bankroll any insane shopping sprees. If he sees something he likes, he will go into the store and buy it. He will pay for a Ferrari in cash and still have a significant balance to spend, unlike some of us who buy underwear on credit. How embarrassing! If you want to be like Mayweather, remember to always carry sufficient cash when doing any kind of shopping. Kindly do not be seen bargaining for a loaf of bread at the supermarket. It simply shows no class. And you madam, what are you doing outside your favourite shop straining your eyeballs looking through the glass walls? Enter that shop and splash that cash on those heels your heart races for. Arrogance 2.0 Floyd Money Mayweather is a boxer, so we cannot be surprised by his infatigable ego. In Floyd’s eyes, everyone, and I mean everyone, is inferior and he is not shy to let everyone know. You wonder how a man so little would have an ego the size of the entire universe. Maybe if we all had $300m seated comfortably on our accounts, we would have something to say. He believes he is the best and everyone around him is, for lack of a better word, crap. To be like Money Floyd, you have to make your presence felt. Since we all can’t drive Ferraris, we can be resourceful with what we have. Be the kind to roll up your Toyota Caldina and park conveniently in Sudhir’s parking spot that clearly has a “RESERVED” signpost at Crane Bank. Do not be afraid to take out Mbire’s daughter to one of those beaches in Kasangati and even invite her to your one-roomed pad in Makindye. It is called being assertive, people. Trouble Floyd Mayweather has knocked out everything from the likes of Shane Mosley to a couple of girlfriends in the past. The assault incidents with some ex-girlfriends have seen him do time in jail and his image has been scarred from all of this. Incase you have a woman whose primary role on earth is to give you the mother of stress, kindly ignore her. Even if she tickles all the enzymes in your digestive system and nags you out of your socks, do yourself a favour and walk out. However much the flower vase in your house would look more beautiful if dismantled on her skull, simply pick your phone charger and match out majestically. Unless, of course, you want to be like Mayweather and be guest of honour at Luzira Prison, you can conveniently land your knuckles on her jaws. Hug your enemies If you watched Mayweather’s bout against Manny Pacquiao at the weekend, you will admit that Floyd’s style of fighting is nothing but romantic. You must have noticed that as Pacquiao courted him with blows, the best thing he could do was to shyly run away and try to hide. Occasionally, Floyd was seen hugging Pacquiao instead of launching a barrage of blows. If you are a woman who has been suspecting her man for infidelity and you catch him with his side piece red-handed, join the party delightfully. It is a game of numbers and you can be another statistic. Absolutely no love lost. There you go. You can be like the undisputed champion Floyd ‘Money’ Mayweather.

This is a humour column and the views expressed henceforth may not neccessarily be an objective assessment of the individual.